We had a rough night, lots of suctions for Rory who was unsettled, he had taken his nose off and sucked on it for comfort, which then dried him out, so when he was coughing and we put the nose back on, he then loosened all of his secretions and needed suction, after suction. We were up and down like yoyo’s. This then woke up Austin, who ended up in our bed, and then even though he was half asleep, wouldn’t let me back in my own side of the bed, he had taken it over for himself. He was shouting ‘no mum’ when I tried to shuffle him over, even though his eyes were shut and he was asleep. So I climbed into bed with Rory, who was wide awake but happily nestled up to me for cuddles, which was nice.

I tried to dress Austin but he was firmly defiant. He kept telling me ‘no Mum, Me, R Di’s house’ indicating that he really wanted to go to Nannies house and not nursery. With a little bit of bribery we managed to get Austin in his clothes, but shoes were a bit of drama.

On a second attemp, Austins were on but Rory got in the car in his socks. We would try again when we pulled up at nursery.

Daddy managed to get the shoes on for Rory but as we got out of the car, he refused to walk. He was crying and wouldn’t put his feet to the floor. We had this for a few weeks last year, he doesn’t like new shoes. Even though these new shoes are identical to the shoes he had last year, just a size bigger.

Austin put his bag on and walked into the playground with no drama, slipped straight back into routine. He was riding round on the red trike waiting for the doors to open.

Rory still wouldn’t put his feet to the floor and so I decided that actually, it was more important for Rory to have a positive experience today, than for him to wear his school shoes, and so I put him his red wellies on. Almost instantly, he stood up and ran into nursery with all of the other children.

Daddy watched that they were settled and snook off and Jaime took over the bag and the machine and I stood back in the wings.

I can’t help but think that even though I have all of the extra stress, worry, paperwork and drama of having children with additional needs requiring medical equipment and nurses and PA’s, I am lucky that I got to witness every second of my precious boys’ first full day in nursery.

I watched them settle straight in, choosing and playing. I watched Austin join in with the ‘wake up, shake up’ song and I watched Rory do his own thing, before showing curiosity and going for a look, taking notice of what the others were doing.

I watched both of my boys pour themselves a drink and choose snack. I watched Austin playing and making friends. I watched him asking the nursery manager to sit next to him, pouring her a drink. I watched Rory leading unfamiliar adults and showing them what he wanted. I watched Rory choosing books and interacting with Jaime. I pretty much left them to it. I felt at ease the whole time and didn’t feel like I needed to take over. I trusted Jaime almost instantly.

I watched the boys go in and out, playing in the water and the sand. I watched them paint and draw and run around and climb.

I watched what happened when Rory went to do a story in one group and Austin stayed to do music in the other group. Austin kept coming and looking through the window and saying ‘RoJo’…he was checking on his brother.

Rory sat for a short time with help for the story, but he wanted the book, he wanted to hold it and he wanted to look himself. It was Peppa. He was also hungry towards the end. He was tapping his tummy, and nobody fed him, so he started rattling the door, nobody let him out, when the group time was over and we went back into the main space, he was tugging at his bag, but there was no lunch in there, so he went and stood behind a chair ready to sit down, but it wasn’t quite time and he was getting really frustrated because he was trying everything he could to tell the grown ups he was hungry. And eventually when it was time, a few minutes later, he sat down. He was the first to sit and the last to leave the table, he had a feast.

The afternoon saw more of the same, choosing. It was lovely to watch Austin doing all of the moves to the Hello song in the afternoon because last time I was in nursery, he just stood and watched. Which is possibly where Rory is now, because he came straight over and watched. The staff said that he really liked this one, and last term he copied some of the actions too. We downloaded it when we got home this evening and have been doing it in the playroom. Rory was smiling the whole time. Austin was a complete pro. Singing along.

Austin was a bit silly in the afternoon, not listening, copying some of the other boys. It was really hard trying to not say anything but I couldn’t let him choose not to listen to the staff and so I intervened and he eventually sat on his bottom. I can’t stand the thought of him thinking he can get away with things, and he is a copy cat.

I tried to keep myself busy tidying around and even did a spot of weeding in the afternoon, weeding the herb garden in the outdoor space, taking a back seat but still being there. I quite enjoyed pottering.

The end of the day soon came and we collected all of our things and left. The boys were so much more grown up than they were 6 weeks ago. Walking back to the car was so much easier than it was 6 weeks ago. Austin carried the lunch boxes and his own bag.

I was certain they would fall asleep in the car on the way home but they didn’t, and they had so much energy for the rest of the afternoon, finally falling to sleep around 8PM. They were just thriving from excited energy. They were smiling when nannie came and asked them about nursery. Rory cheesy grinning.

It was hard at times seeing that my children were usually the ones not doing what they were supposed to be doing, but both are strong willed and we have to remember they are only 3. We do expect a lot of children don’t we. They will all get there in the end. Some just have to work a bit harder than others, and if there is one thing we aren’t scared of, its hard work.

Here’s to the first full day without Mummy tomorrow. 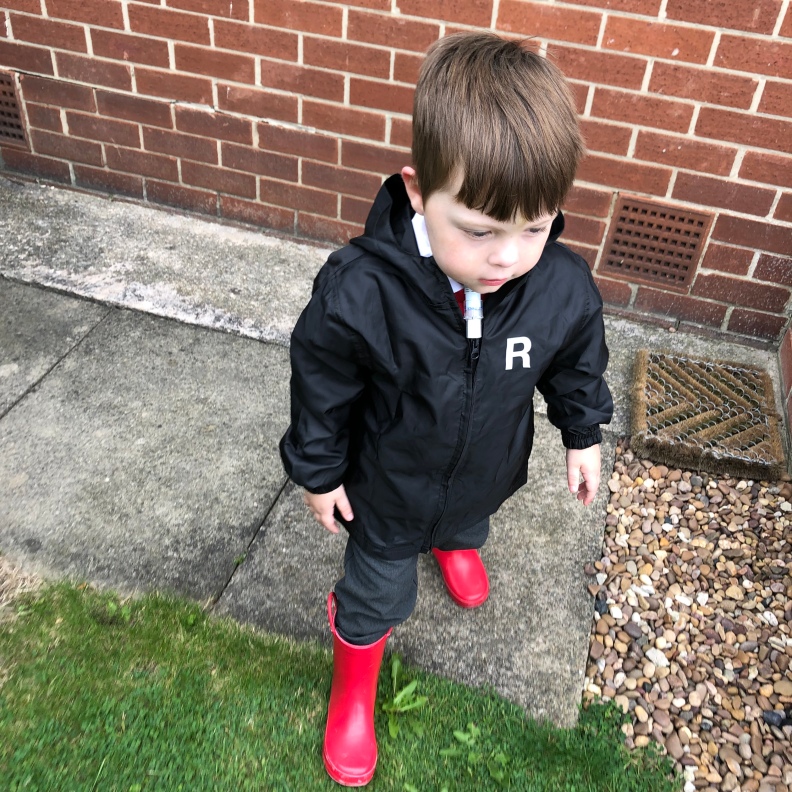 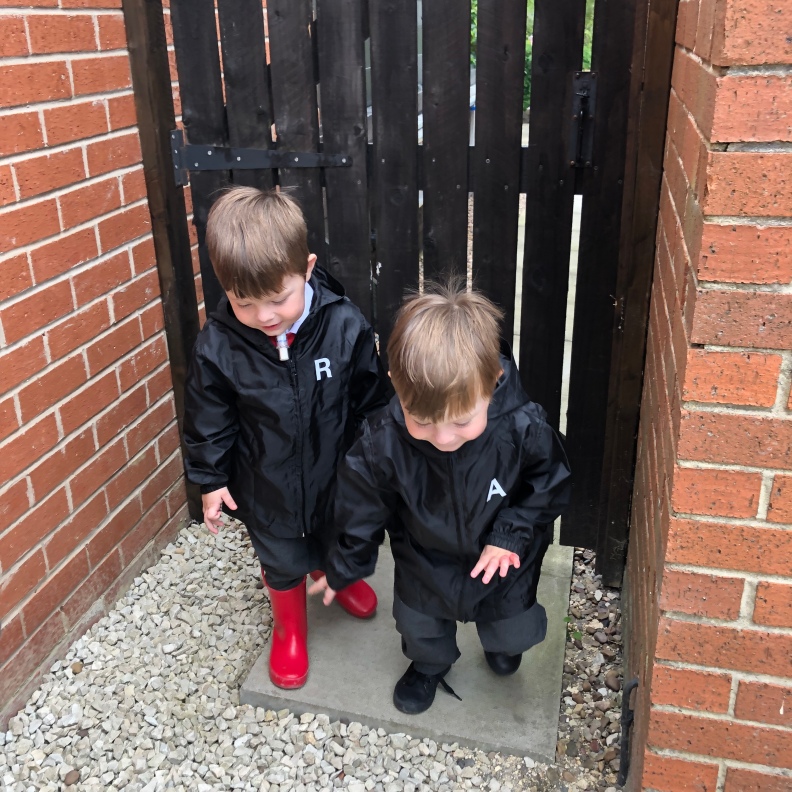 One Reply to “Mums view!”