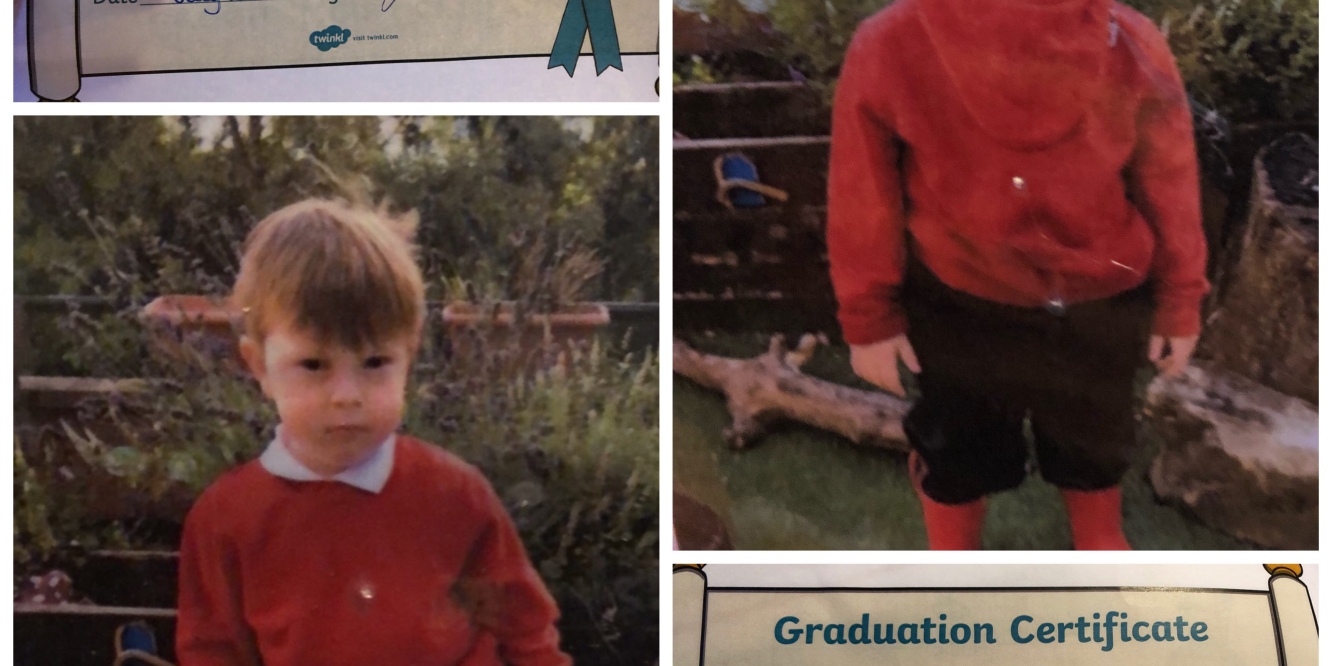 This originally set out as an instagram post but the tears streaming down my face told me that it needed to be much more than that. And so here it is.

Yesterday we received an envelope jam packed with emotion from the boys pre-school. Inside that pack were their learning journals, pictures of them enjoying pre-school since they started 2 years ago along with paintings, drawings, observations, reports and all of the usual medical bumf about Rory that seems to bulk out every file that’s ever had his name on. And It just got me emotional.

It has to be said that Covid-19 has changed what we thought 2020 would look like. For us, the biggest shame has been that the boys first full-time year in setting when they were healthy enough to brave out the winter, when they had consistent nurse cover with Jaime and when Rory in particular had a key worker who totally and utterly ‘got him’ and would have moved heaven and earth to do right by him – ended with more of what they have had for 6 months of the year for their first two years – isolating at home from respiratory bugs that our immunity and respiratory system aren’t strong enough to fight. It really felt like the constant battle that we have, was won. And then just as we were grabbing the trophy, someone swiped it and ran off with it.

Our journey to pre-school began when Auntie Chloe suggested we go have a look around. It wasn’t our local pre-school but we knew the manager and knowing how big a struggle it would be to get everything in place for Rory and for me to be brave enough to leave my precious boys in the hands of someone else. That helped.

One of the hardest decisions I have ever made in my life was to send Austin to nursery without Rory. From the day they were born i’ve always ensured they had the same opportunities and I will move mountains to make sure Rory doesn’t miss out because of his extra challenges. But I did it. You can read all about that in the blog Hello Nursery

Austin started in April as Rory started in September. That first settling in hour was so strange, only having one half of my boys. And the look they gave eachother over the baby gate when they were back together, i’ll never forget. You can read about that here One Hour!

The nursery/non – nursery days soon became part of routine and in fairness, it did them both the world of good. Day one was difficult, Here was the original blog Day 1 of our nursery / non nursery days!

I remember the first parents evening for Austin, I blogged about it here Another 1st for Austin!

And finally Rory was able to join Austin at nursery. I’m so glad I wrote these blogs to look back at. Rory’s first session is here…Rory’s Turn.

We secured a nurse in Claire who without doubt has been an absolute ROCK in this whole nursery / school / trachy journey. She will always be part of our extended family. You can read all about this in the blog The Next Chapter.

Getting Claire ready to care for Rory before that September was a huge deal. Lots of blogs were written detailing the tracheostomy tube changes and the first time I ever left Rory n her care at Pre-school. Which was an absolute breeze by the way. I have never worried about leaving Claire in charge. The blogs are here…

It wasn’t without its problems. We had poor attendance, either because of poor nurse cover via the agency when Claire wasn’t available, or being poorly because this was our first winter out of isolation and we picked up everything going.

3 weeks into nursery and Rory was hospitalised with a cold.

It took until January though for us to do a full week. The turn of the year also saw Rory’s new Key Worker, the new Deputy Manager and SENDCo start work at pre-school who turned out to be absolutely invaluable beyond measure in shaping Rory’s future. Laura – I can never thank you enough. The day you walked into pre-school made such a difference to our experience, especially for Rory. You are one of very few people who ‘get him’ and I will forever be thankful for how you have moved heaven and earth to show that he can. Because he can. He is a clever little man, he just relies on someone to work with him to think outside of the box. You did that.

There were many battles with the care agency providing nurse cover for Rory and in the end Mummy took on the challenge of employing our own carer and cutting out the agency in the aim of getting consistent cover and nursery attendance for Rory. Together we built Team Rory, with Jaime – who with all credits to her had to train for Rory from the beginning, having never cared for anyone with a tracheostomy before. She completed the FULL tracheostomy training package and took on the full time role looking after Rory in nursery. This was going to be a game changer.

And then their first day of FULL TIME nursery happened.

I think all in all we managed about 4 full weeks between September and the 2nd March, our last day in Pre-school through illness in one way or another.

It is really sad that this is how it has ended. I am sad that Rory didn’t get to drain Laura dry of her input, because she would have made a huge difference. She did anyway, but those 4 months have been lost, to never be returned. I’m sad that those friendships that Austin and Rory have created may be lost, as the boys will now go to a different school to their pre-school friends. I’m sad that those opportunities are lost.

But at the same time, i’m so proud that despite having to fight my biggest fight, I enabled those opportunities to happen in the first place. I made that happen. We are fortunate that in Pre-school we had a manager who supported us to get things in place. We had staff like JoJo and Deddy who happily looked after Austin when he was sad and didn’t want me to leave, big cuddles or getting the fireman Sam toys from the shed.  And I will never forget JoJo for helping Austin to eat bread for the first time. That was such a huge milestone.

Thanks to all of the team for all of your input. It is hugely appreciated. I’m tentative about naming everyone and i’ve probabl said too much already, but I really do hope that staff know how important they have been these past two years and how big a deal it was for me leaving my precious boys with them in the first place. Both boys grew hugely in character, personality and confidence. Austin didn’t say a word when he started and he never shuts up. Rory was completely feral, had little to no communication and interaction and now he can follow instruction, engage with others, interact and communicate in a billion ways.

One more step along the world we go. 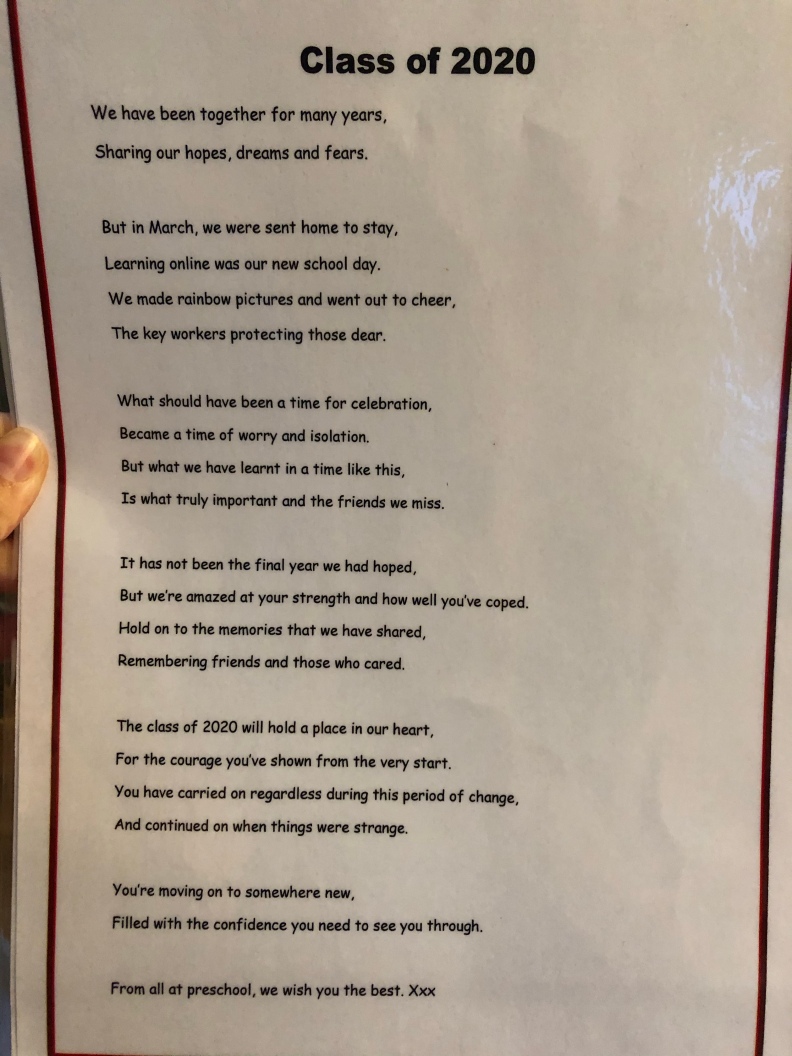 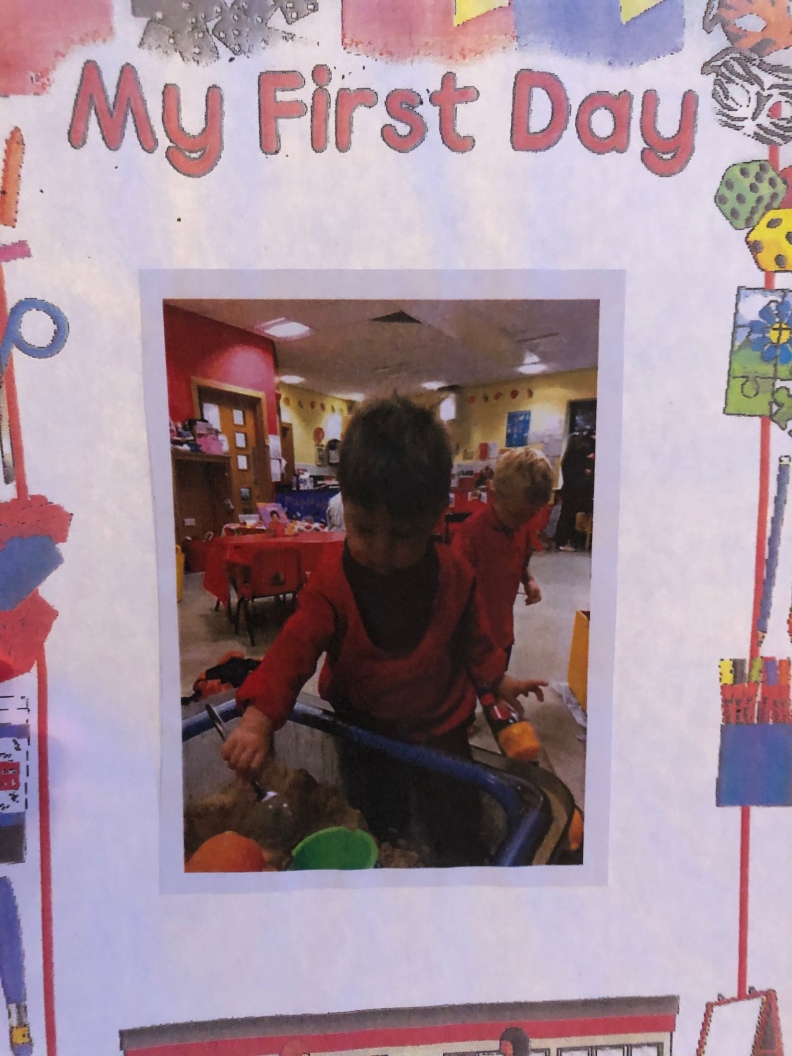