We are almost 4 years on from the end of our IVF journey, our premature birth and our 99 day NICU stay. We are 3 years on from a very difficult year mostly spent in hospital where Rory gained his tracheostomy. We are more than 2 years on since our last hospital stay.

We are 2 years in to the most ‘normality’ we have known.

But what is normal for us?

Twin boys born at 26 weeks and 3 days, weighing 943g and 840g, we had a long and difficult NICU journey with many uncertain days. It was explained to us many times that there was no guarantee we would make it home. Naively when we drove home from hospital at 99 days old, we felt on top of the world. We had prayed for this day for so long and we had overcome everything that had been thrown at us. We were leaving with two babies who were breathing and feeding on their own. We were leaving with two babies who aside from being a little fragile, with a low immune system, fragile lungs and chest and a complicated medical history already, we didn’t have a specific diagnosis or disability that would have led us to a life any different to that we had dreamt of. Or so we thought.

If only then, I had realised that the scars of prematurity would last this long, perhaps I could have been better prepared. If only I had known what was ahead of us. Those 21 days before Rory’s windpipe collapsed and the 3 months in hospital where he eventually ended up with his tracheostomy….were bliss. Those 21 days were the most normal we knew. Even if it meant we had lots of check ups, lots of nurse visits, lots of blood taken to check on our lack of immunity, that really was the closest to normal we ever knew.

But what is our normal now? And how does our premature birth effect our life at almost 4 years old?

What does Mum find difficult?

Austin and Rory have done amazing getting to this point. On the outside they look fighting fit and as a result people forget where they have come from and whilst that is not an attempt to ‘cling on to the past’ or ‘make excuses’ but actually to point out that their progress from their beginning to now should be acknowledged and not be compared to their peers.

Both boys are meeting milestones within the 30 – 50 months stage and when you consider how much harder they have had to work to get there, that is amazing. But Mum finds it difficult when we are then expected to be ‘just like our peers’ and that we are assessed in exactly the same way with no real consideration for that fact. For example, Austin only just started babbling in January 2019, in 10 months, he is now speaking in full sentences. It isn’t always clear, but if that was an 8 month old babbling, and at 18 months, they weren’t clear, would you be concerned? And that’s without considering all of the above ‘prematurity scars’ that impact speech.

It frustrates Mum when our corrected age isn’t taken into consideration. Nor the fact that had we been born at the correct time, we would have been amongst the youngest of our peers. And also, consideration should be given to all of those things we missed, like baby groups, messy play etc where those all important early skills and experiences were missed which are so important for childhood development.

When considering everything, we are doing amazing. We work so hard for every single little milestone.

The big deal for Mummy at the moment is Rory’s communication barrier and when taking everyone into consideration, it is this that is most prevalent, albeit the upcoming (fingers crossed) reconstruction surgery in spring being the biggie!

People don’t really understand Rory’s communication challenges and how they present. There may come a time, once Rory has his tracheostomy out and has found his voice, and he has been given plenty of time to learn how to interact and speak and communicate, that he may still struggle and there may be other considerations in supporting him with this, but we must bare in mind right now that his circumstance, his lack of social interaction, his start in life and his lack of voice plays a huge huge part in his day to day life, his ability to communicate his mental, social and emotional needs and as a result all of this displays in his behaviour. That may read that Rory is ‘naughty’ and that isn’t so, but he struggles to follow adult direction, respond to instruction or praise and so it may seem that he just ‘does as he likes’ or ‘doesn’t listen’ but its just that Rory needs to learn to communicate a different way.

The hardest thing for Mum is that she is still, almost 4 years in, not able to exercise all of the parenting ideals that she imagined including take us anywhere on her own. She not only has two children the same age, both with very different personality and needs, but a huge communication barrier, a tracheostomy, a bag full of medical equipment and a little boy new to wearing pants.

Thankfully we have an awesome Daddy who works really hard and does his best to be their when Mummy needs him. 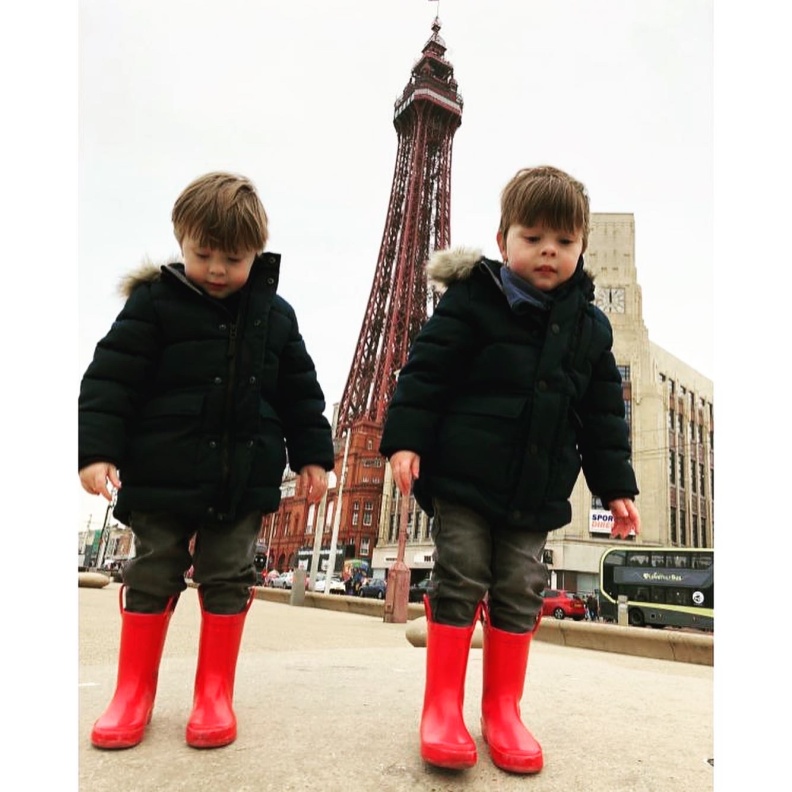