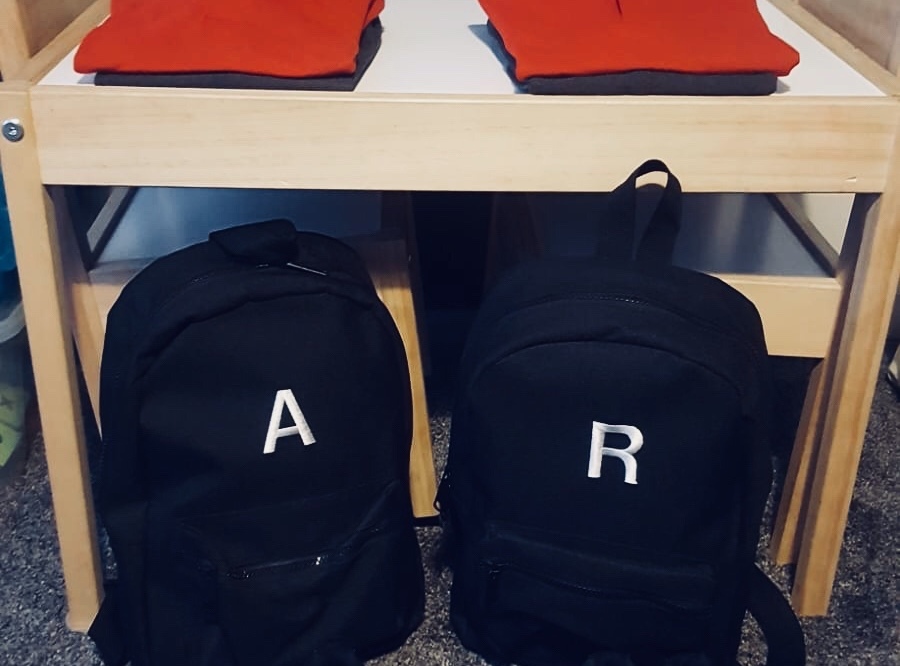 So the final week of the holidays, the final hurdle before our next chapter.

We came home from the caravan on Tuesday, had a quick visit from Uncle Nath on Wednesday… 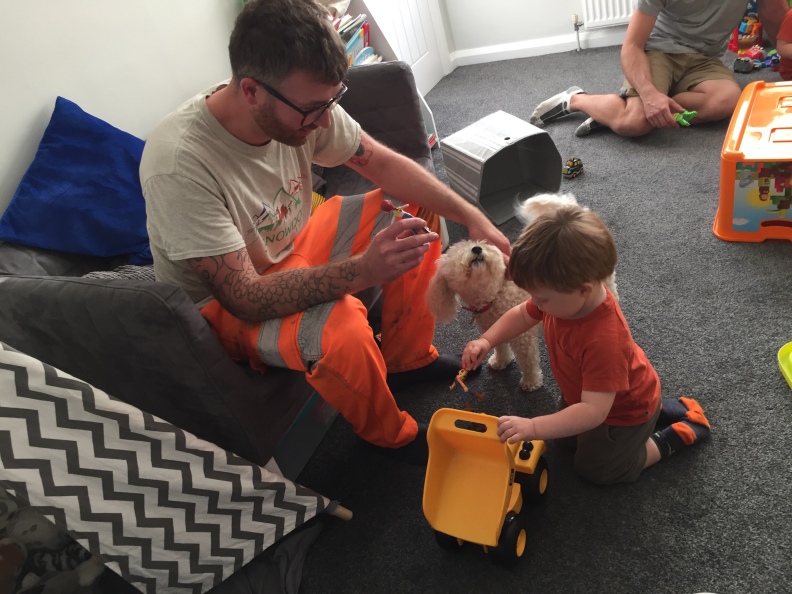 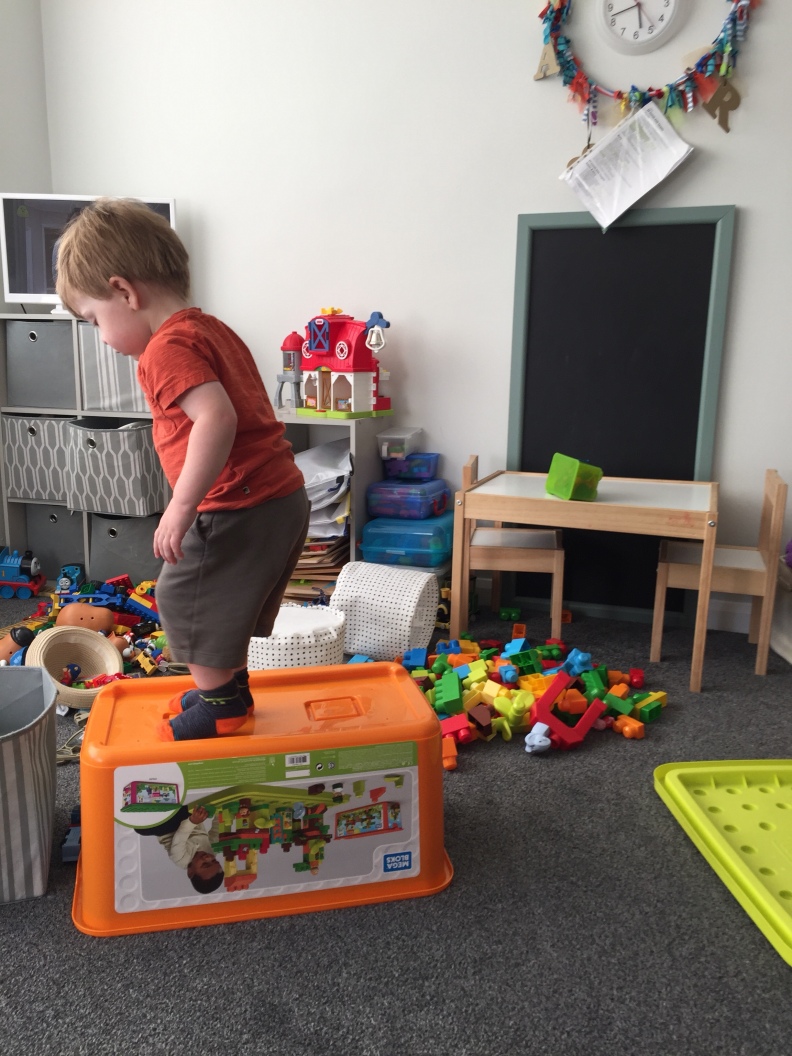 On Thursday Mummy decided to mix it up a bit and do nap time in our buggy. She recruited Nannie and went shopping for a complete wardrobe overhaul, we managed a quick nap but Mummy, despite trying on half the retail park in outfits, trying her best not to wake us, getting dressed and u dressed like a ninja, managed to buy two jumpers. And its turned sunny again! Winner! 🙄🙈

We all walked Beau whilst tea was cooking nicely in the oven, Austin giggled all the way holding Beaus lead! We stopped for a quick rest on the bench between the ponds… 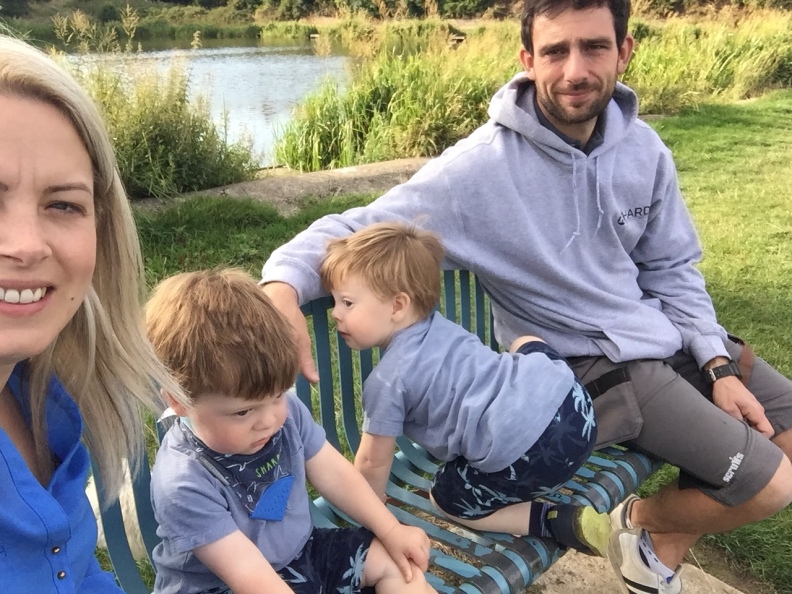 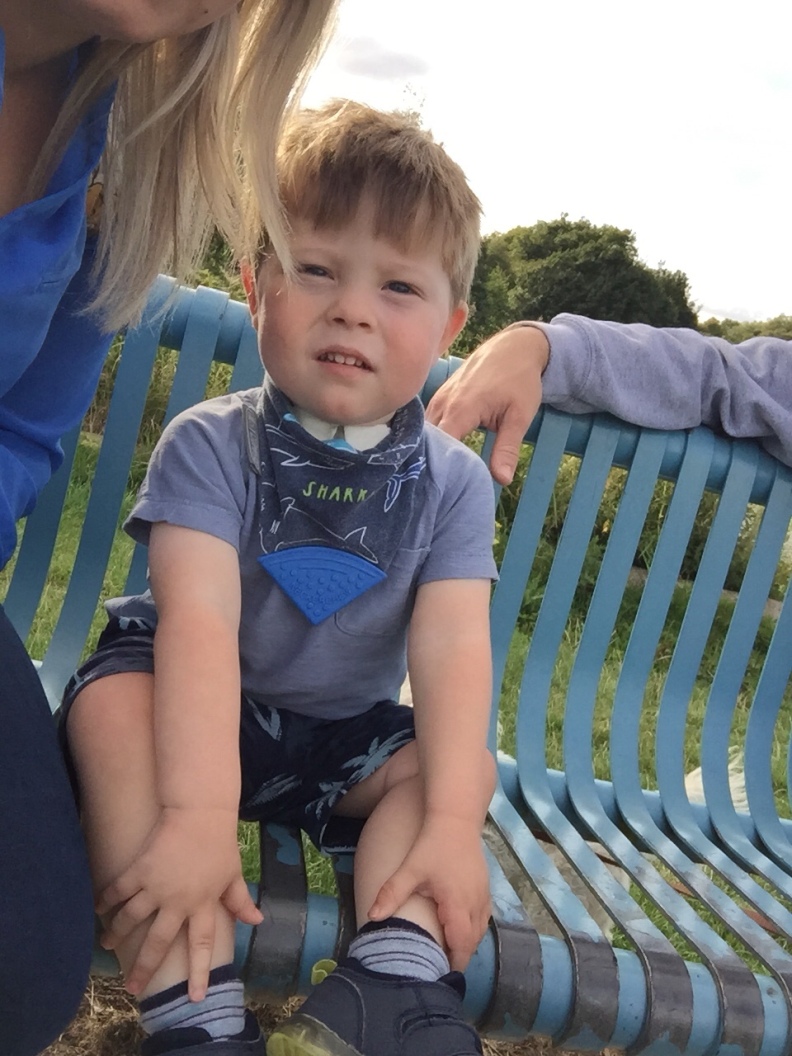 Daddy finished his job for this week, a day early, and so we grabbed it and went to the Yorkshire Wildlife Park, and then Frankie & Bennys. We do tend to eat out a lot. And mummy tends to take us where she knows we will eat, at first it was pizza hut, and then mcdonalds and now we have moved on toe f&b’s, and so from now on we will practically live there at meal times. Here I am after eating cod goujons, chicken dippers, sweet potato fries, fries, salad and garlic bread. I even had brownie and ice cream for pudding! 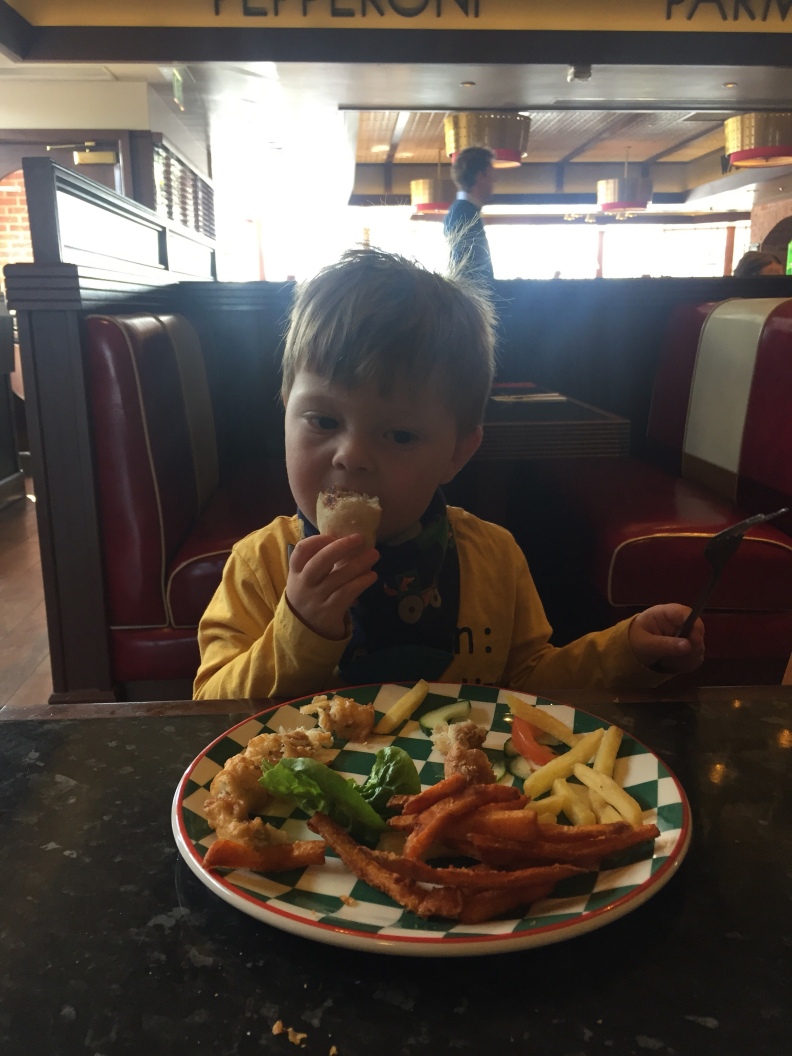 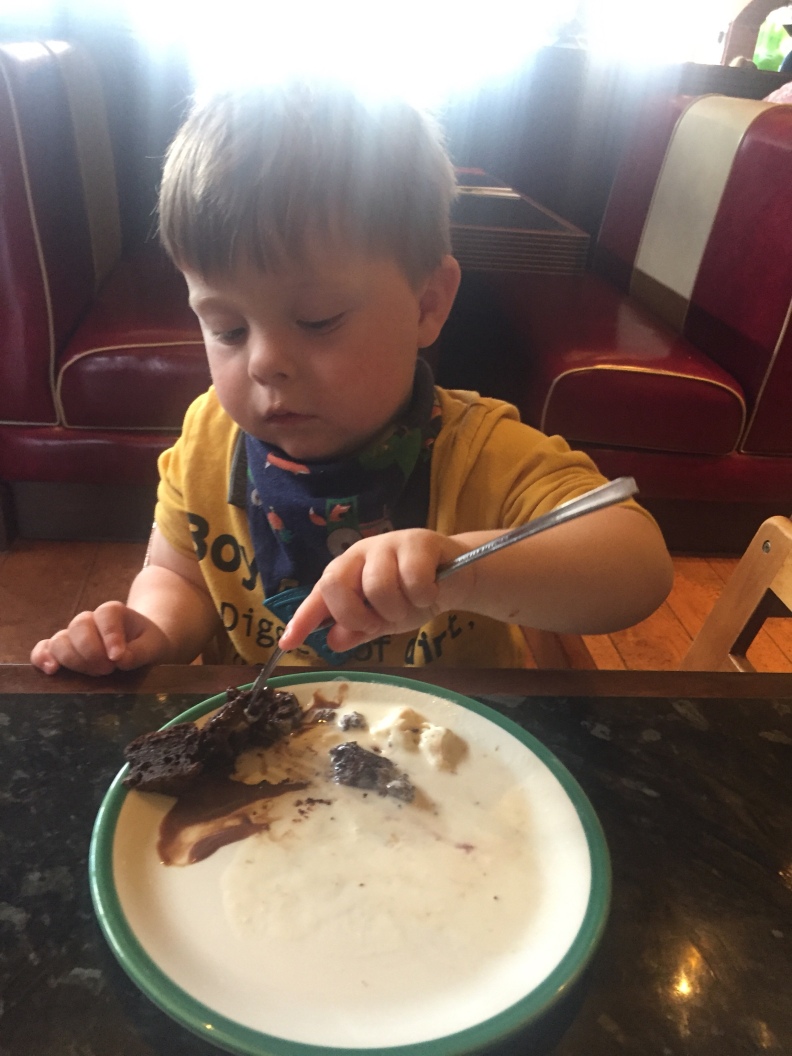 Mummy took us to ASDA to do the food shop after, Austin screamed and cried all the way round, which really isn’t like him. Daddy tried to calm the storm but he was too far gone. On reflection we think it was because he wanted to sit in mummys trolley and put the food in the trolley, and he was in daddys trolley with mummys new slippers and birthday cards for Jonah and Noah. He gets so frustrated because he can’t communicate what he feels or thinks, and probably cant process the emotion in a rational way. We are only two afterall!

Saturday was an important day. My 1:1 nurse for pre-school, Claire, came to our house as part of the transition and training period for pre-school. We played for a while in our playroom, a familar environment and then daddy took Austin and Beau for a walk so that Mummy and Claire could concentrate on doing my tube change.

Now, whether you agree or disagree here, mummy will always make decisions based on her own judgement and as long as she can justify it to herself, that is enough. She learnt this with decision making early on in her work-life when managing people and projects.

When children like me get a new, bigger tube, it is normal practice for the parents to do a tube change before they can take us home from hospital, but on this occasion Dr Ravi was happy for us to do it at home within 7-10 days. Normal Bivona trachy rules are to change the tube every 28 days. We don’t stick to this rigidly because a tube change effects my secretions and it is not unusual for it to unsettle me for a few days and when everything is going swimmingly, mummy and daddy are loathed to rock the boat to tick a box. Mummy does my cares every day and checks the tube and to be honest, with how often i pull my tube out, it is not unusual for me to get a tube change before the 28 days is up. Mummy much prefers the emergency tube changes because adrenaline takes over and she knows how important it is to get the tube back in place and so she just does it, but she has always struggled with the planned changes, too much time to think. Even more so with the much bigger tube, and Dr Ravi himself struggling to get the tube in and his own words ‘when you do the change, if you struggle to get the tube in, just put the smaller on in and bring him straight in’ didn’t ill mum with joy about doing the change!

So…Claire had to be part of a tube change so that she has experience of me and my tube and so Mummy and Claire did it together. Mummy did it perfectly, everything went fine!

Well, so she thought. Daddy came back because he hadn’t had a text from mum saying all was ok, and he was worried. She was literally texting him as he woke through the door. Mummy began the sterilising of the other tubes and cleaning up the equipment when she realised the tube she had left was a 4, when it should have been a 3.5! She had put the smaller tube in! PANICCC!!

No wonder it went in ok! So she had to do a second change with the right tube, with even more anxiety because she hadn’t got the bigger tube in, it was the smaller one and this one might not be as easy!

However, because this was kind of an emergency and she wanted to get the bigger tube in before my airway got used to the smaller one, it kind of meant she was running on adrenaline! Everything happens for a reason!

Claire was calm, not phased at all! Mummy is in awe of her and feels completely blessed to have her as part of our family and our next chapter!

After this, we went to Elsecar by the sea. We all had lots of fun, we don’t think Claire felt like she was at work, she had fun too!

On Sunday we went to Jonahs birthday party, we had a breakthrough! Rory ate lots of grapes and a sausage cob (as they call it in Ripley) Maybe the picky eater phase is leaving us! 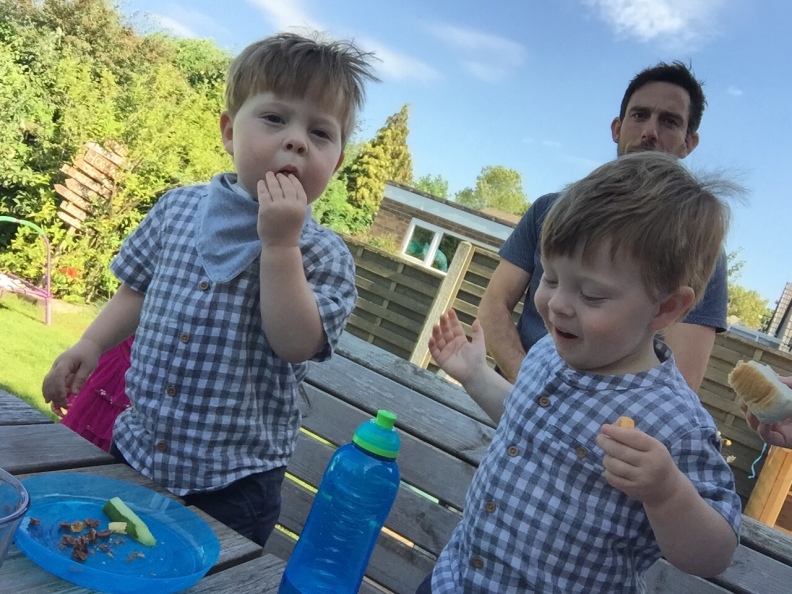 We went to visit Uncle Key and Auntie Claires new puppy Eric, and then Nannie and Grandad called in, Grandad brought his medal.  I think that’s about 4 this weekend! He is such a legend! 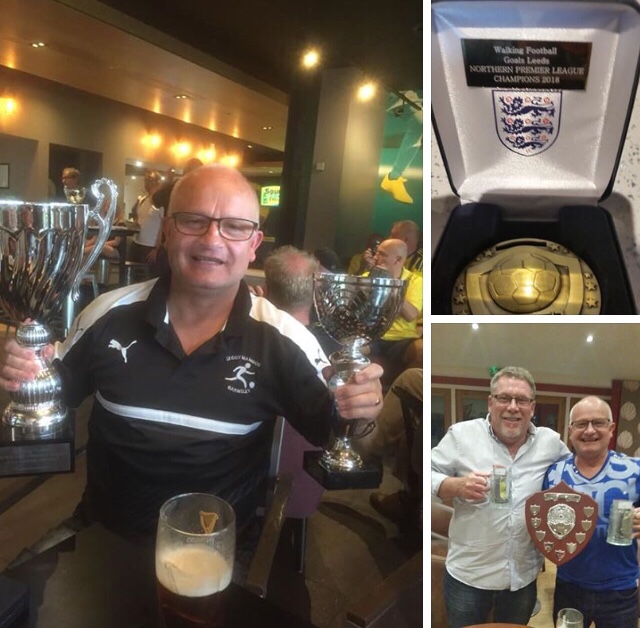 and so tomorrow is the next chapter. We are all ready to go! 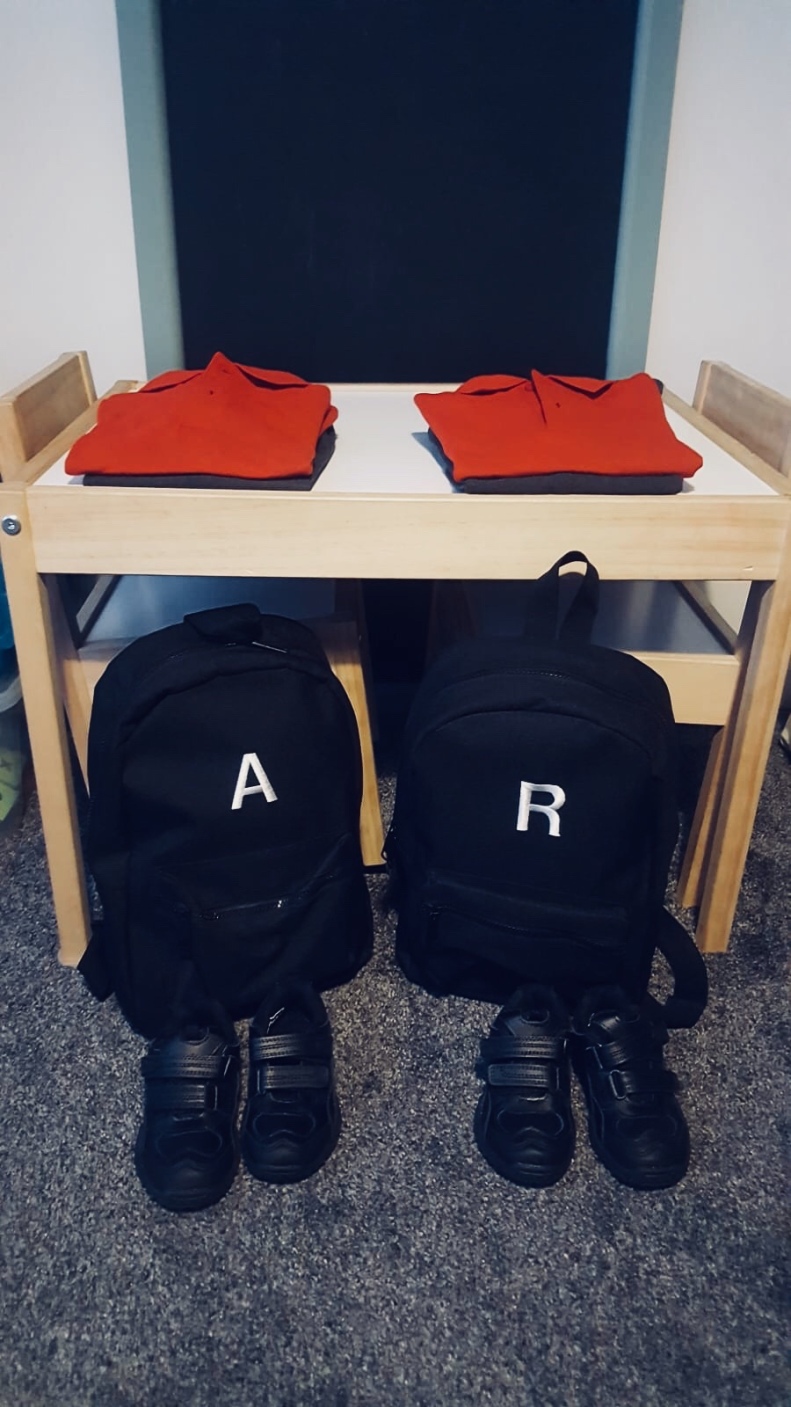