By 8:30am I was stood by the sink, washing bottles and breakfast pots, both boys napping after their bath and breakfast…..with one sock on and one sock off because Austin vommed 7 minutes after ash left his morning and I was resourceful in mopping it up. 😂 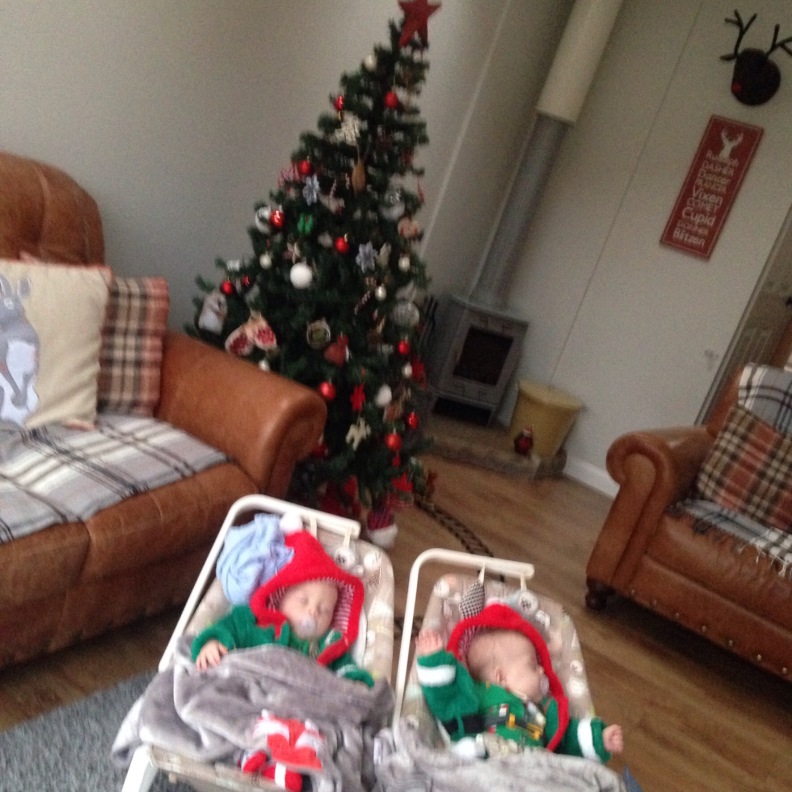 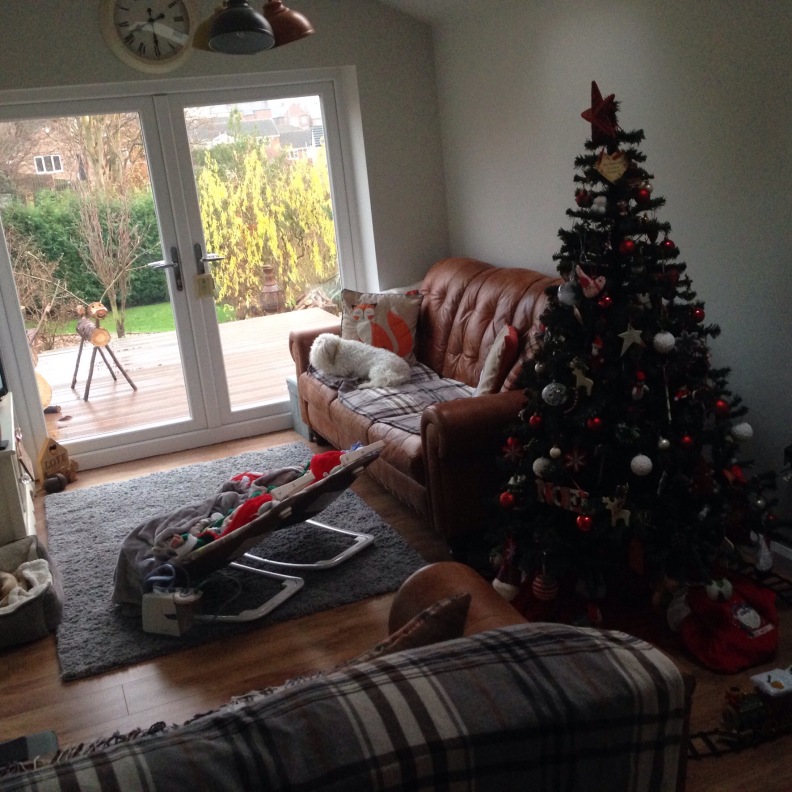 Medicines and feeds all set up for the day, sat watching daytime TV anxiously awaiting the chaos once they wake. Today we have one visitor (fellow twin mum Liz) at 11 and ash is home slightly earlier at 5:15! 1 hour and a half down (at time of writing) and 8 hours and 15 minutes to go.

We are awaiting two deliveries (hopefully not whilst the boys are sleeping) and we need to collect milk and Gaviscon from the pharmacy and an online order from cortonwood. Problem is, we are also waiting for a courier between 8am and 6pm and can’t go out until they have been.

The machines that are provided by the nhs are huge, ugly and very very noisy and every time we suctioned Rory not only were we waking him up, we were waking Austin up too and maybe even next door. As we have to take it everywhere that rory goes we decided to look into buying our own, a smaller, quieter more modern better looking one. But we hired it first to check it was worth spending the hundreds of pounds and now we have actually bought it, we need to send the hired one back.

The boys woke up and we began play time. 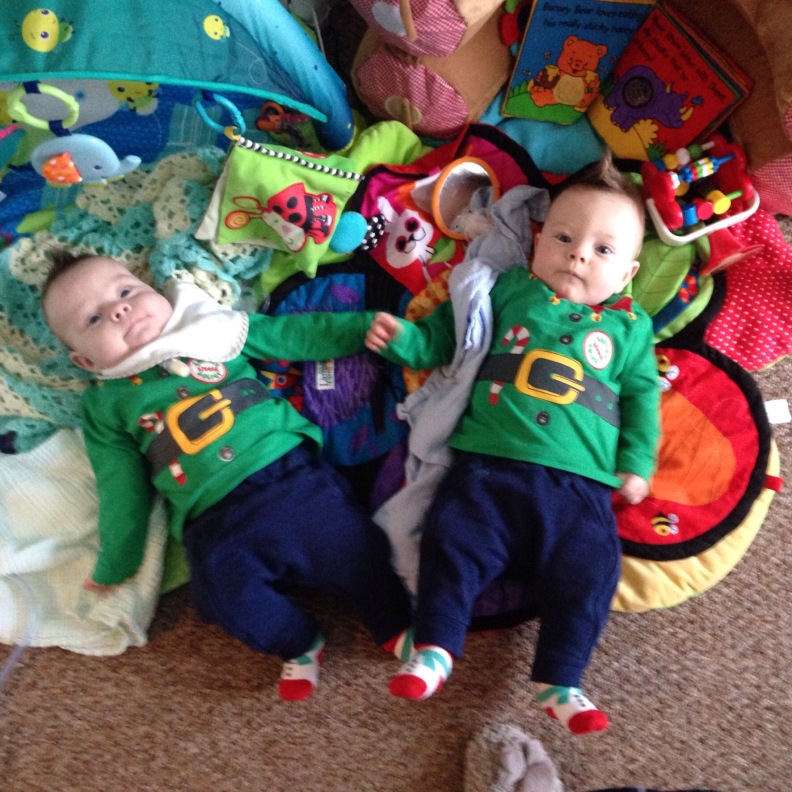 I attempted a new feed routine to try make it manageable. It just so happened that i fed them solids but they needed milk just as Liz came. Together we fed them, played some more and they dropped off. They don’t sleep for long and actually it’s unusual for them to nap this often, must be tiring looking after mummy without their old man. 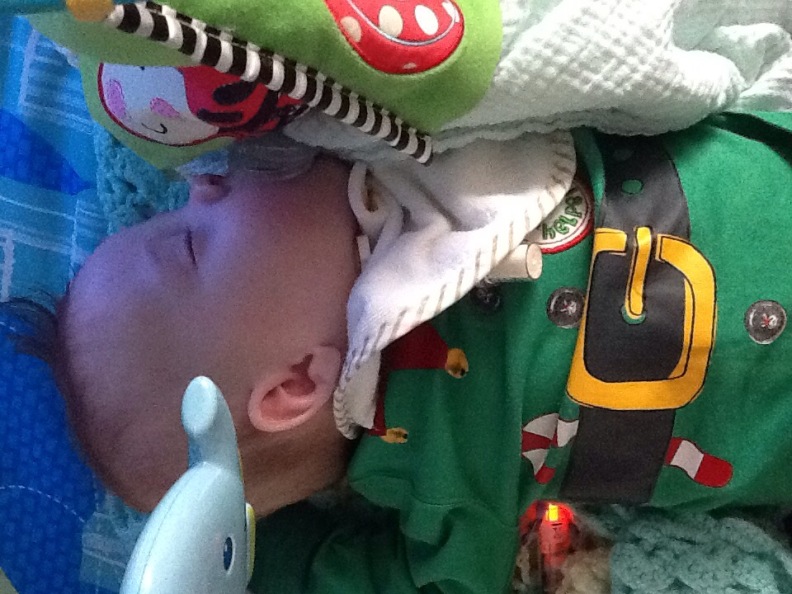 Liz went and I managed to make lunch but as soon as I sat down to eat it, Rory woke up. So I ate it a mouthful at a time in between entertaining Rory. I then fed Rory in his high chair whilst trying to entertain Austin as he woke up shortly after Rory. 🙃

After feeding Rory I fed Austin and then sat down in living room to entertain them some more, this time with the Christmas tree, our train that Nannie and Grandad Newbs bought them and some Christmas songs on the iPad. 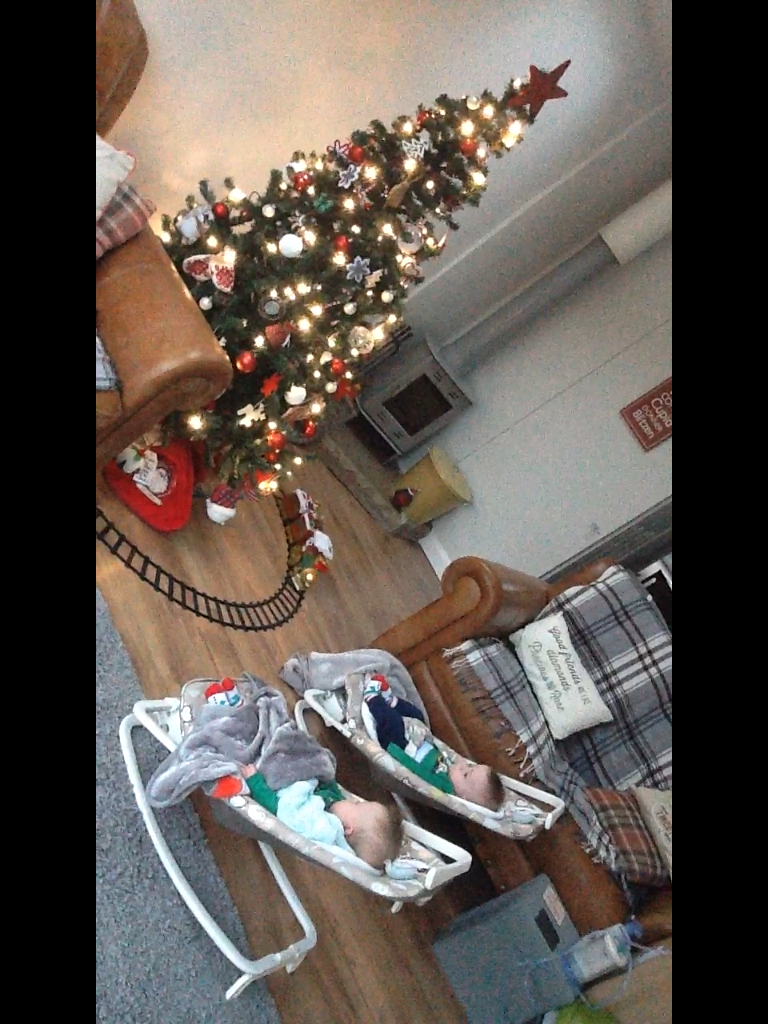 At one point I looked at the clock, it was 3pm, I thought to myself only two hours until ash is home……I looked back at the clock after what felt like a decade. It was 3:07pm. Give. Me. Strength!

We would have gone out to cortonwood as planned but it was raining and whilst a bit of rain never bothered me I can’t take the boys out in it.

An hour passed and both boys took it in turns to nap for ten minutes if that, and my friend Lou rang on her way home from work, she had half an hour did I need her, as I sat there with a cuppa singing Christmas songs quietly with two happy contented little boys I politely declined. 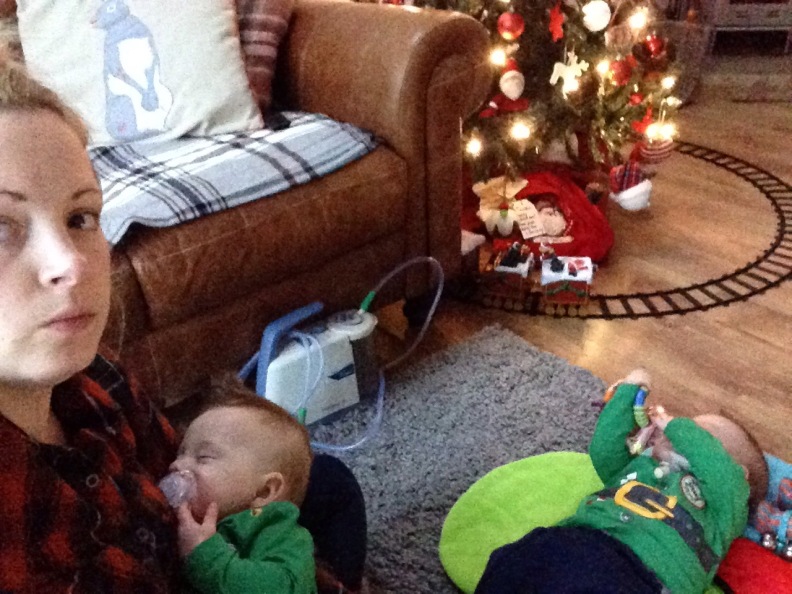 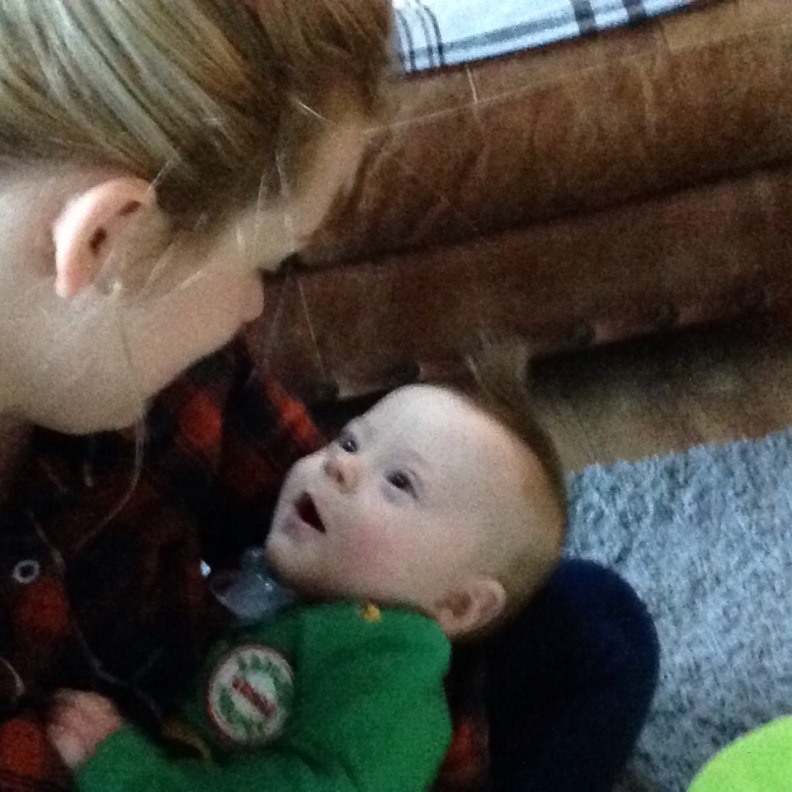 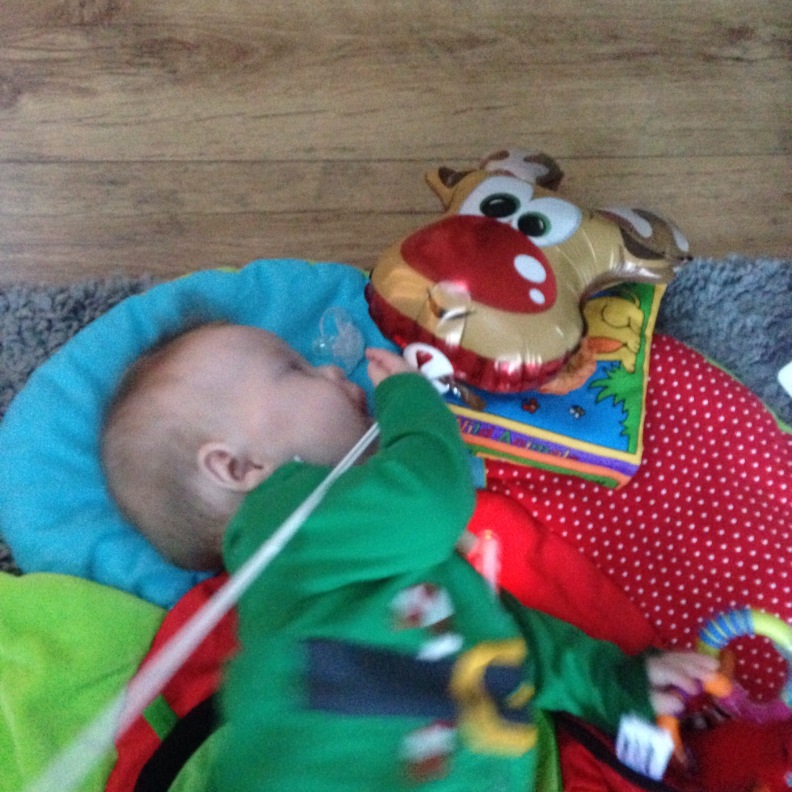 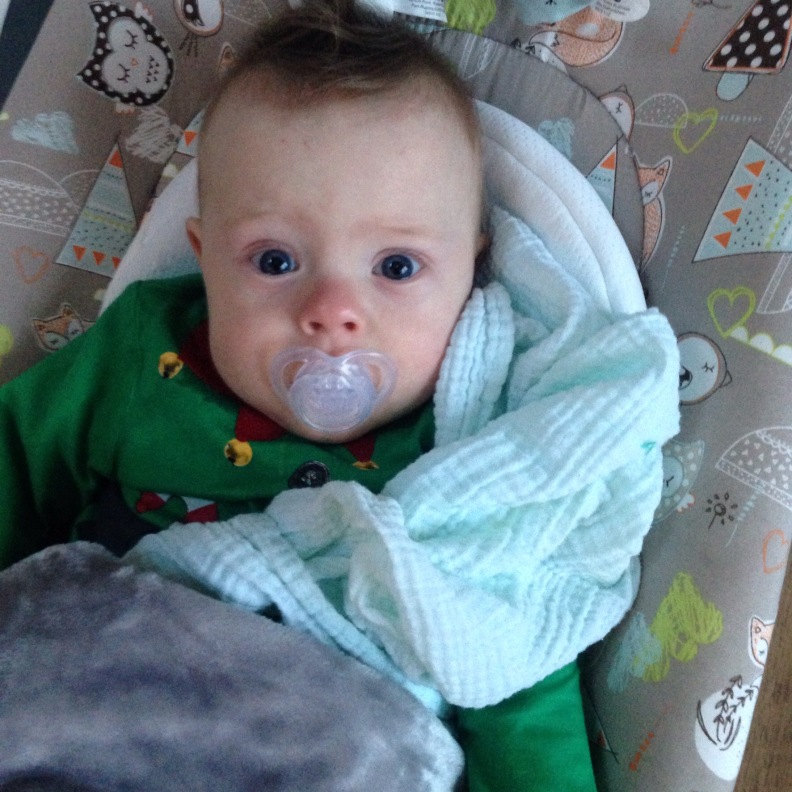 Less than 30 seconds after I declined Louisa’s offer….Austin vommed and the dog barked and they both wanted feeding.

I put them in their door bouncers for ten whilst I set up high chairs, food and made bottles and who should nip in after work….Nannie H!! Get in!!!!!

2 down, 3 to go before the school holidays.