Day 1 of my better half returning to work (aside from the 3 week in September) and I’m not going to lie, the thought filled me with fear. Although one less person to feed and clean up after (he isn’t that bad I’m just ocd) was exciting.
His alarm went off and we were already awake singing 5 in the bed….that’s right, even the dog was having a cuddle. Ash fed Rory and I stay in bed for five extra minutes with Austin. If I was going to keep control of this today, the boys needed separate feed times.
Once fed, I top, tailed and changed both boys as per our daily routine whilst ash showered and got ready for work.
As ash walked the dog I did my daily ten trips up and down stairs with feeding tray, washing basket etc ( yes I was going to attempt washing n day one) and then I got dressed myself…..as I did I waved ash goodbye out of the bedroom window doing some kind of dodgy makaton charade to say drive safe as I know he likes to be early and today he was…..on time.
I took both boys down, gave them breakfast and set up a play space. Whilst they wriggled and chatted away content with their full tummy I made a start on the washing, drew up medicines, cleaned and sterilised bottles and had breakfast. This was the view from kitchen window…. 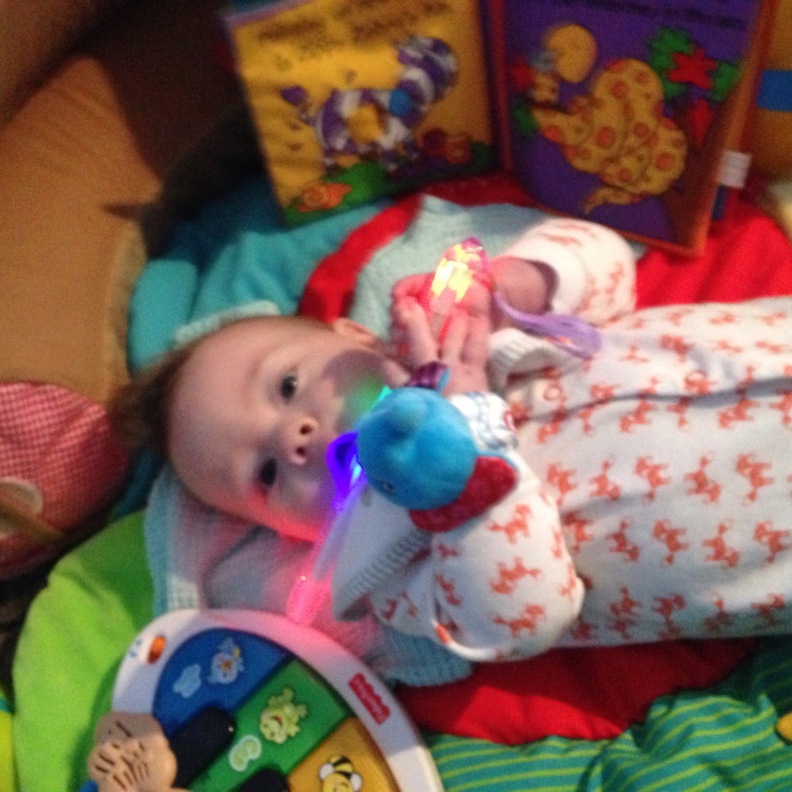 Nannie H called for half hour on her way to work so I took the opportunity and showered quickly.
As the final wAsh load went in I decided to make a trip to tesco. That’s right….both boys and medical equipment in tow…..all that effort, for ten minutes in tesco…..but I wanted to prove I could get out on my own with the Trachy and I did. Luckily no dramas!
On coming back from tesco both boys were sock on. I made lunch and tidied round, set up for the boys lunch and bath time too….putting towels by the bath, clean pjs in the cot, talc and cream by the fresh nappies at the bottom of the cot. Organisation is key. So I thought.
Austin woke up, I began feeding him then the tnt lorry came with a delivery, beau went crazy and Rory woke up too, no way can I feed them both at once…..as if by magic Lou and Katie arrived to help. No feeding drama this time.
Tea time came and I had no choice but to feed both at once as both were crying hungry. It ended in vomit everywhere. Just as I cleaned the last bit up and prepared to take them upstairs for bath time…..nannie dropped by. Charming.
We mastered bath time just as uncle craig dropped in. He offered to walk the dog and off he went.
Ash walked in at 6:15 to a tidy house, washing done, two boys ready for bed, everything done and organised and tea in the oven.
I forgot to mention me with my sick dipped hair scraped back, pjs on and bare feet because my slippers were also vommed on. Looking worse for wear. 😂😂