‘I came in like a wrecking ball’ quite aptly played via Alexa as I closed the front door after the nursery run. That empty feeling I always get when the boys aren’t there but yet that empowering feeling that we are facing a new year, a new term, a new set of opportunities and if we’re honest with eachother, a refreshing child free couple of hours to crack on and sort the menagerie of ‘things’ that make their way through our front door at Christmas.

The boys were excited as they made their way around the school yard this morning, just looking at them I can’t quite believe that this is it. Term 2 of their final year at nursery. They are getting so big, and they are growing so fast, not just in size but in personality, in character and both in strength, resilience..in a measure I never dared to believe they would have. 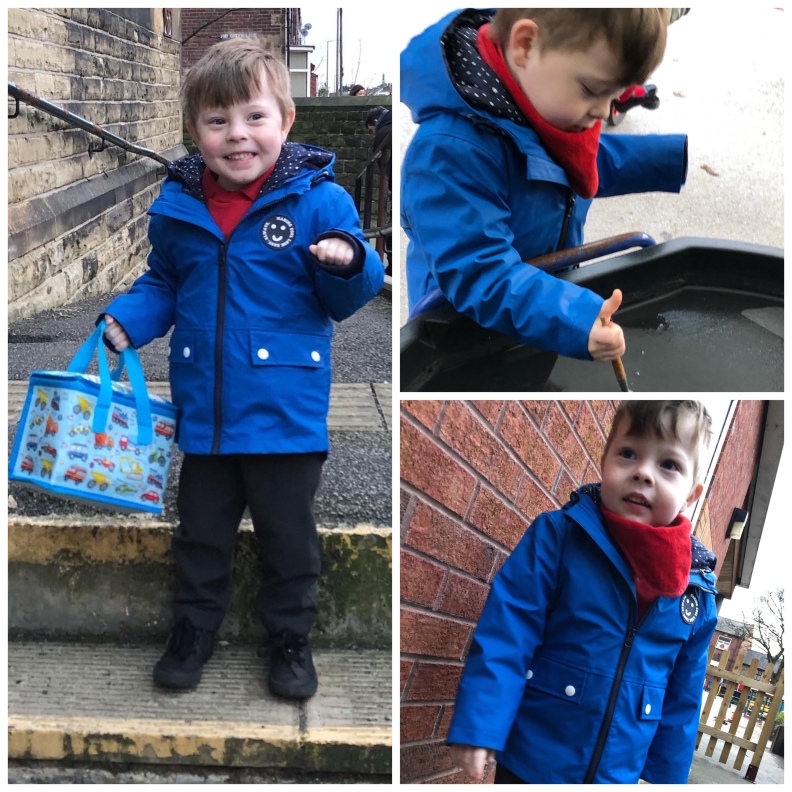 Again, if we’re honest, there were many many times I daren’t believe they would keep breathing until the end of the week, never mind make it to full time school.

I think this Christmas has possibly been the best we have had so far. It’s all relative, and it probably wasn’t as #perfectchristmas as social media pressurises us all to have, but for us, in our world it was good.

Looking back at 2019 it wasn’t a bad year at all. We achieved much of what we set out to do. Ideally we would have waved goodbye to the trachy but we maintained Rorys health, were discharged from more clinics and had nothing but positivity from consultants.

We tried out Kixx, and whilst both boys did this on Sundays during our membership, Rory wasn’t quite ready for the structure because his communication and interaction hindered his ability to keep up with the instructions, but Austin loved it and now takes part once a week at nursery when Coach Nath comes in to do a session.

We did more swimming together as a family, and whilst we haven’t continued this through winter with Rory, Austin has started his new swimming routine with Grandad which will hopefully mean that by the time Rory has his tube out and is able to fully participate, Austin will have some level of independence in the water.

We enjoyed lots of family holidays and adventures and days out. Made lots of memories and experienced lots of things.

The TWO HUGE ACHIEVEMENTS for 2019 though have to be;

As always it has been a fight, making sure Austin and Rory have every opportunity and never accepting anything less than what those boys deserve and even when we as parents are on our knees, we dig deep and we keep on giving. Securing consistent nursery cover was one of our main priorities last year and it took us the most part of the year, lots of training, lots of meetings and difficult situations, lots of paperwork and stress (mostly for me) but we got there.

For Austin we want to continue with Kixx and Swimming and we want to work really hard with Joanne Jones to support development of his speech sounds. We also want to support his sensory issues with food and try and extend his diet passed mini cheddars, crisps, biscuits, dry cereal and anything else that is beige, dry and crunchy.

For Rory the biggie is hopefully decannulation and securing a future for him without his tracheostomy, but as that isn’t something we can control, we will be focusing on continuing to work on his communication and interaction; we have had promising speech in the form of actual words from him in recent weeks which gives us hope. We also want to crack toilet training and build up his stamina when walking.

There are plenty of things in the pipeline for us as a family but in the main part, these are the priorities and this is where our biggest efforts will be.

If you think you can help us in any way, then by all means get in touch. We are always open to suggestions or support from those who have walked similar paths.