Thursday was a big day! It was the last tube change for Rory with his new PA Jaime. Everything was riding on this last appointment and Rory was unwell.

He had been absolutely flat out all morning, no energy or life at all. I took the boys out in the car to collect medication for Beau from the vets and they fell asleep. For 3 hours!

Nannie came to collect Austin and Beau, ready for the nurses coming and Rory was still fast on. Nobody knew if it would happen or not with less than an hour to go.

Daddy was at standby working locally, waiting to nip home if need be. Jaime was waiting for the text to set off and the nurses were coming at 2 anyway, we would just turn them away if he wasn’t up to it.

I didn’t know what to do for the best. He’s been poorly and obviously needed the sleep but equally he needed the tube change to take place to secure his future at nursery.

I went to the costa drive thru in the hope that a gingerbread man would do it. Nope!

We pulled up on the drive with 30 minutes left and we just had to risk it and wake him. I had nipped inside and made him snack and put peppa on the tv and thankfully he woke up brilliant and had lots of energy. He obviously needed the sleep.

Daddy came home, Jaime arrived and the nurses came. The tube change went really well and Jaime was all signed off.

I don’t know how we got through it, but we did!

I took Rory to meet Nannie and Austin at the park as a treat.

Nannie told me that she had taken Austin to feed the ducks, to Owd Martha’s Yard and Staniforths for a gingerbread man. Austin had asked for two, said please and thank you. 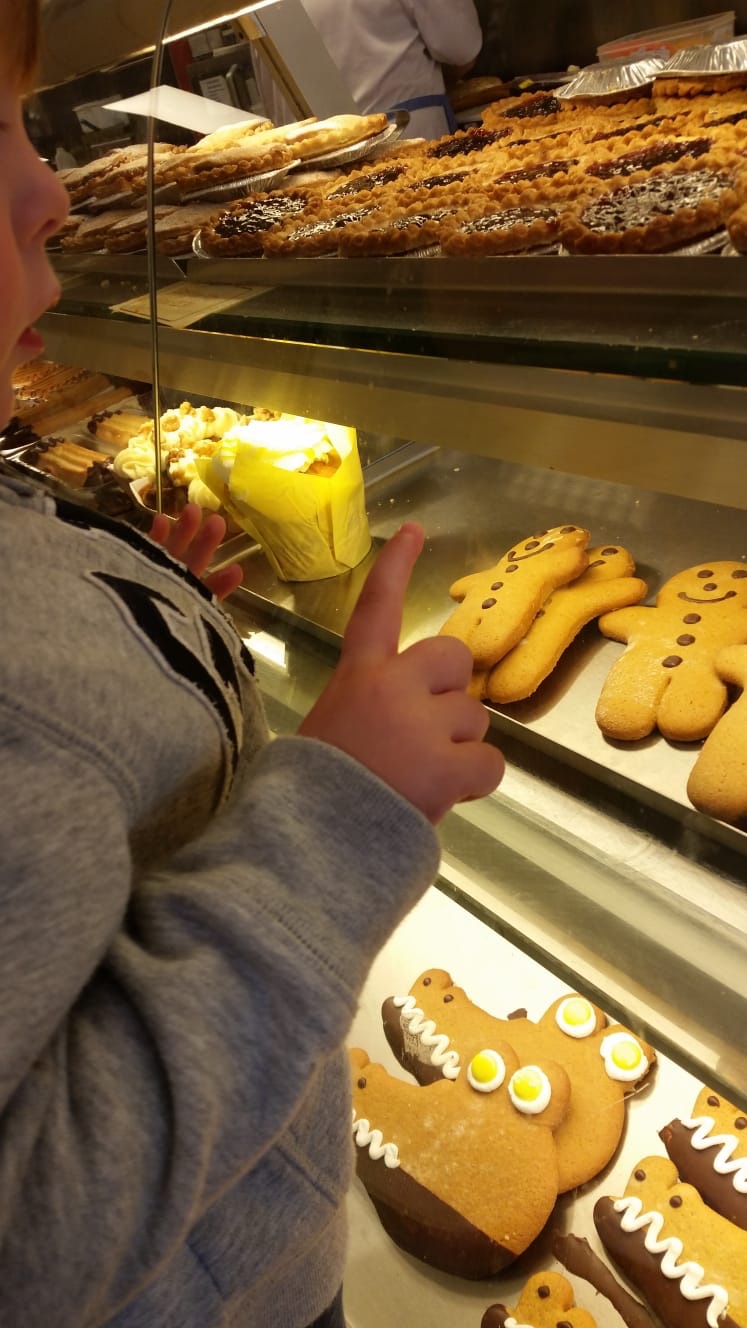 When it came to Austin coming home he played a right card. ‘Me sleep R Di’s House’ with tears and tantrums and she gave in. Which was helpful because Ash was working in London the next day so it would make everything much easier.

Friday (today) was a long day!

Daddy left at 4am. I pushed Rory on the trike to walk Beau and collect Austin from Nannies. Reyt laugh pushing trike with both boys, two rucksacks and a disobedient dog up the worlds steepest hill.

Then I decided to brave the food shop with both boys in tow. First time in a long long time. I usually take Ash or my mum To push another trolley. Today I sat Austin in the trolley and Rory in the seat.

Austin would only allow food he liked in the trolley, so I had a stash of random items on the bottom of the trolley that kept rolling off.

He was so chatty and noisy all the way round.

Rory insisted on eating baby food out of a pouch he nicked off a shelf. All the way round.

Everyone was looking and smiling and pitying me…. ‘young lass’ with her hands full.

I made it all the way round, paid at the till and Austin says ‘well done Mum, wooo woo’ cheeky monkey!

when we got back I put the shopping away and then we played in the garden for an hour before going back out for a mcds. Which nobody ate! 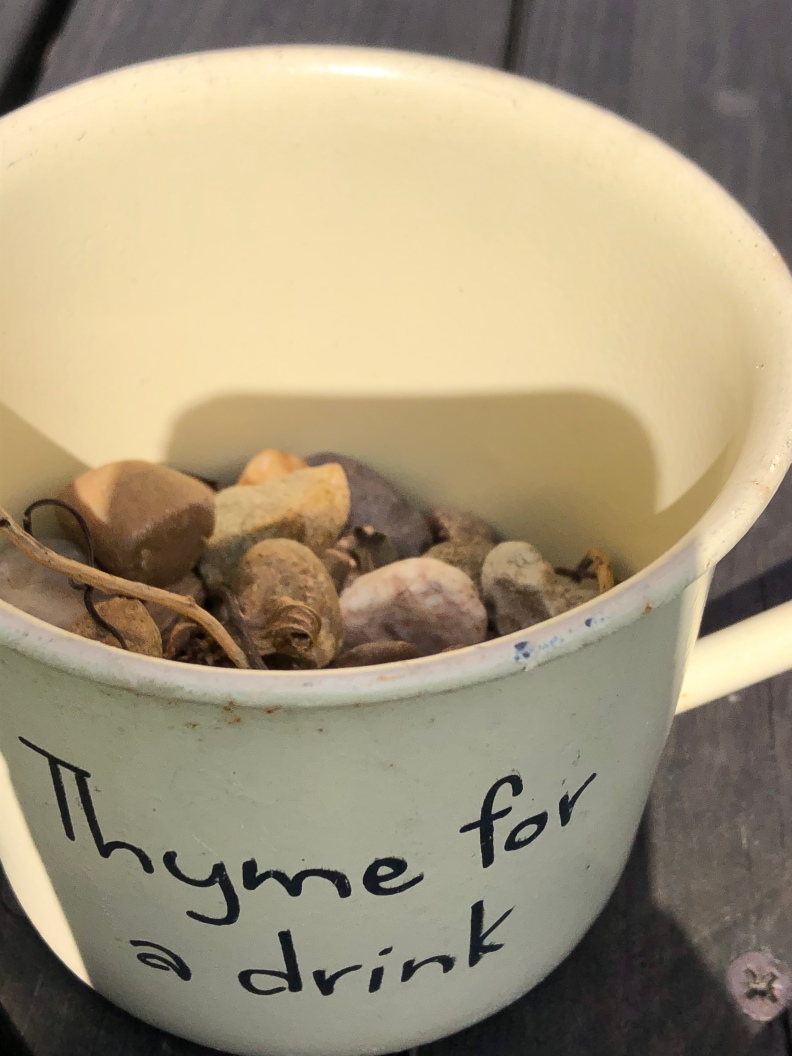 When we got back this time I hoovered the car and then we went to the car wash. Collected Jaime’s uniform from the printers and called at the park.

Doing anything to pass the day. Ringing daddy every 5 minutes to help keep him awake on his 6 hour drive home.

I was mid way through bathing the boys when Daddy got home. 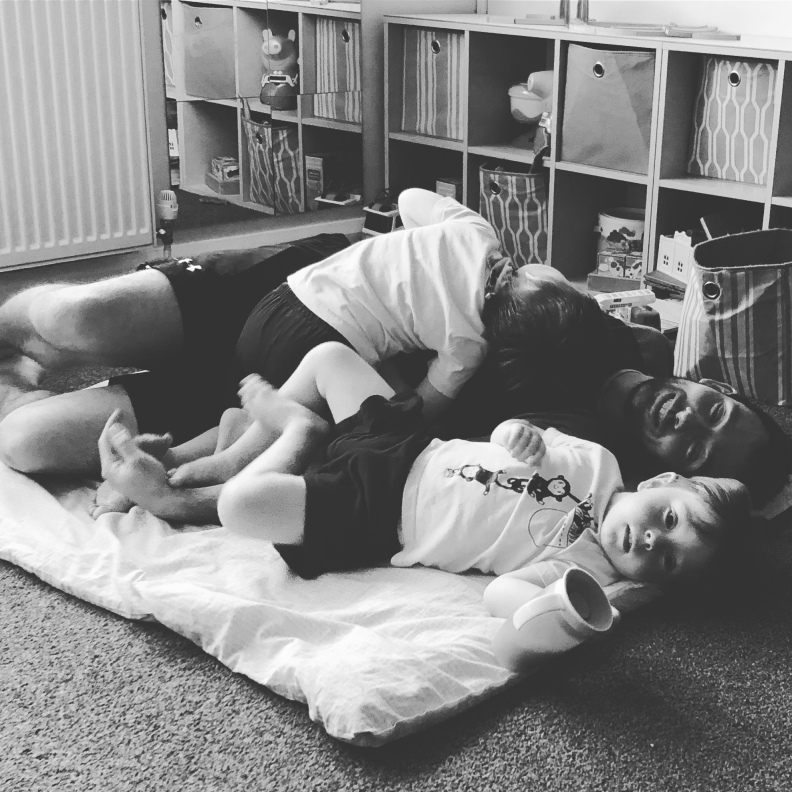 They were feral til the end when I took them out in the car to get them to sleep and we carried them in, in the dark.

It was a really good idea for a quick bedtime until we realise we had to literally leg and a wing an asleep Austin into his top bunk bed 🙈 You had to see it! 🤣