Austin was unsettled last night, he was really hot and sweaty and unhappy and that made for a very tired mummy and especially daddy this morning.

We had no plans other than Olivers party at 2PM and so we chilled at home. Being in their ‘safe place’ meant that whilst Austin was a bit grumpy, he actually coped quite well. That was until we come to get in the car for Olivers party. Put Rory in, go back in the playroom to get Austin, to find this….

Austin fast asleep, standing up. A decision was made that even though we really wanted to go and didn’t like to let Oliver down on his party day, we had to do what was best for us and stay home. So Daddy took Rory to the park for 15 whilst Austin had a power nap. Austin was really upset and had lots of cuddles.

Until Grandad came and all of a sudden they perked up.Enough for Nannie & Grandad to watch the boys for an hour whilst Mummy & Daddy went to the local carvery to stock up on good food to get them through tonight, which without a doubt is going to be a tough one. Why? Well, not only is Austin poorly, the boys don’t have a bed to sleep in. 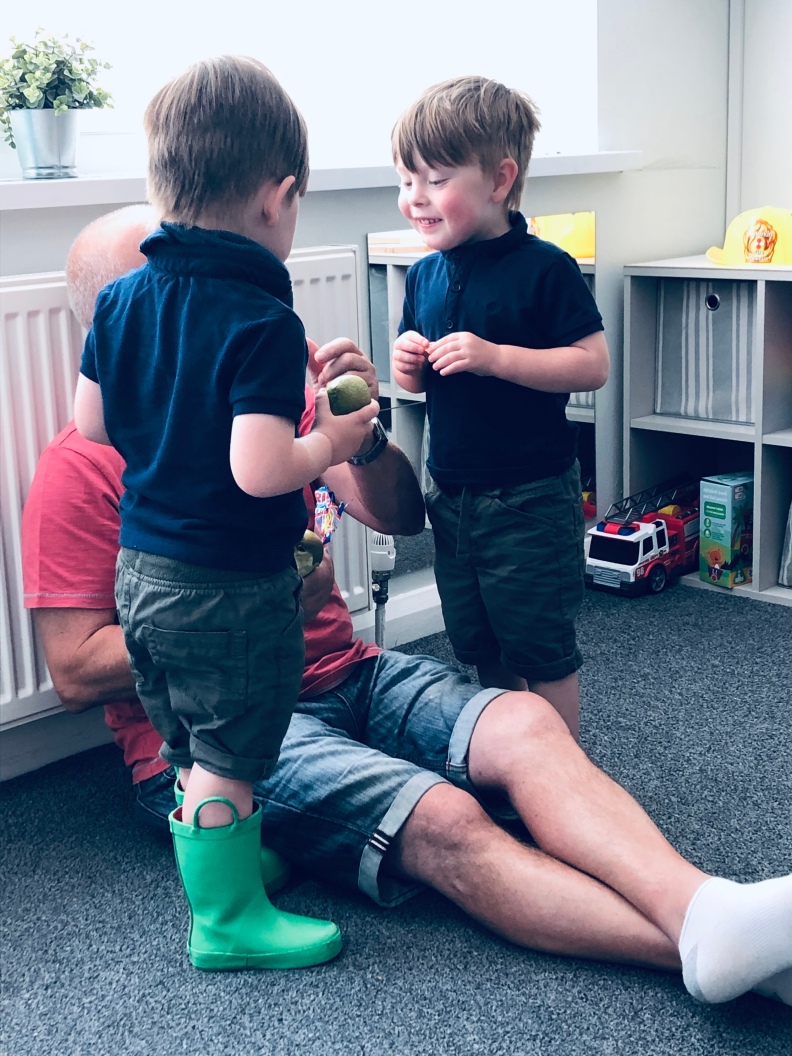 When the boys were ready for a bed, we turned their cots into cot beds, but found it hard to co-sleep with both on the really bad nights with Rory, caring through the night and we tried sofa beds and fold up beds, but I spent the best part of 6 months sleeping on the nursery floor. We bought toddler beds, which were better, but as the boys grew, there just wasn’t enough space for a good nights sleep whilst sharing.

We looked into single beds, but when teamed with the furniture we already have, would make for very little space in the boys bedroom. We looked at cabin beds with storage underneath and allsorts, resulting in us spending the best part of £900 on this beast with new mattresses. 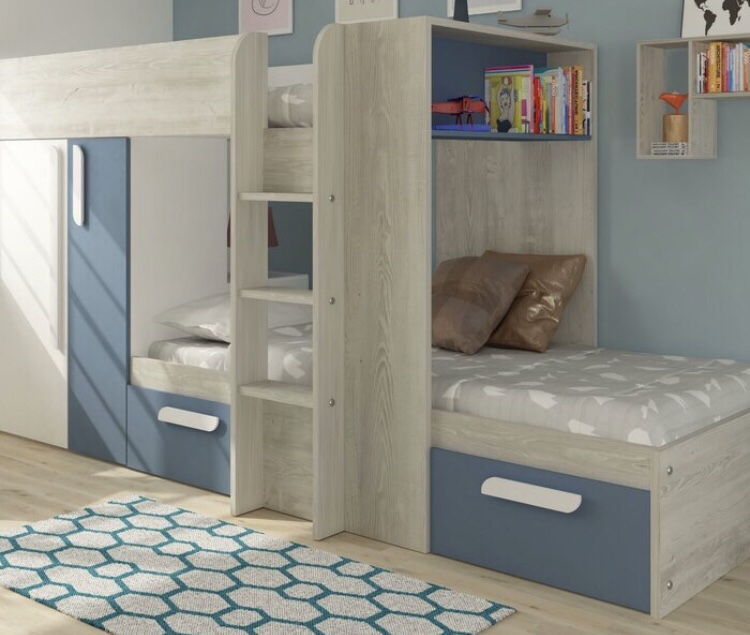 It was due to come on Wednesday next week, and so we chose mattresses that fit the european sizing from Ikea, and Daddy was going to collect tomorrow. That was until he received an email saying that the bed was coming Sunday, and then it was all systems go. Mummy placed our current beds on a local selling site, and once the bed was delivered, took them to their new home. Even though, when the bed was delivered, the driver explained that 2 of the 6 packages were missing. After ringing Wayfair, Mummy found out that they will be here between now and Wednesday. So….Uncle Craig and Uncle Calum went to Ikea to get mattresses for us, but got the wrong ones and so Daddy had to do an emergency drive last minute to exchange, and thankfully we got the last two medium – firm.

So…..tonight the plan was for Austin and Daddy in our bed and me and Rory on the new mattress on the floor in our room. Camping out in Mum & Dads room.

But, when we got out of the bath, the novelty was too much to handle and they were jumping from one bed to the other and laughing their head off. So….We bundled them in the car and drove around until they dropped. Playing Diesel Roulette because we had 2% of Diesel left in the tank. Rolling down the hills and taking it steady, driving green. Couldn’t go for fuel because I didn’t have cash or card on me and the boys needed to be sleeping not excited about a petrol station stop.

Both asleep, rolling down the hill for 830PM. Carried Rory in, placed him in bed. Winner. Picked Austin up, wide awake. Lay on our bed, chatting away..

Mum: ‘Close your eyes’ and closes her own eyes to pretend she is asleep.

Austin, whilst tickling my face ‘Raaaahhhhhh’

Eventually he dropped off and I went to the petrol station (with my 0% of petrol in the tank) in my PJs and filled up the tank.