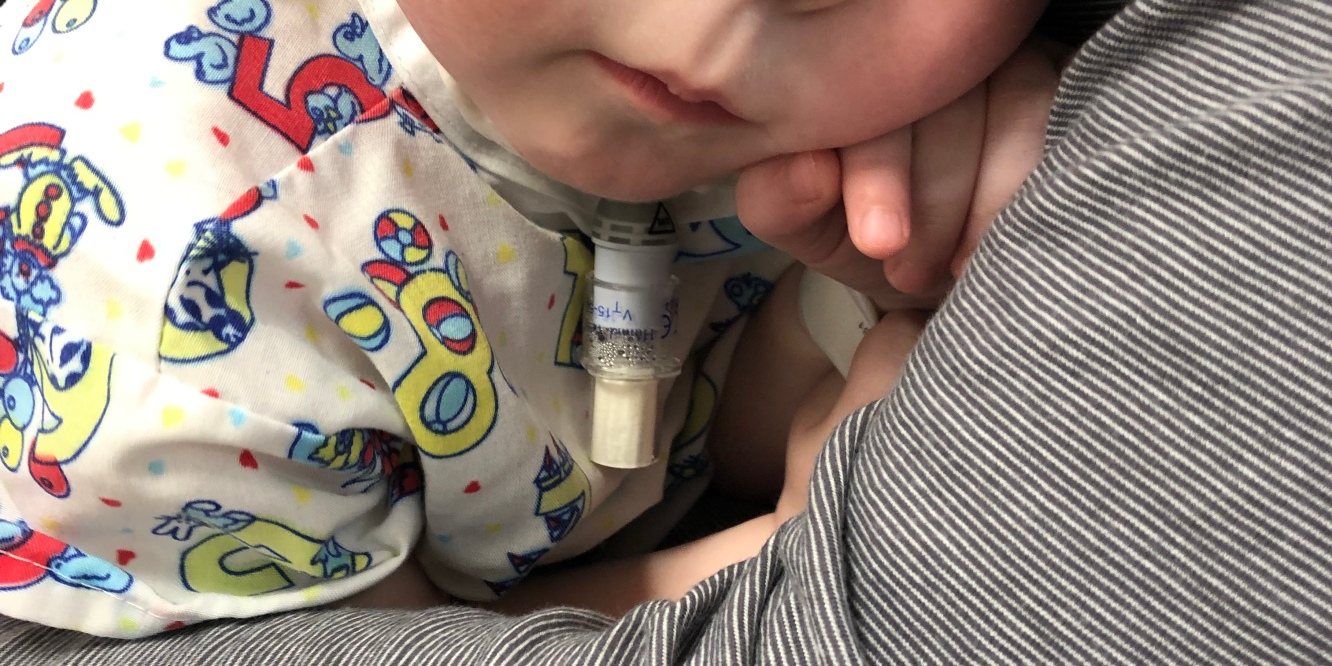 We arrived for Rory’s operation, with the aim of having a look at his airway, assessing it, burning away his scar tissue with laser and forging a plan for next steps with regards to getting his trachy gone for good.

We sat by the theatre doors awaiting to be called in to Rory, who would typically be grumpy and upset from the surgery, mostly starving and unhappy about being hooked up to wires again, those wires that he was so happy to be rid of once upon a time.

Ravi, Rory’s consultant called us in. This was unusual. The nurse caring for them in recovery normally calls the parents in. We instantly had a bad feeling. As we followed Ravi down the corridor to the family room, my words were ‘why do I feel sick, is Rory ok?’ and Ravi didn’t say much. We sat down, we braced ourselves.

Upon assessing his airway, Ravi found that his airway had actually collapsed again. When Rory gained his tracheostomy, he had a severe grade 3 stenosis, which is practically a closed airway 75 – 99%. After surgery and as he got bigger, last year we managed to get him to a grade 2 stenosis. which is 50 – 75% close. An improvement. We were hoping to see an improvement again, and then possibly look at reconstruction or decannulation, trying to live without the tube. In actual fact, Rory’s airway had collapsed again to a severe grade 3.

So here are the grades…

Here are pictures from Rory’s airway today. The top left picture is what it looked like upon today’s scope….

Ravi said that there is obviously something driving the collapse but that we don’t know what that is. It could be reflux. Now, A&R were seriously refluxy babies but are no longer, unless of course it is silent reflux, because they don’t have any symptoms. He also said that very rarely it can happen when the tracheostomy has an adverse effect. Ash thinks this is defo the case. Im not struck on it being the reflux, he doesn’t have any symptoms at all of that and he is absolutely thriving in every which way. You literally wouldn’t believe he looked like he did on the inside. Children with airways like his should be lethargic, energyless, slow weight gain, eating issues. Ravi says he wishes all of his patients presented like Rory. There is obviously just something else going on that we need to get a hold of. I wondered if it was because the op was close to him getting over a really serious cold / chest infection. Especially as it really did effect his breathing. But then again Ravi explained that even if it was just that he had assessed his airway at a bad time, if his airway is as such that the tiniest cold / cough can  make it collapse so severely, he wouldn’t want to risk life without the trachy anyway.

So the plan! Ravi has referred us to another medical professional who will either give Rory a course of medication and see how it effects him and his airway over time, or will run a series of tests, day surgery appointments, insert a wireless probe to watch him over time, check his acid levels etc to see if he is suffering with silent reflux and then once we have the answers from this, we will be able to plan to fix these issues. Once we have fixed these issues and hopefully the cause of the collapse of his airway. we will be able to revisit the plan to get rid of the trachy either by trial decannulation or reconstruction.

Ravi said that reconstruction at present would have about a 60% chance of success due to the pressure from his windpipe which would possible force the reconstruction to fail. We need to try every single other option first to make the chance higher because if Rory has a reconstruction and gets rid of his trachy, he is relying on his airway for life and no longer has the tube in place to keep him safe. So it needs to be the best possible chance before they can do it.

We thanked Ravi for his time, he apologised, he really genuinely wanted to do the best for us and get the tube out. I told him more than once that we respect him completely and his opinion and it is what is best for Rory that matters.

We will pick ourselves up and we will keep going!

Here are some pics from today…. 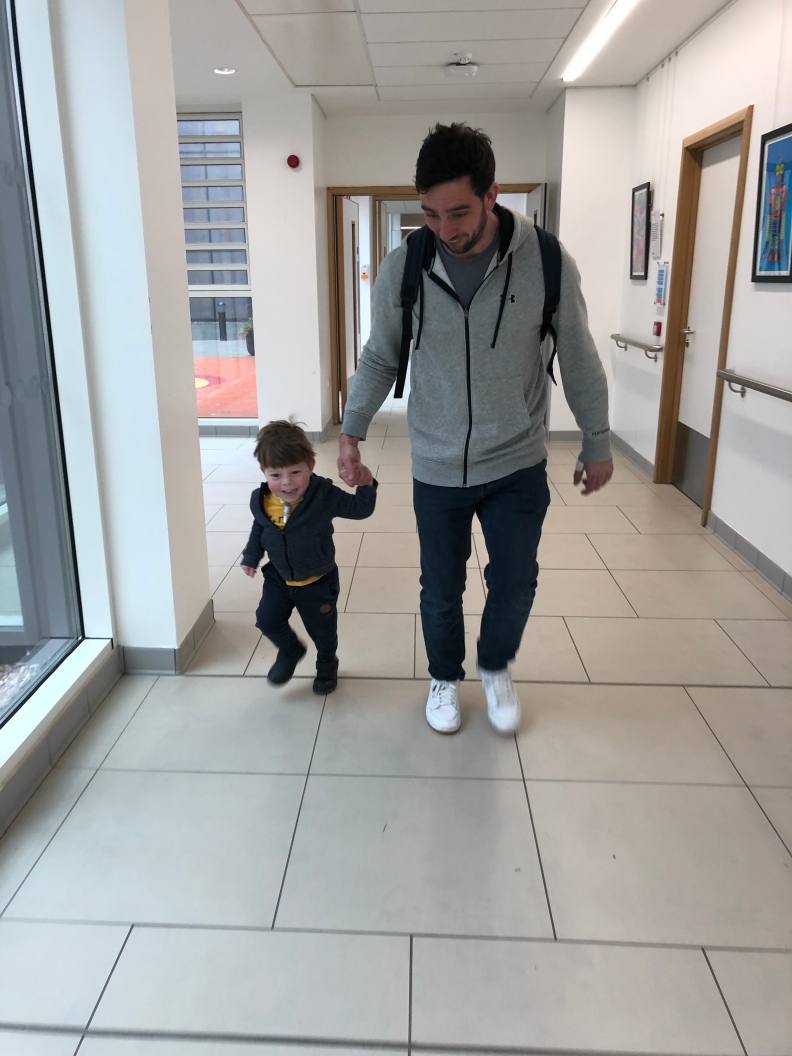 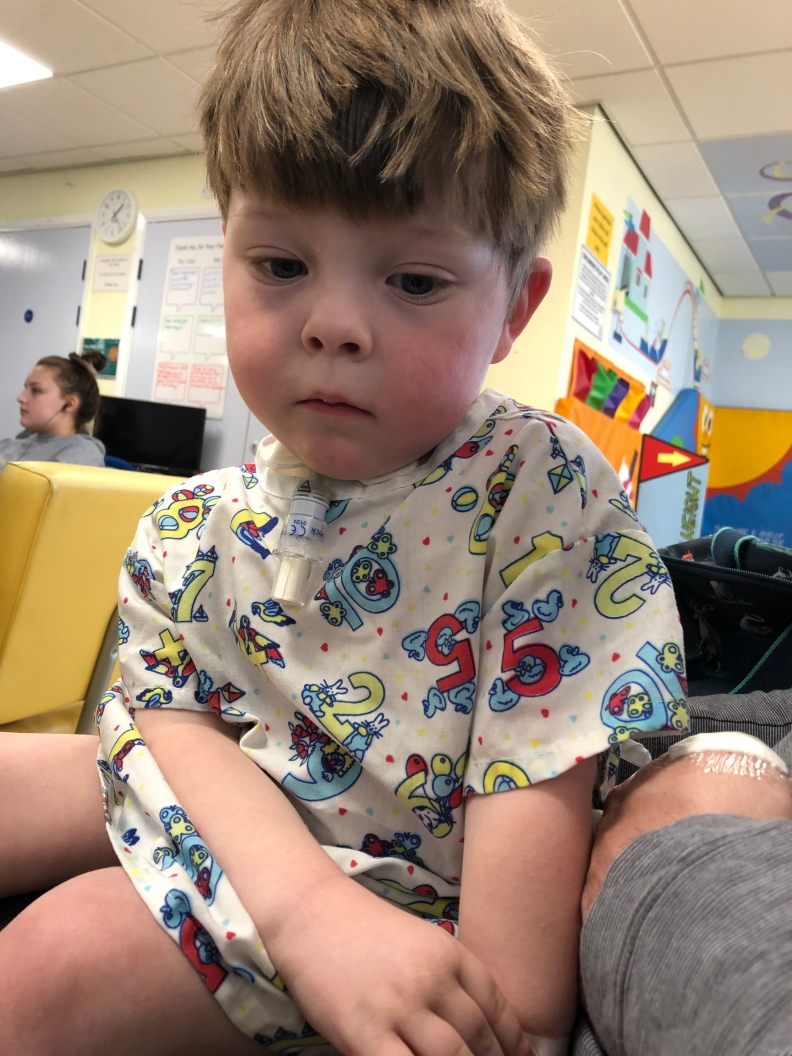 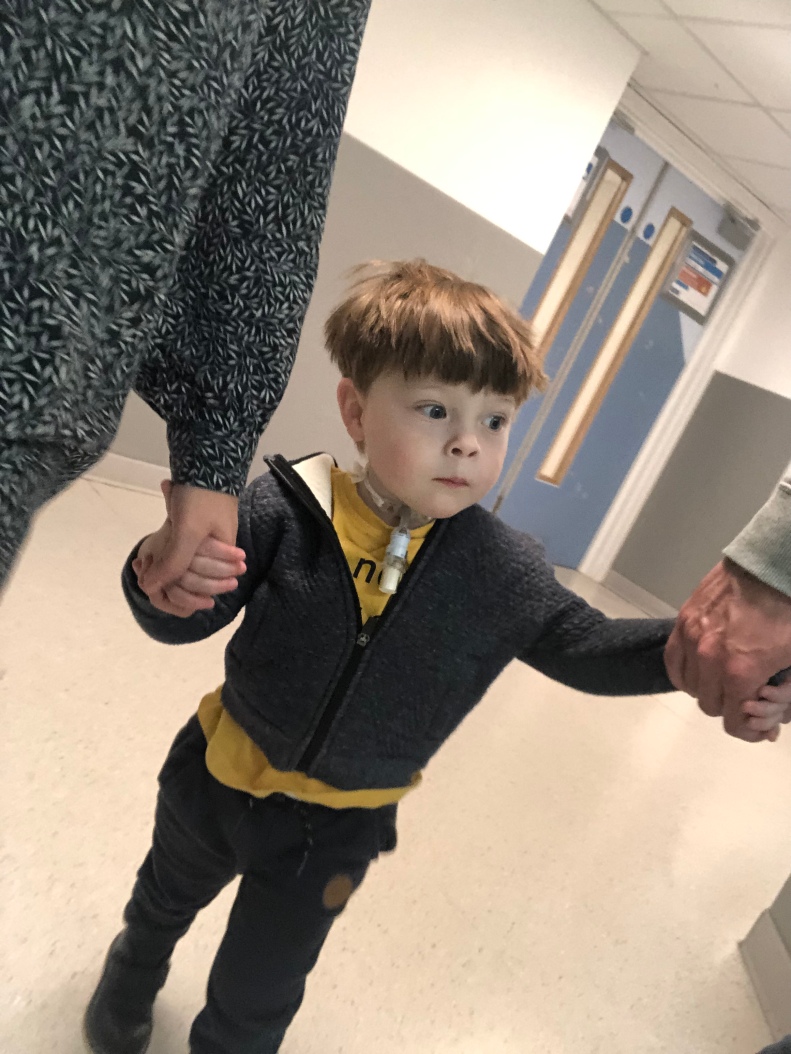 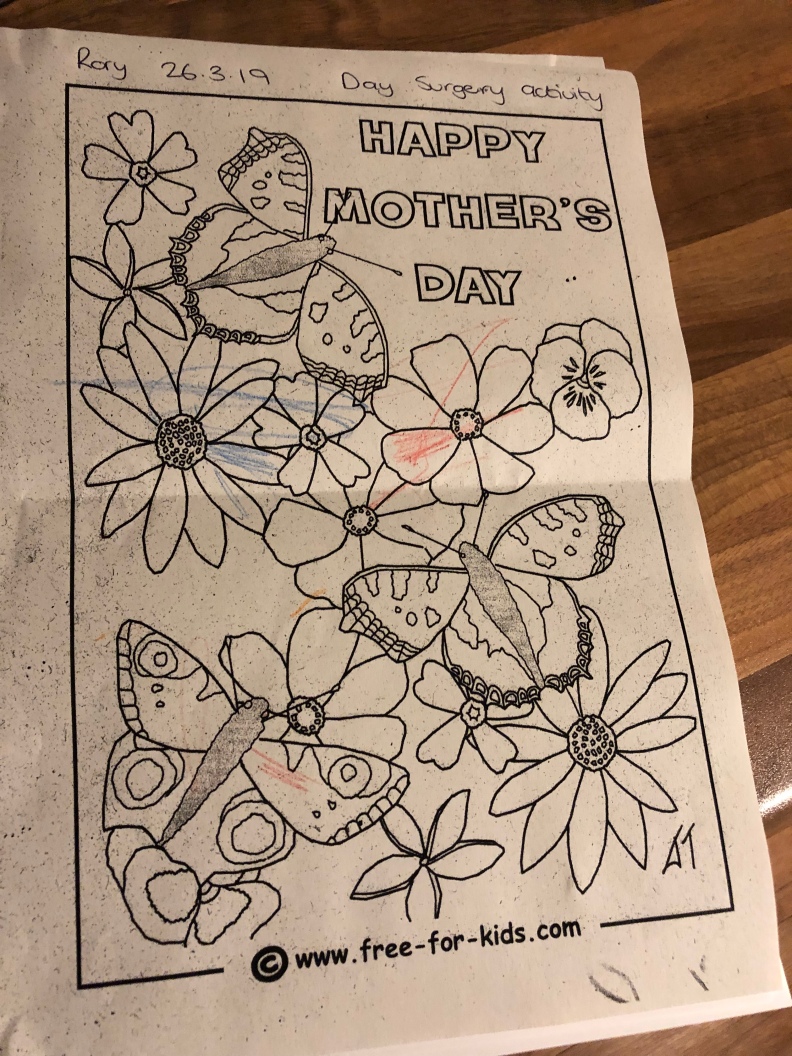 One Reply to “Surgery Shocker!”