In the last blog, we wrote about Mummy’s car brakes failing and having to spend time at the garage, resulting in her having to drive Daddy’s truck for 3 days before getting it back. Well, she got the car back Wednesday and on Friday, on her way home from dropping us off at nursery, she went over a speed bump and her suspension made a loud bang, followed by what she can only describe as driving on a stone-wheel, no bounce. According to valuable sources, it may be her suspension spring that has snapped. Car out of use and returning to garage Monday – Great stuff! Mummy does need a new car but she wants a specific one which Daddy says she can only have if her car keeps her going until October, but lets face it, it’s been in the garage twice already and its only January, there is no hope. So this week has been a bit of a pants one to say the least, juggling with only one car, although thankfully Daddy’s new work truck has 5 seats and can accommodate us, can you imagine if he still had his little van? We would have had a dilemma on our hands!

In the last blog, we wrote that we had all started (except Rory) with a bit of a cold, well that developed too. So much so that neither me or Austin went to nursery because Austin wasn’t well enough to go, and I didn’t have any fully trained nurse cover which meant that Mummy would have to be in nursery too, and Mummy couldn’t be in two places at once, and so we didn’t go which was sad because we had my first full week last week. it does however, seem like it will be my last full week as we don’t have another week of FULL nurse cover.

On Tuesday, Nannie came to play for a short while, and Mummy decided to grab us some dinner out of the house to get us out, and so she took us for our first ever cone of chips from the fish and chip shop.

Austin also learned how to get in the fridge and found a chocolate santa at 7am today! 🙄

Tuesday was a long long day for everyone involved. We had spent 4 long days practically inside the whole time and Mummy was climbing the walls too. We are just too big now to be stuck in, we love adventure. Mummy doesn’t know how she managed 6 months at a time over the past two winters.

On Wednesday we went back to nursery and had a good day. Daddy came to collect us with Mummy at home time and we loved it. Daddy is our favourite. Then we had KFC treat for tea. Sometimes when you are feeling rubbish, the grown ups just have to let you eat whatever, just so that you are eating something at all. Then when we got home, we warmed our feet up on the radiator just like Mummy and Uncle Craig used to do when they were small.

On Thursday, a lady visited nursery to talk to the nursery boss and my key worker all about me. We don’t know the outcomes properly yet but Check out pre-school positivity blog and fire in my belly and facts on my side blog for information relating so far.

On Friday, Mummy had no sooner left nursery, to grab her lunch at her friend Becs house (with our friend Louie) that nursery called, I had been sick and Mummy needed to collect me. Now Mummy was en-route to Becs house when her car made the loud BANG and knew that once she had finished her dinner, she needed to make her way home, park up the car and leave it there until the garage opened on Monday. She had arranged for Daddy to come and do the nursery run at 3pm and that was that – except this was an emergency and there wasn’t time for Daddy to get back home to help collect me so Mummy had to risk it for a chocolate biscuit and drive really slow all the way to nursery (which isn’t easy in an emergency) with Bec driving right behind her just in case, and she ran round the playground to get to me, I was absolutely fine. I looked a bit pale. The nursery ladies were cleaning up, one was even cleaning her shoes because I vommed all over them, I quite like that lady as well, hope she forgives me. I’m sure she will because she is super nice.

The fear was that I had caught a bug, but I wasn’t sick again at all, i slept a little and then ate a lot and then I was just fine. Sometimes when I have a cold coming or I have lots of secretions, I am sick. This was the first time I was sick at nursery and even thought Claire asked the question ‘is it trachy sick or is it sick sick’ I don’t think anyone really knew. One minute I was stood in front of the white board ready for the hello song, the next minute i’m stood in Vom and Mummy is taking us home early.

Mummy & Daddy were meant to be going to Leeds on Friday night to see fellow blogger, fellow twin parent and comedian Sam Avery. Daddy bought tickets for Mummy for Christmas, but as with anything that is ever planned in advance, it is difficult because our health is so up and down. So, Sam follows us, and Sam and Mummy have had the odd conversation from time to time and so she messaged him and joked that they will be the ones shuffling in – late!

Mummy & Daddy left the decision right to the last minute and because I was absolutely fine, they bathed us, drove us to Nannie & Grandads in PJs and left us for a sleepover. They missed their table they had booked, but it didn’t matter, what mattered was that we were ok, and that they made it in time for the show, so they grabbed a McDs on route and arrived with 3 minutes to spare. They had a great night and Mummy managed a full 8.5 hours sleep with no twin interruptions and no bed invaders. New woman!

Our weekend was full of adventure, we were a little snotty but fine overall. We did the food shop in a twin trolley without falling out, we both sat down in the bath together and played for the first time ever (now that it is getting safer for me) and we had a fun sleepover with Uncle Craig and Uncle calum so that Daddy could go to his friends leaving party as he is leaving for Mexico, a one way ticket! We had an early morning walk on Sunday to feed the ducks and even managed a trip to the farm. Here are some pictures of our adventures this week… 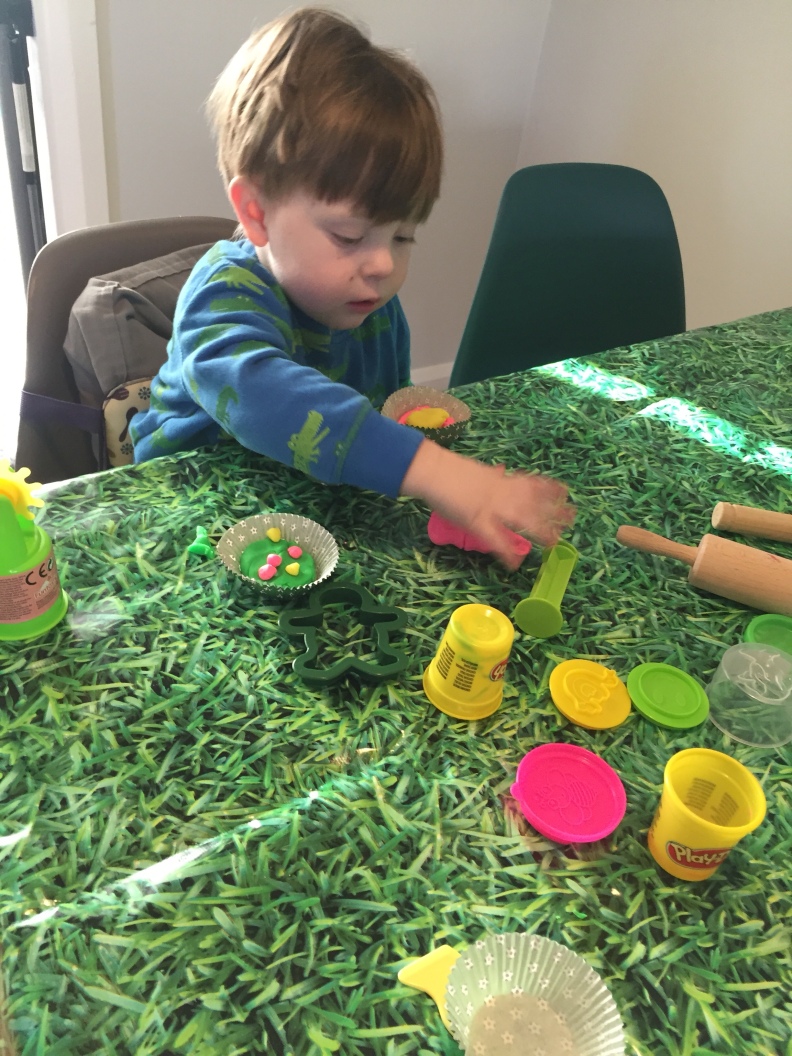 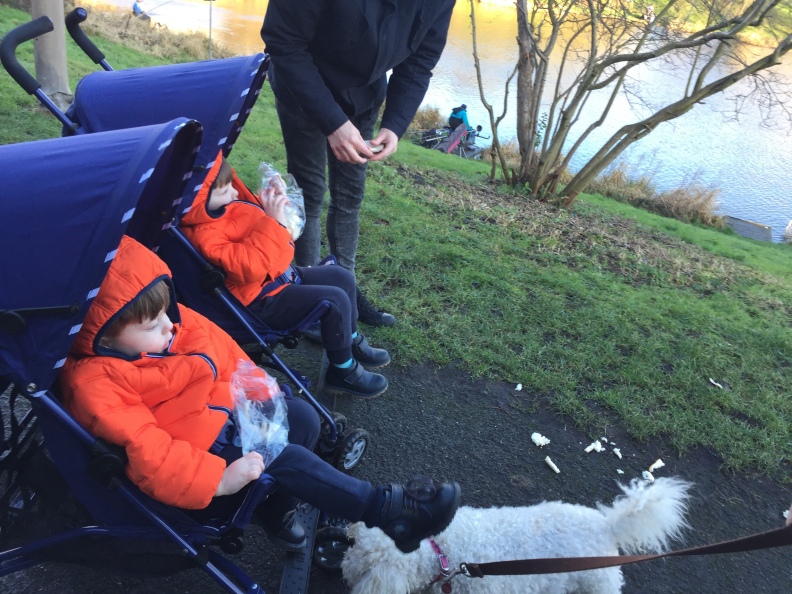 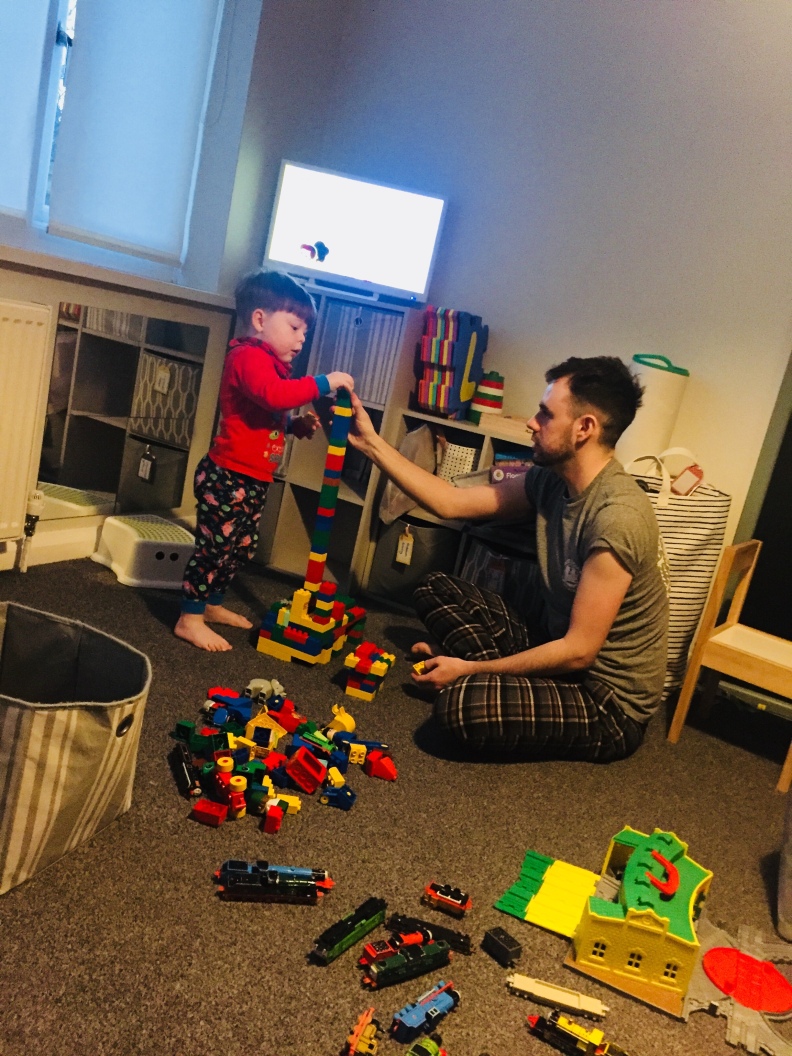 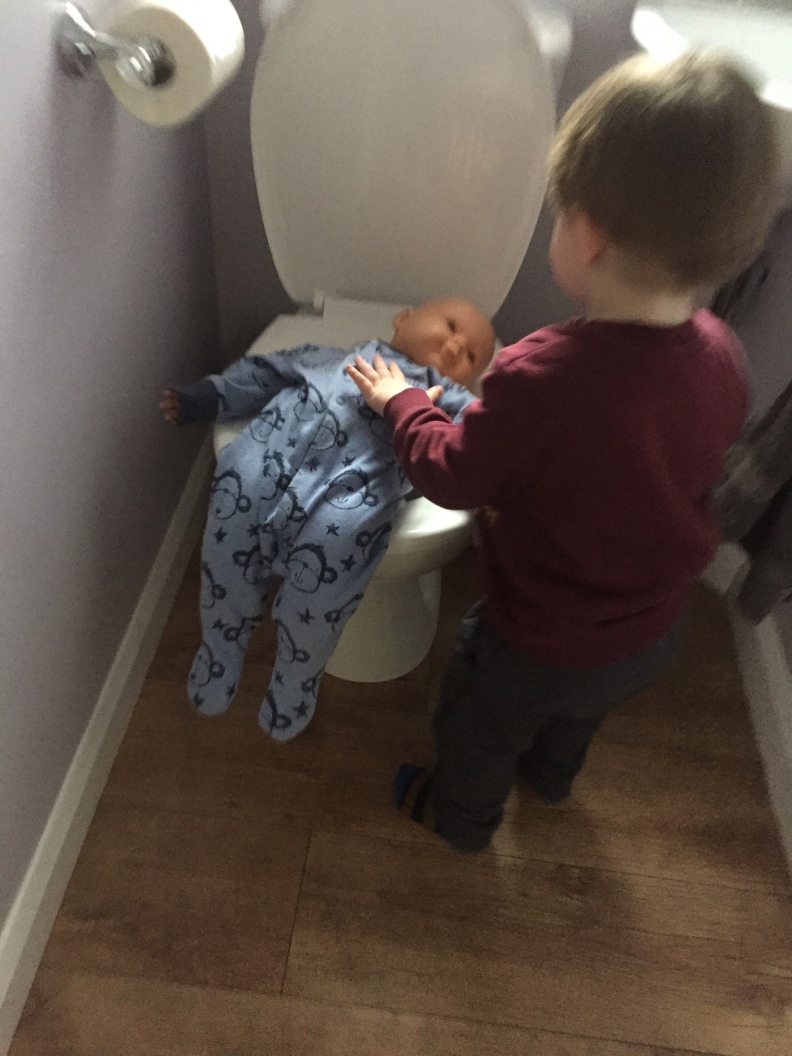 Unfortunately we don’t have nurse cover on two days next week and one day Austin is at the hospital for an appointment, and there is snow forecast, but lets see if we can at least get full attendance over the other 3 days!