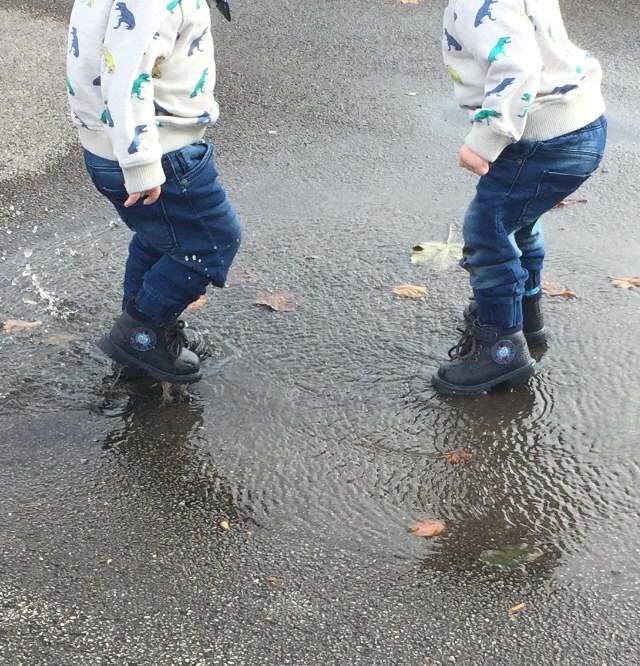 And just like that another week has flown by.

On Saturday we conquered a challenge – we managed (albeit a short trip) a trip to tesco in a twin trolley with no arguments, no fighting, no drama.

Mummy had her hair done in the afternoon so we spent the afternoon with daddy. It is the first time in a while it has just been us ‘boys’ and Mummy left us some activities; playdough, magic colouring, magic painting and peppa colouring. We did it all and had lots of ‘mess free’ fun! 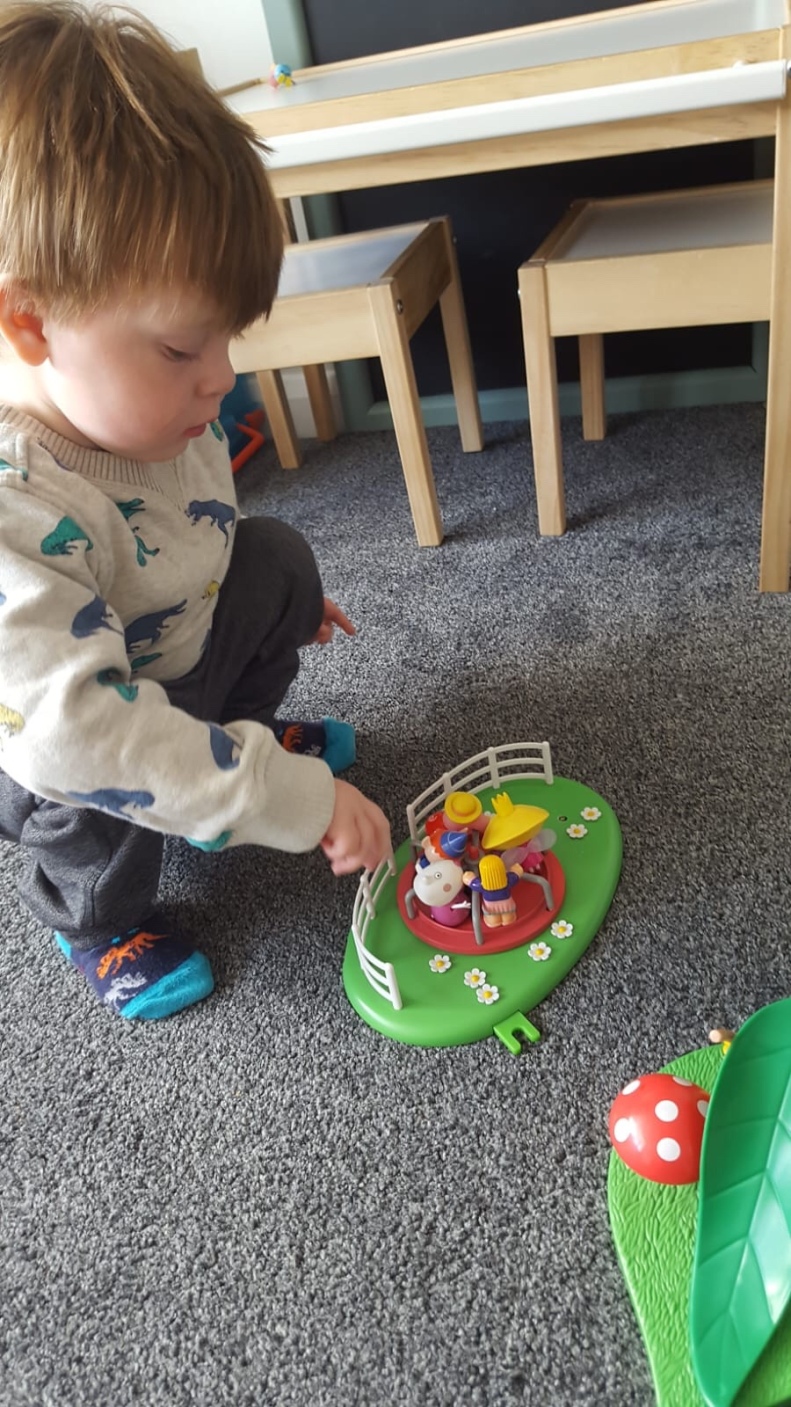 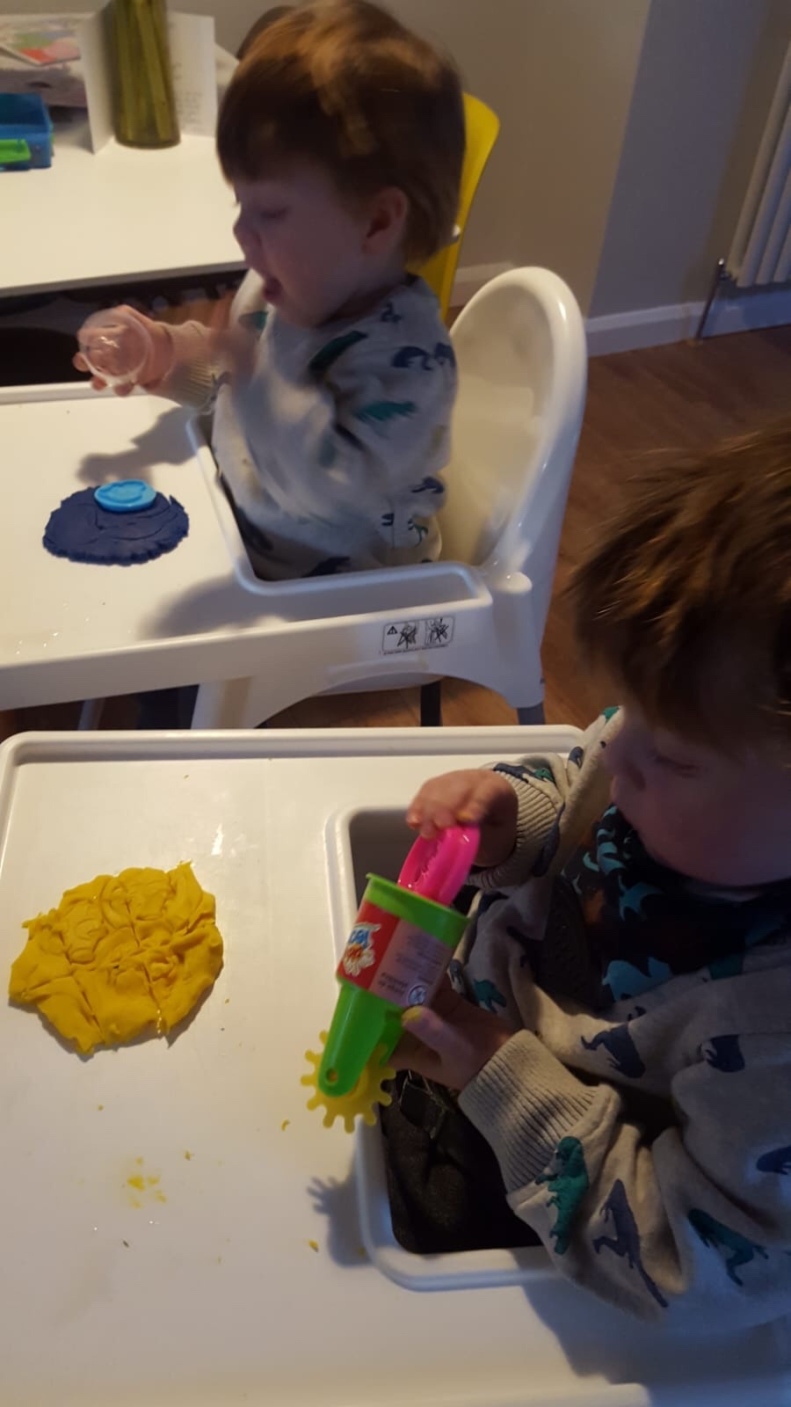 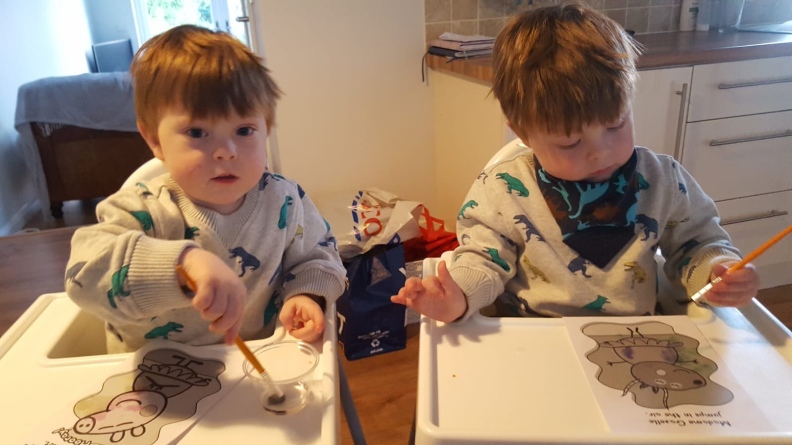 On Sunday we went to The Deep. We met Nannie Newbs and Grandad malc there although once inside we didn’t see them much because we are little runnerbeans and enjoy the freedom of running up and down, back and forth and exploring. Mummy and Daddy are always right behind us, but we think Nannie and Grandad Malc were dizzy!

We went for a Frankie & Bennys afterwards and when we got home, Nannie, Uncle Craig and Uncle Calum visitied. 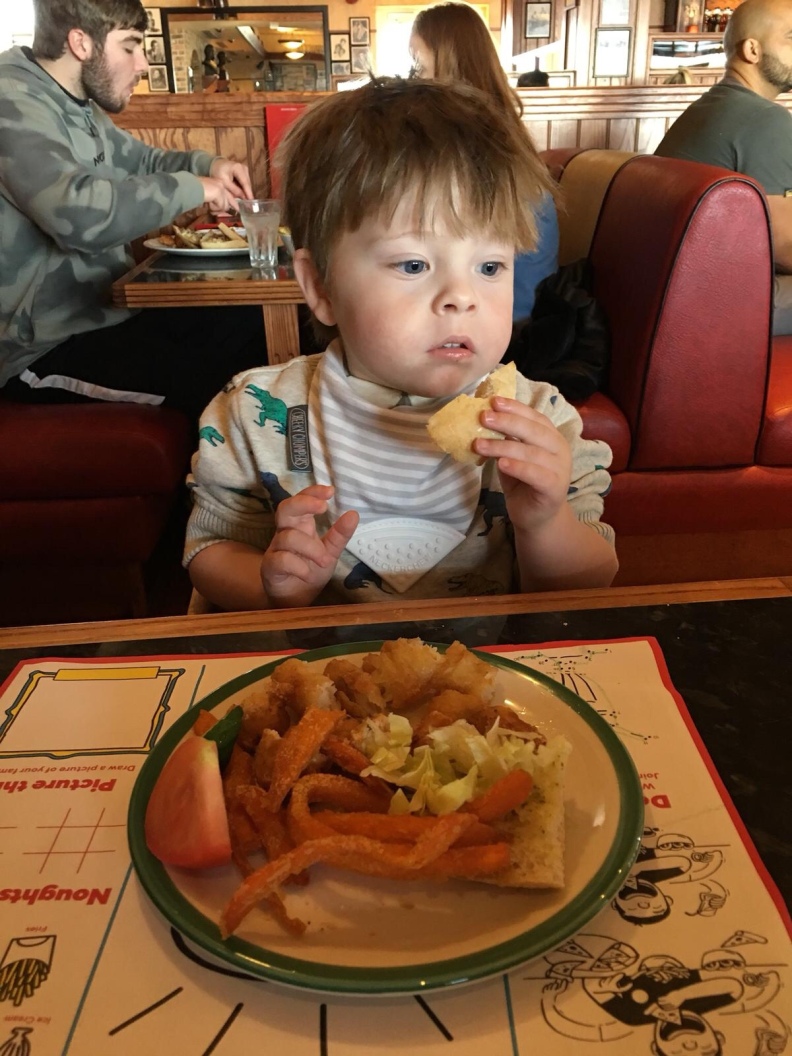 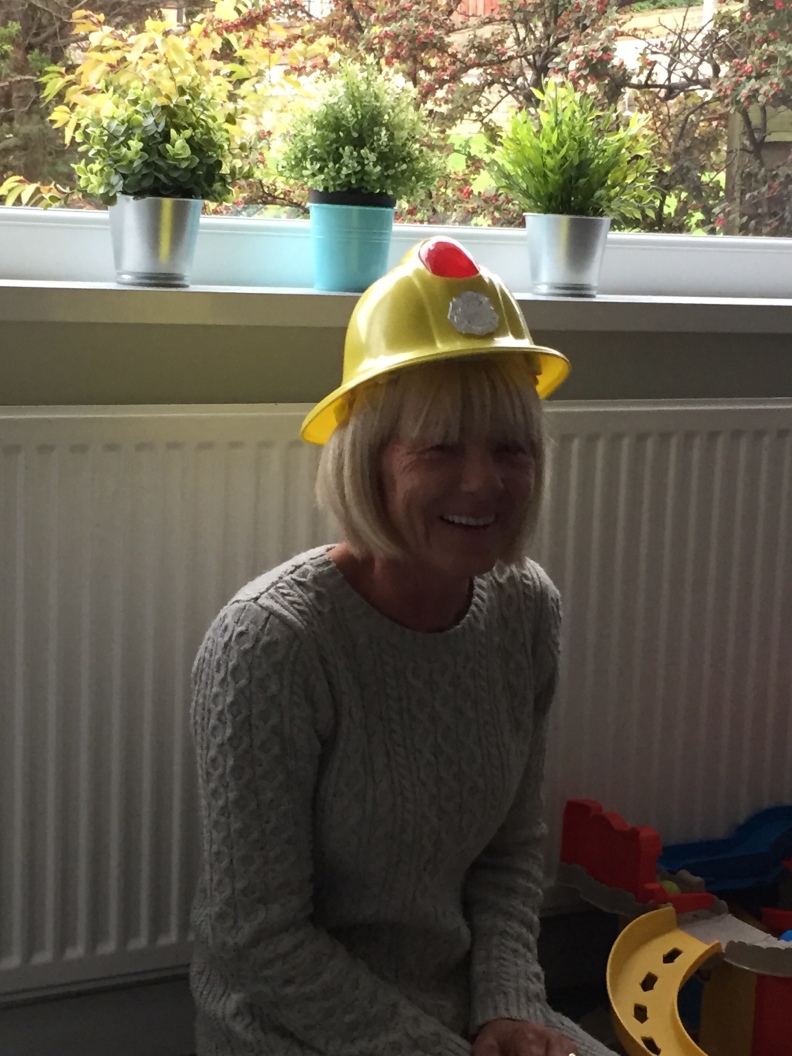 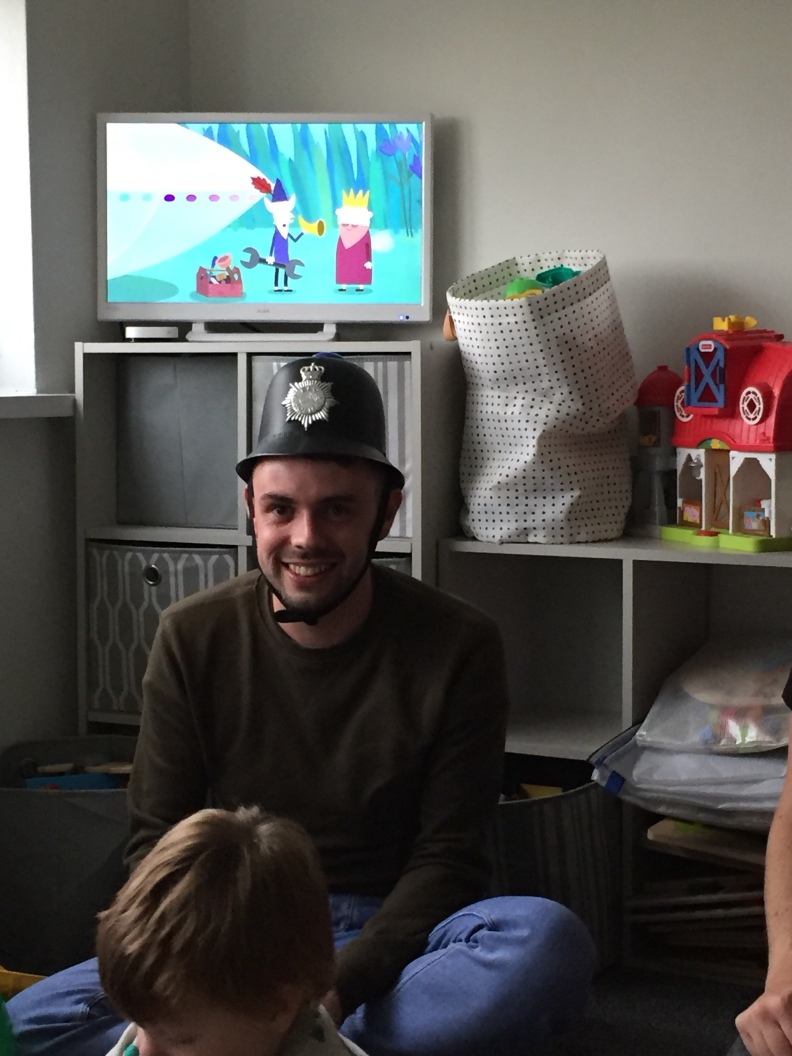 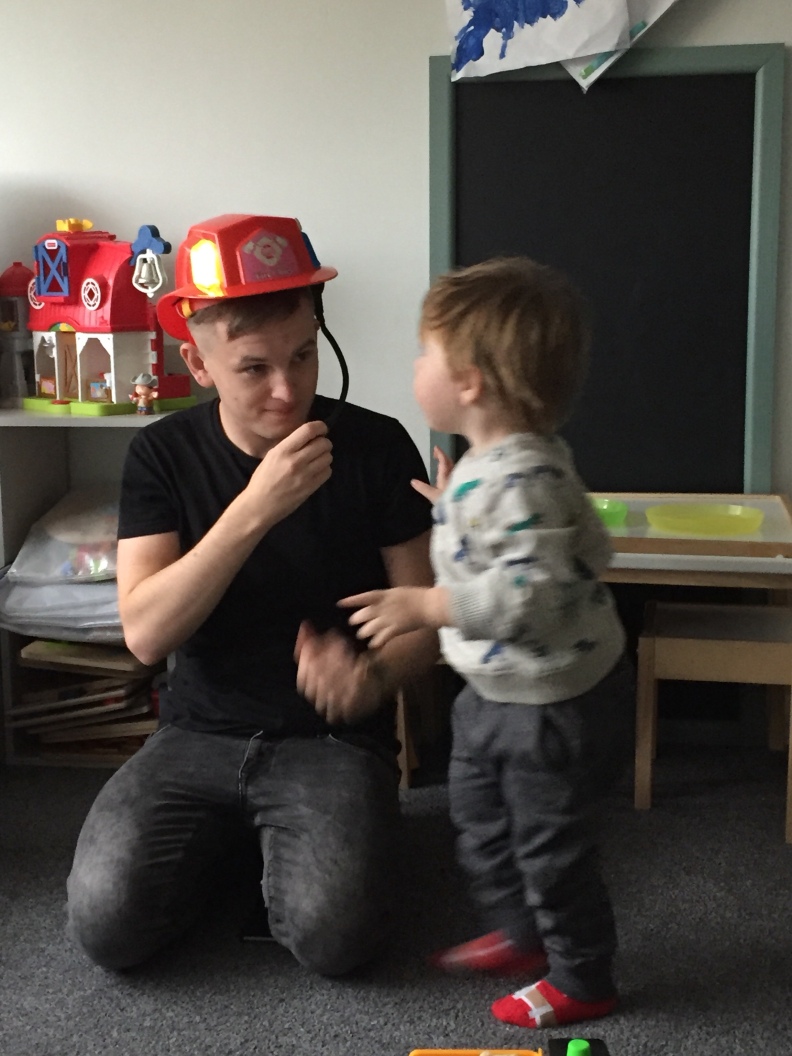 On Monday, we met a new nurse. Austin went to nursery, so we met her there. She sat in the car with Rory so that Mummy could take Austin to nursery and then she spent the afternoon at home getting to know Mummy and most importantly, Rory, before picking Austin back up from nursery. She is very different to Claire. She hasn’t had any real experience of working with a child like Rory and so she has a lot to learn before she can look after him. She has a really interesting background though, she was headhunted by Disney aged 17 and lived in America for 5 years dancing in Disney. Very exciting hey!

On Tuesday, Austin went to nursery again. Rory couldn’t go as there weren’t any nurses available so he and Mummy went on an adventure. Mummy took Rory out on his trike, to feed the ducks and then let him run around on the field, crunching in leaves whilst Mummy tootled along behind him pushing the trike. This was such a breath of fresh air, having that freedom but yet having the back up for when his little legs got tired. Something that you struggle with as a twin mum because you can’t physically push two trikes at once whilst having a hand free for a wandering toddler and having 2 wandering toddlers is risky enough on your own, never mind when having to manouvere two trikes. So yeah – it was great to be able to have that option whilst playing at one child parenting. Normally Mummy either has to fight us in a double pram and feel guilty for not letting us out, or not got. Because she can’t physically walk us both at once yet, on her own, and whilst she has pushed two trikes at once, she wouldn’t be able to let us out and have freedom at the same time. So yeah – it was great. Rory loved it so much that he became really vocal, squeezing out sounds of joy and trying to talk to mummy. He even kissed her every time he got to the top of the slide.

We both went to nursery Wednesday, Thursday and Friday with Claire. We loved it. We are growing up so quickly and our personalities are really coming out. Austin loves reading books, always has a book in his hand. 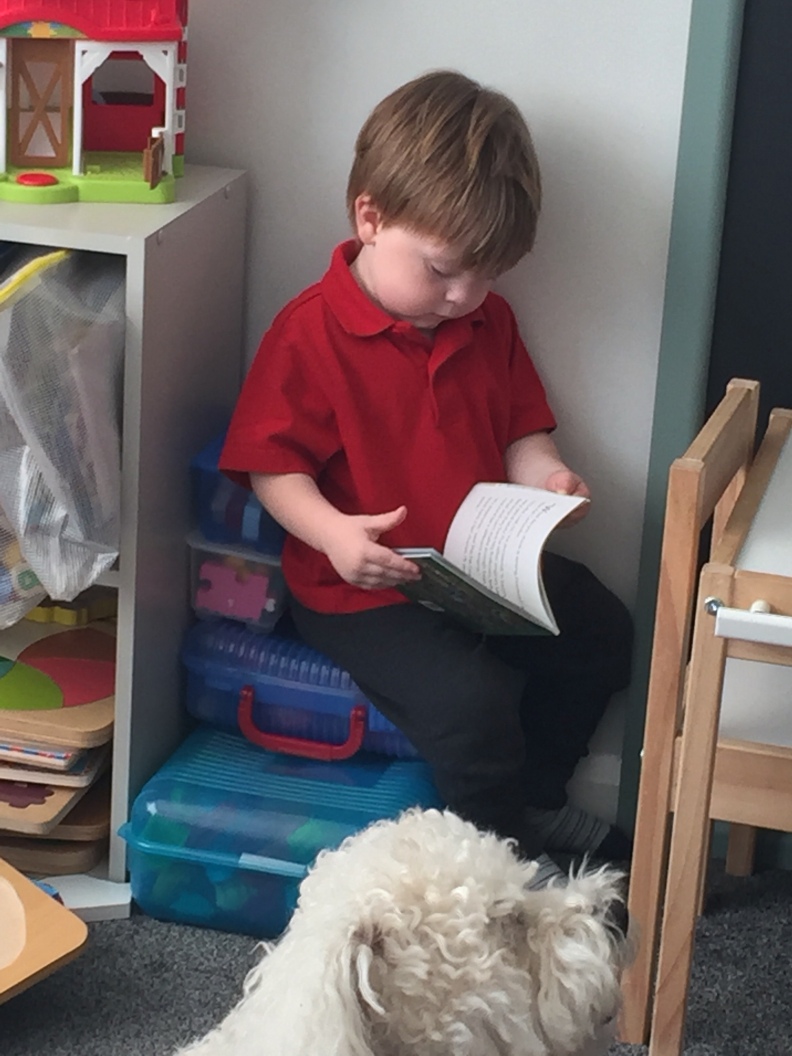 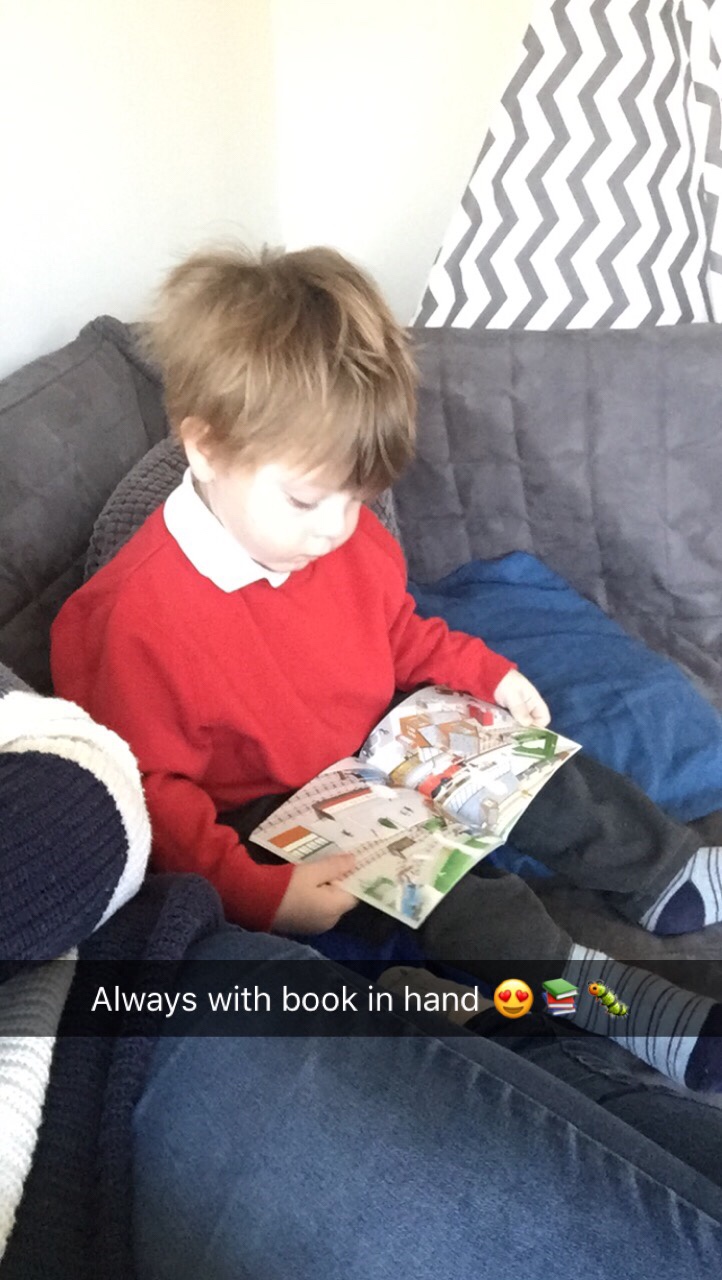 Rory on the other hand is the king of jigsaws. Mummy set him a challenge to do 6 jigsaws in 5 minutes. He smashed it! Little genius! Videos are on our Facebook page!

On Friday, Frankie came to pick us up from nursery with Lucy. We all squeezed in the car and had a sneaky KFC for tea before getting our hair cut. Well – attempting to get our hair cut. We still hate it so much. Its a good job Mum likes it long. We have awesome hair! Old women always tell us its a sign of strength – who can argue with that?

Today we have been out in our new pram – yep! Another one! Daddy says Mummy is crazy, but the truth is, we just don’t get on in side by side ones and with us chunky monkeys and the medical equipment, mummy finds it so hard to get us out and about. She abandoned the double prams and we were doing fine in our two single prams or trikes but mummy is on her own alot again now and so needs a way of getting us out and about together so thought she would give twin buggy life another whirl – just until we are that little bit better at walking with her. We are almost there. So yeah – we gave parkgate a quick whizz to buy a new outfit for Frankie’s Christening tomorrow, and then we had another Frankie and Benny’s for lunch before going wild in the park, splashing in puddles and running around the field burning off energy. 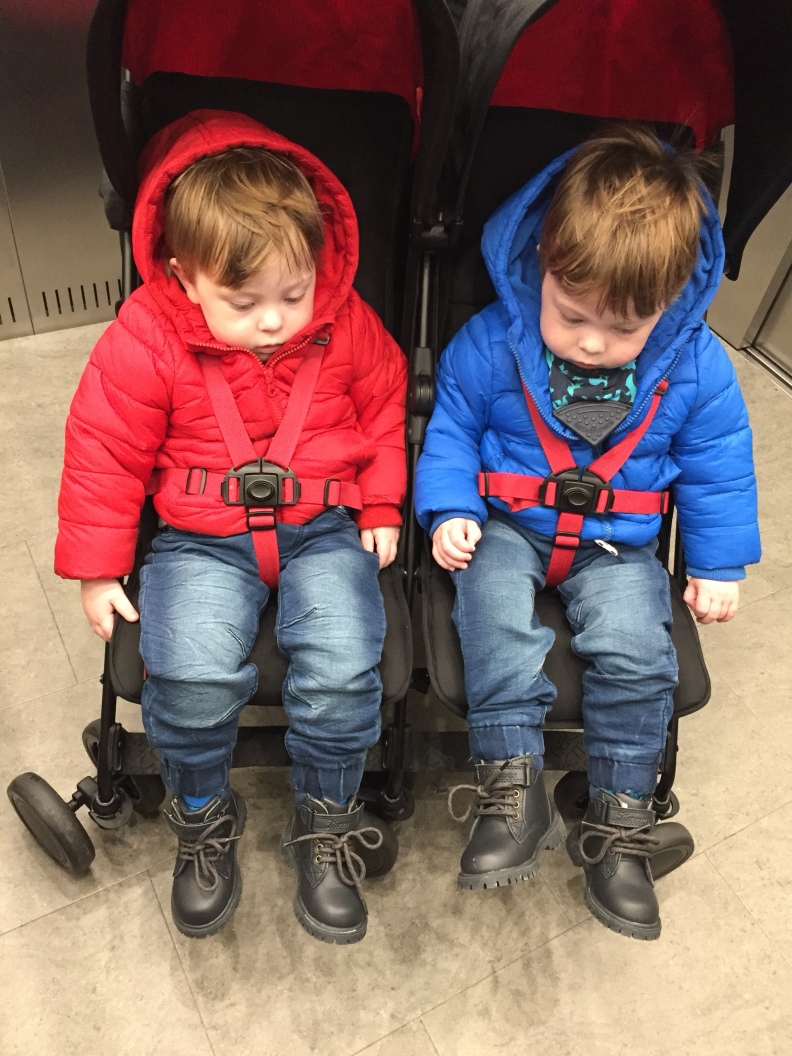 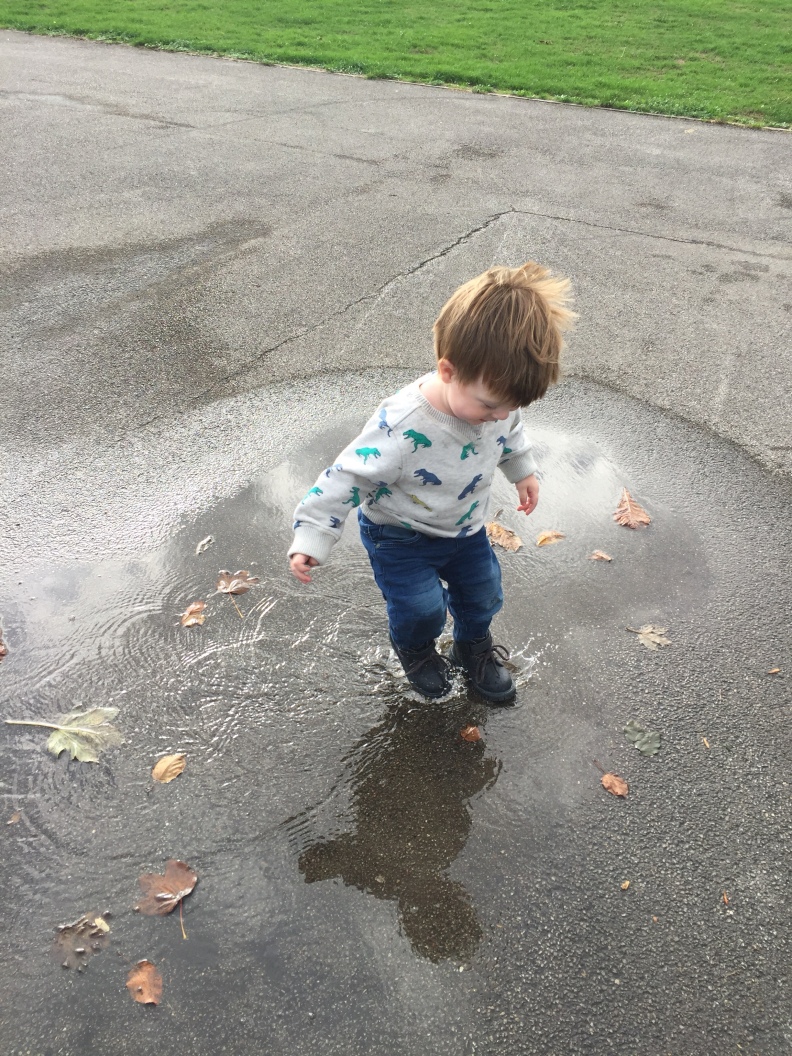 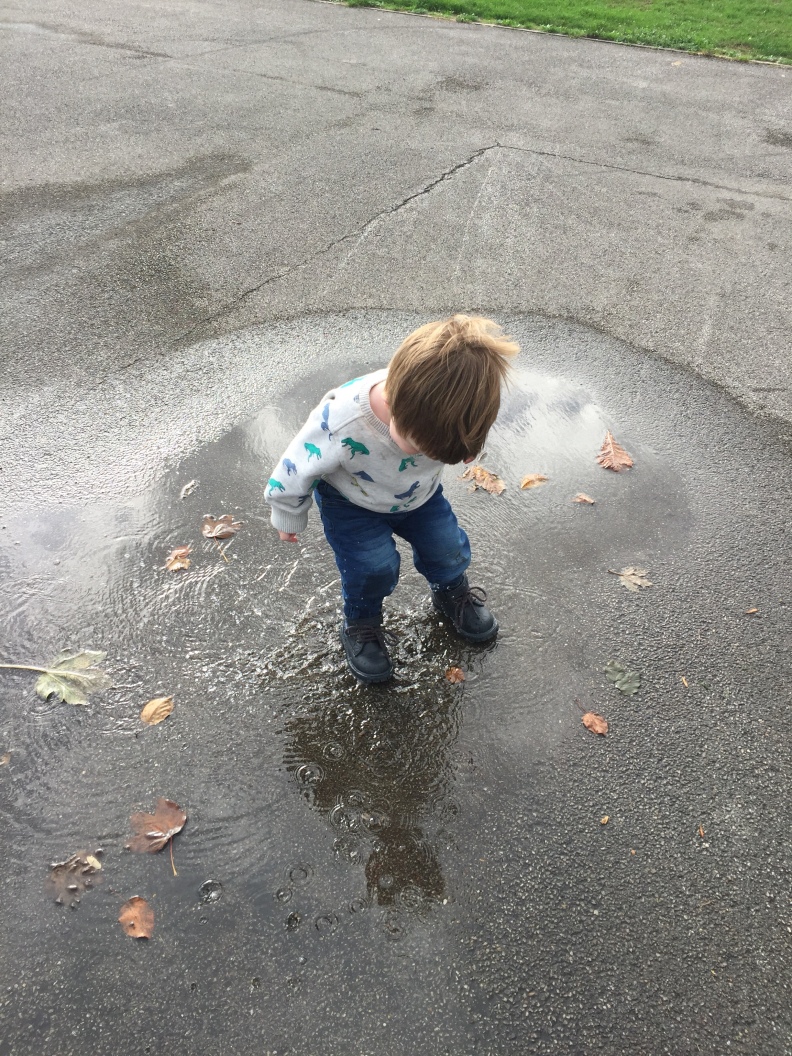 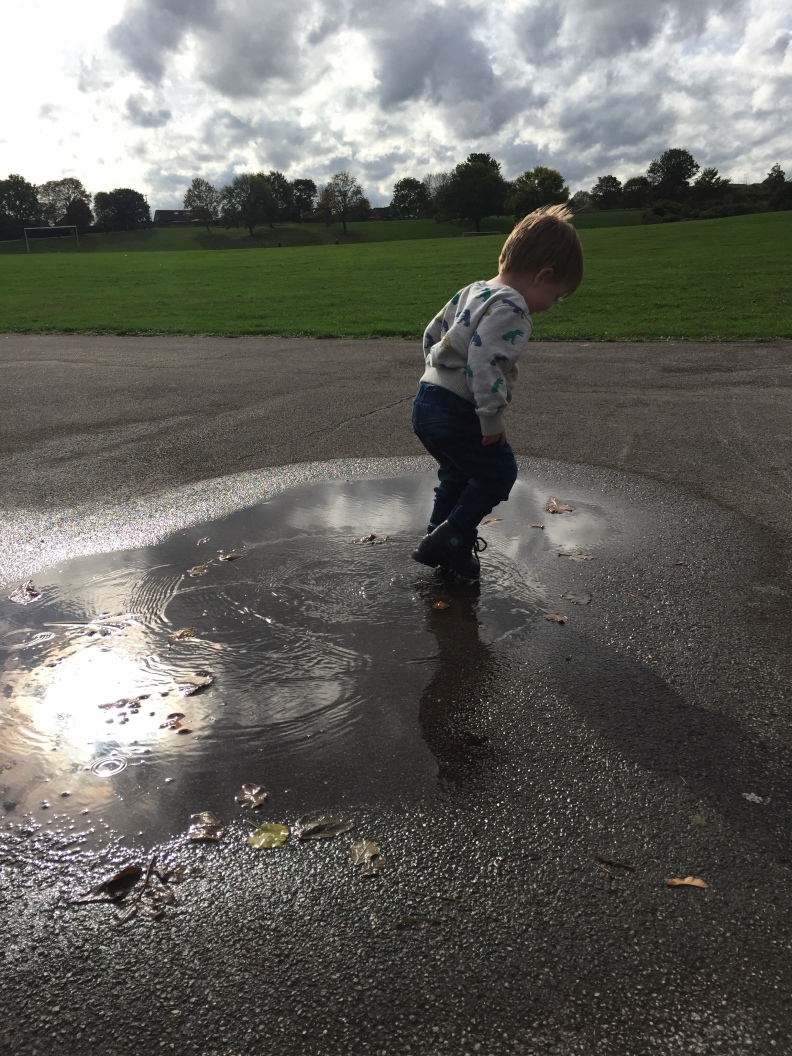 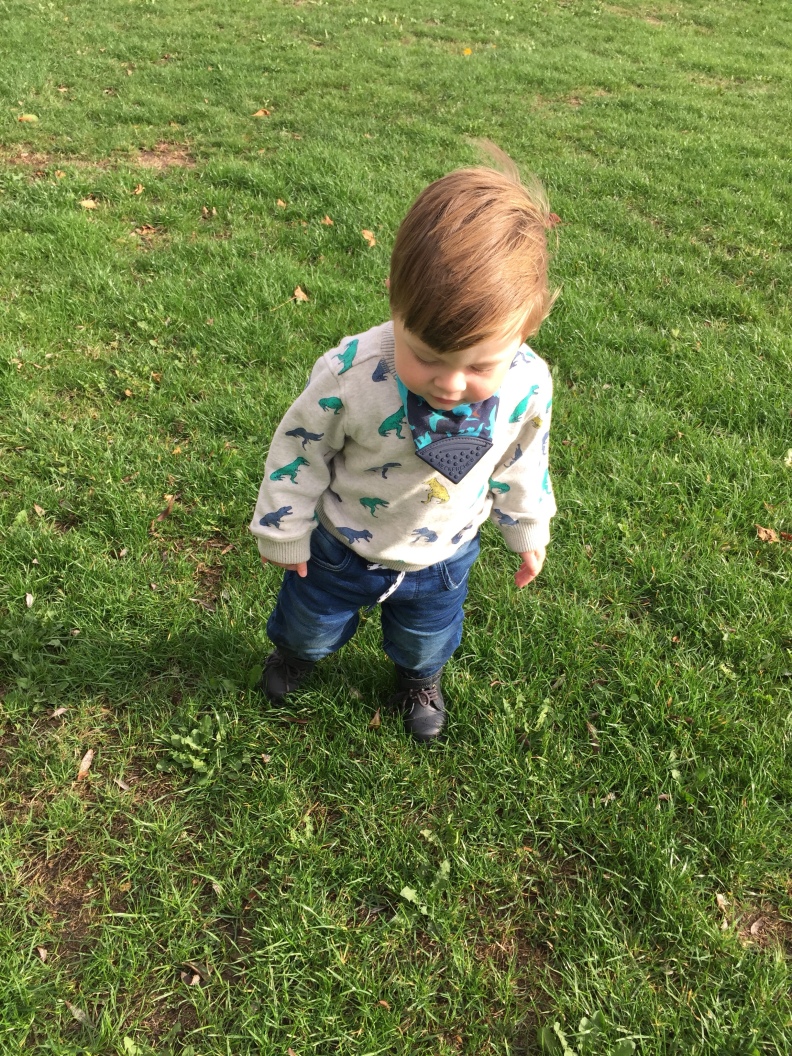 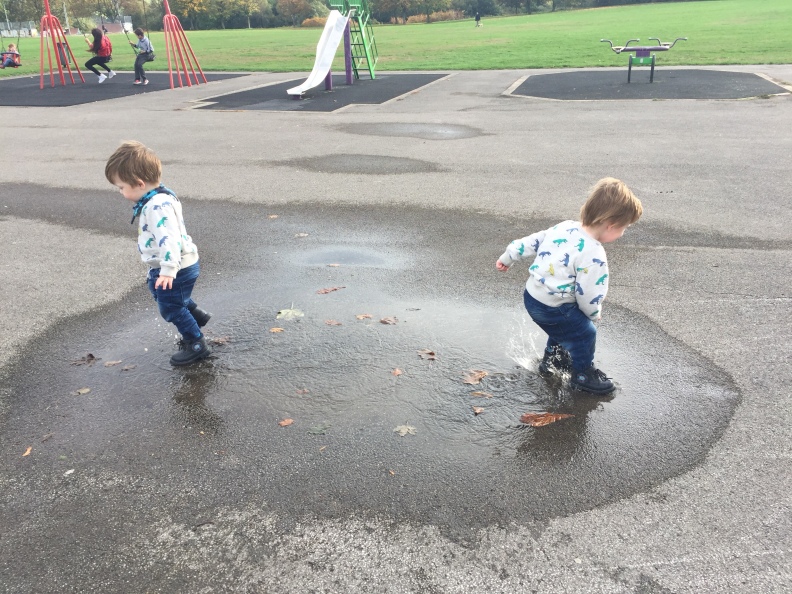 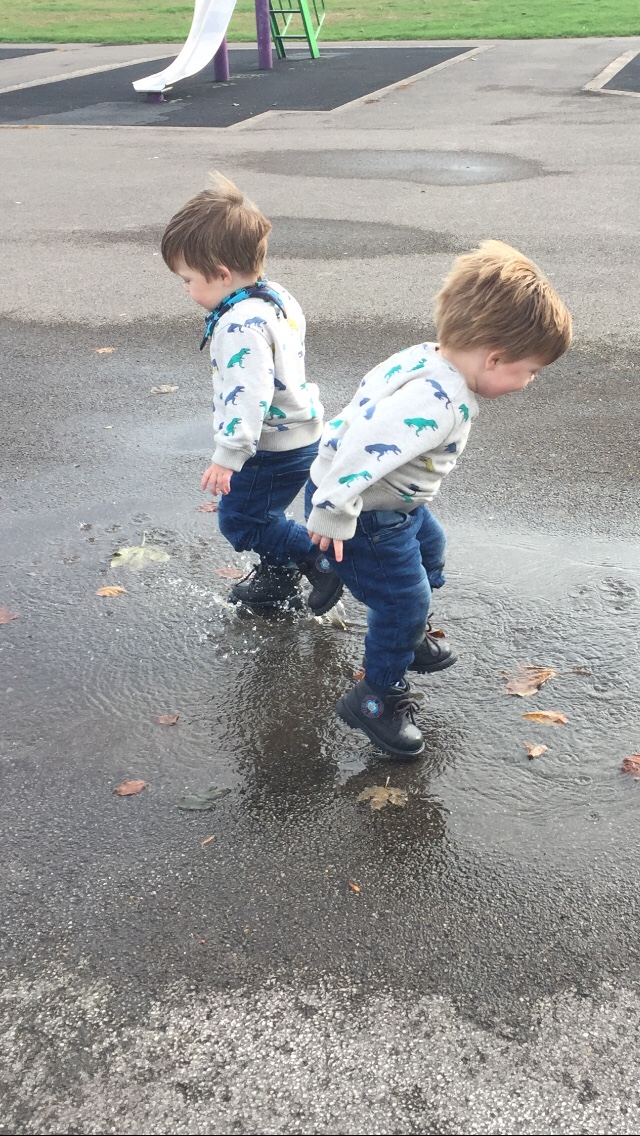 Afterwards when we got home, Daddy went to bed because he wasn’t feeling well. lets hope that this is not a re-run of last weekend and our hospital trip.