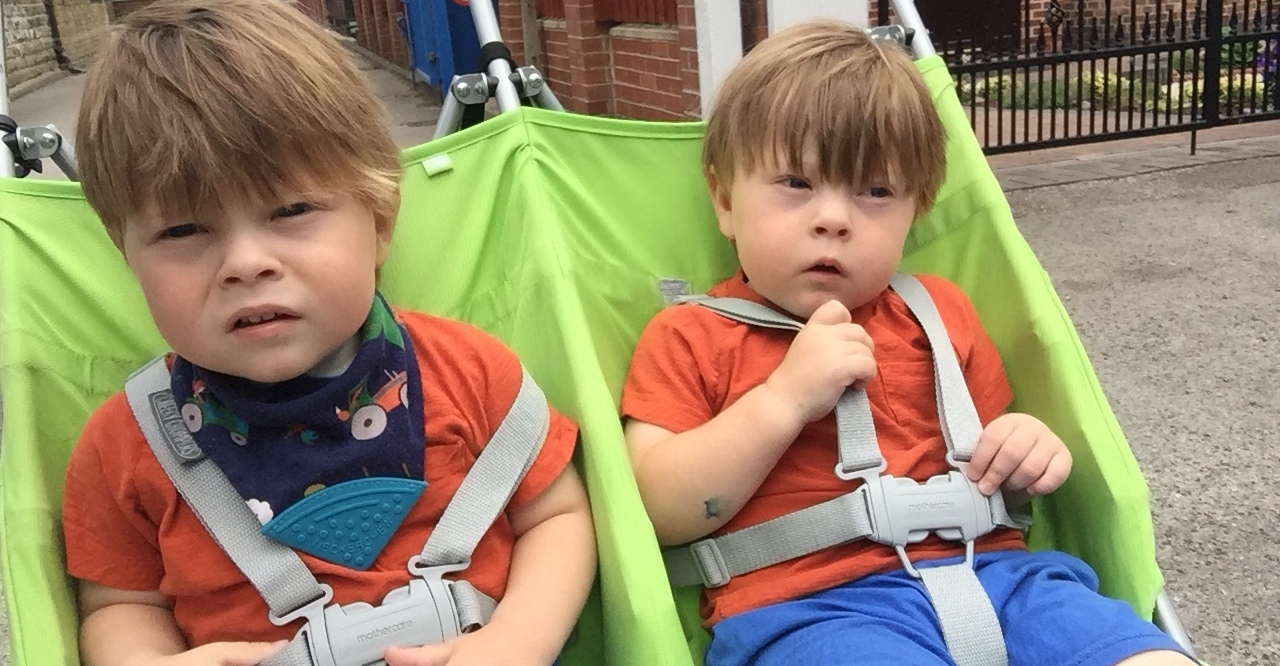 So finally, despite it being cancelled twice, it was my first day at nursery on Thursday. Mummy booked us in for the holiday club so that I could get used to it whilst it was quiet and so that we could get everyone used to my tube before the crazyness starts in September.

i’d often wondered why Austin disappearred for two days a week and I got mummy all to myself and then a few weeks ago, mummy took me with her when she dropped him off and all became clear. He went to this place where there is lots to play with, messy things that mummy doesn’t let us have at home, and lots of other boys and girls. I hoped mummy would take me too one day.

I was booked in for my first day on 17th July, but my operation was cancelled and rearranged to the 17th. Then, I was supposed to go on the 16th but lots of boys and girls in nursery had a bug and it just wasnt worth me catching it the day before my operation, the boss lady rang mummy and told her not to bring me.

Finally, the first day was upon us. I had no idea, neither did Austin until he saw mummy packing the nursery bag. Mummy on the other hand was super nervous. Not for my first day at nursery but the logistics. Our routine is usually a nap between 9 and 11 on a morning, then plans in an afternoon. When Austin goes to nursery he goes to the afternoon session and mummy and the staff have spent so long making sure he has a good morning nap and knows to sit and eat snack first on arrival and then he can play. Only this time, as the holiday club is a morning session only, we weren’t allowed a nap, we had to play without a snack first and me and mummy were staying, whereas Austin is used to being left.

Mummy knew that dealing with two potential meltdowns was going to be hard and nobody knew how it was going to work really having mummy stay. She had to kind of ignore Austin because he was at nursery and leave him to the nursery staff and stand back from me too when she could, tending only to my trachy, setting the prescident for when mummy steps back and the carer steps in.

So, we had just walked through the door, or rather pushed as mummy took the double buggy in case we were so exhaused by the end of the session that we couldn’t manage the walk back to the car, and instead needed pushing because mummy cannot carry us both, and Austin chucked himself on the floor and had a meltdown. It was all different. If his routine is in place, the journey to nursery, the conversations, the clear instructions mummy gives, and the snack and then play rule, he would have been fine, but it was all different and so he lay in the doorway having a meltdown whilst I made a break for the water tray. Thats right, the forbidden fruit!

Mummy was torn between shielding my trachy with her hand to keep me alive, and dealing with Austins meltdown, so she stood with me at the water tray and tried to support Austin by voice and gesture, she managed to get him to come towards us (by this point the other children and their parents had stepped over him as they arrived to nursery) and he tripped and fell, banging his head on the corner of the bench. Cue: another meltdown. Mummy kept her cool and once the nursery team had welcomed the other newcomers and waved the parents off, they were able to help.

We had lots of play time, water tray, tuff spot with porridge mixing, playdough, painting, lots of free flow playing and a runabout on the school field.

There were times when Mummy was torn. She couldn’t help but always have her eyes on both of us and struggled to leave Austin in the hands of the staff. For example, he toddled off towards the nursery door when we were all playing in the field and mummy noticed first so she asked him to come back, by this point the nursery lady noticed too and started heading towards him but mummy couldn’t let her take over because Austin had just ignored mummy and she needed to follow through her request so that Austin learned to listen to mummy first time. Mummy apologised to the nursery lady for taking over.

It’s going to be a learning curve for mummy to leave Austin completely alone and Me too in a way. She is only there to care for my Trachy, not me. So I should also be left to play and explore and learn with the nursery staff, just with mummy around to keep me safe with water, sand, glitter and suction my tube.

Mummy suctioned me 11 times in 2.5 hours from pulling up at nursery in the car, to driving off at the end. My bib being wet through from splashing didn’t help. When mummy first turned the machine on some children were scared, others were curious do mummy explained everything to them.

Mummy showed the nursery lady how to suction me, and my Key worker how to change my clothes during happy change, safely as not to disturb my tube. She noticed my silent cry and asked if I make any noise at all – at the moment I can’t, my voice has completely gone!

On a whole I enjoyed nursery, exploring and having fun. I can’t wait to settle in properly and make some friends.

We managed until 11:15 before mummy took us home. All of the boys and girls crowded around and waved goodbye to us.

We were so tired we fell asleep as soon as we got in the car. 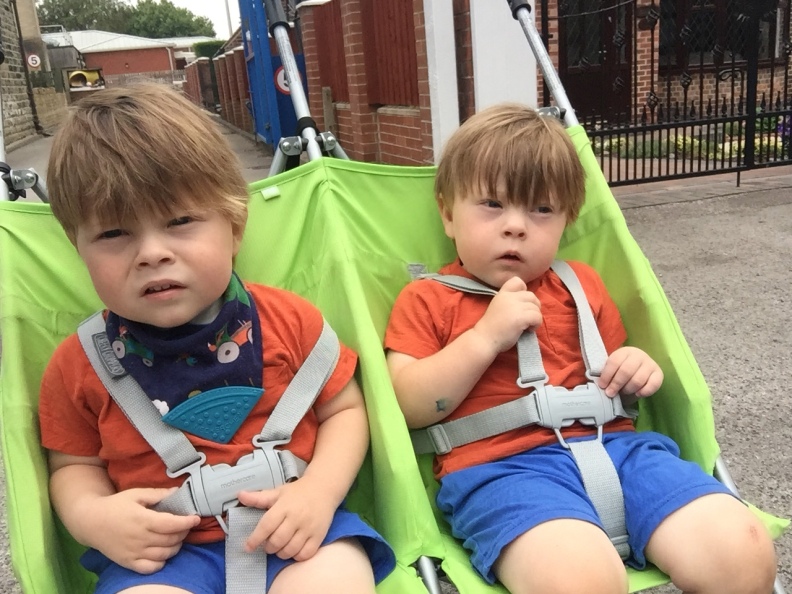 One Reply to “Rory’s turn!”