So yesterday we went to Heidi’s christening and basically ran wild like big kids skidding on the dance floor. I mean, have you even really been to a party if it doesn’t end in a bust lip? 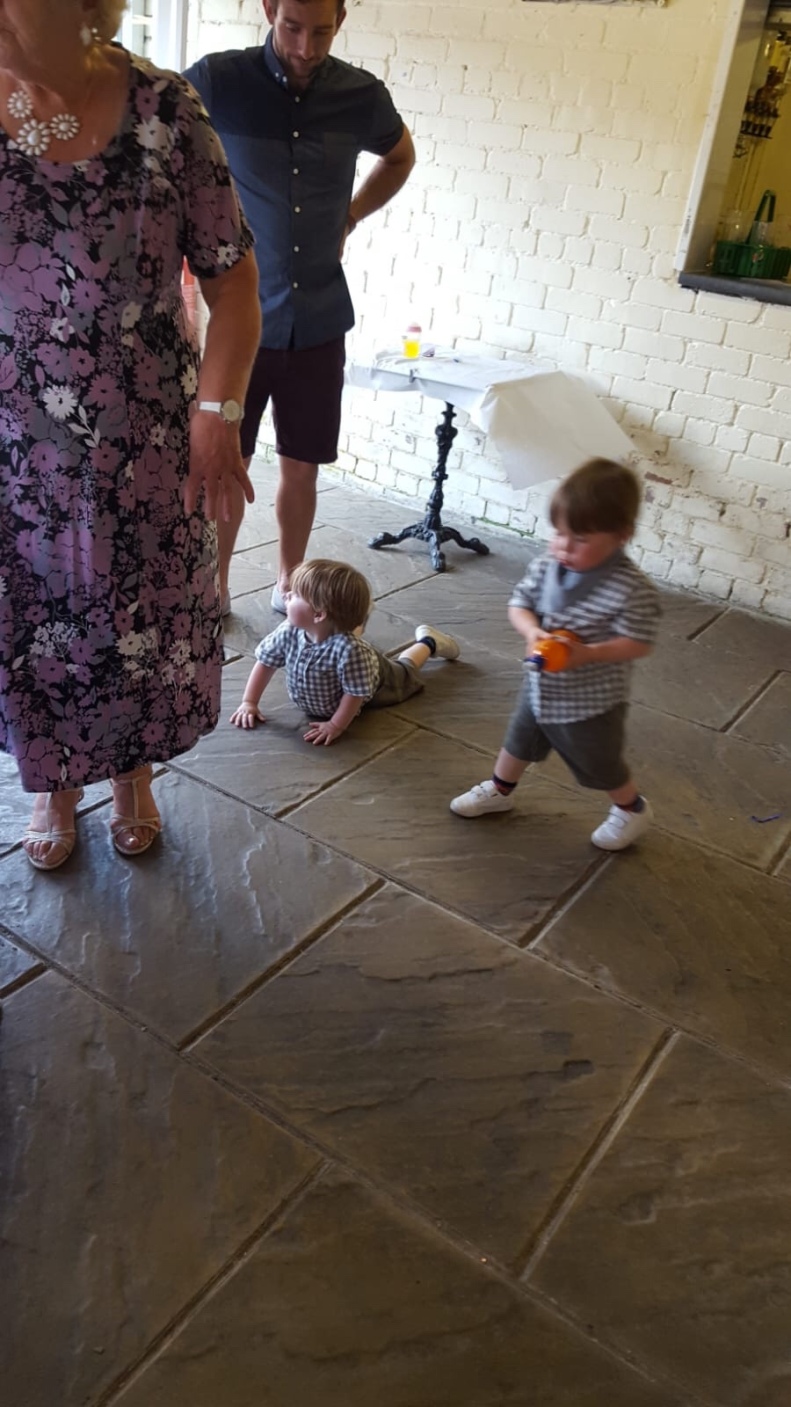 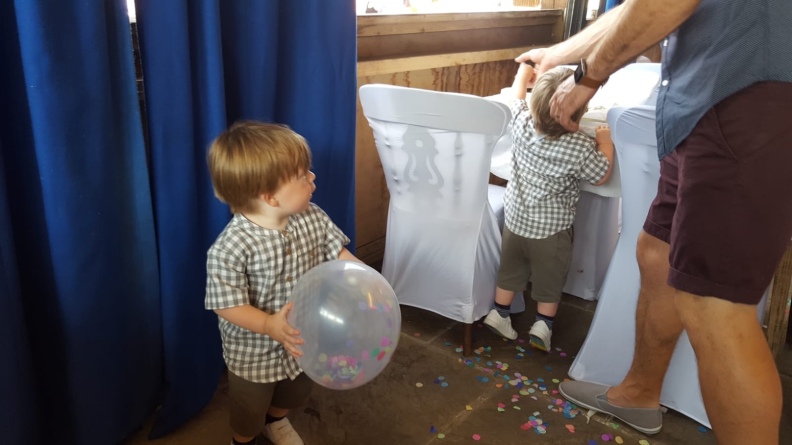 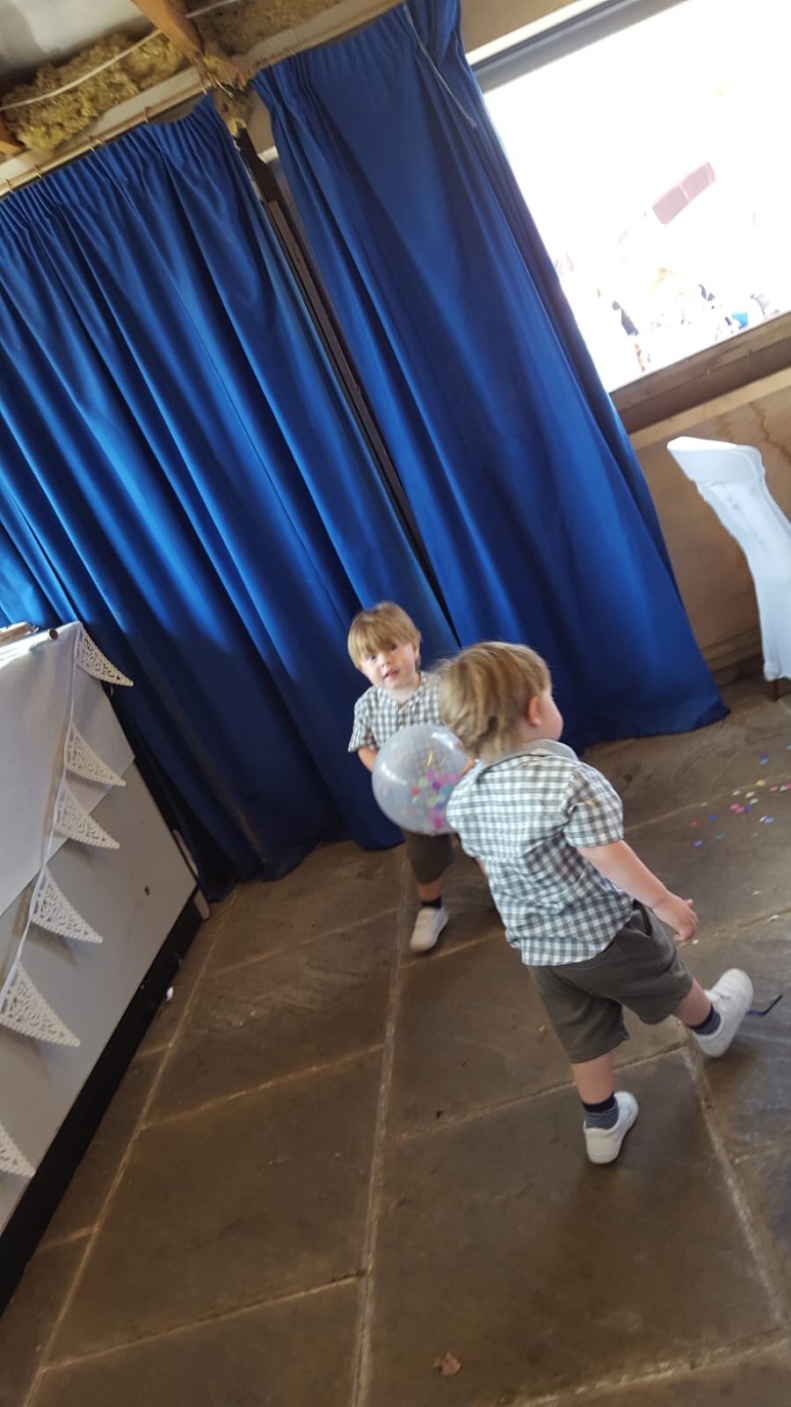 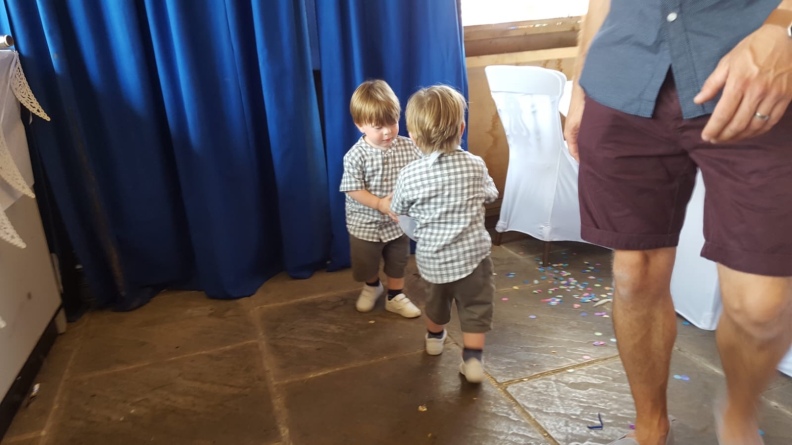 I don’t know if you read the previous blog where Rory’s new operation date took place of what should have been his first day at nursery, well the lovely ladies at my nursery managed to fit him in the day before his operation and we were all excited for our first nursery day TOGETHER!

Well, all except mum who couldn’t sleep for worrying about how she was going to get us both from the car to nursery, and settle Austin in whilst keeping Rory safe, and where she was going to position herself to ensure we still had our independence yet Rory was safe with all of the risks. She hoped that her presence wouldn’t undo all of the hard work promoting my independence and settling me in at nursery.

Our nap time didn’t quite go to plan, and Mummy was expecting a challenging afternoon to say the least, when the lady called from nursery and explained that they had a bad sickness bug and it wasnt safe for Rory, even more so with it being his operation tomorrow. I heard Mummy say ‘ill not bring Austin either then, it’s just not worth it with Rory’s operation, having bugs in the house’…I was instantly sad. I knew it was a nursery day because I helped Mummy pack my nursery bag, I saw her put my snack box in the fridge and I wear different shoes for nursery too, I knew exactly what she meant when she said it – No nursery for me. I like nursery!

Mummy took us home and put us in the pram and took us for a local walk to feed the ducks, and for a drink on Grandad Ians bench outside the pub, with his friend Brad, the landlord. he always gives us quavers, luckily we don’t go very often. 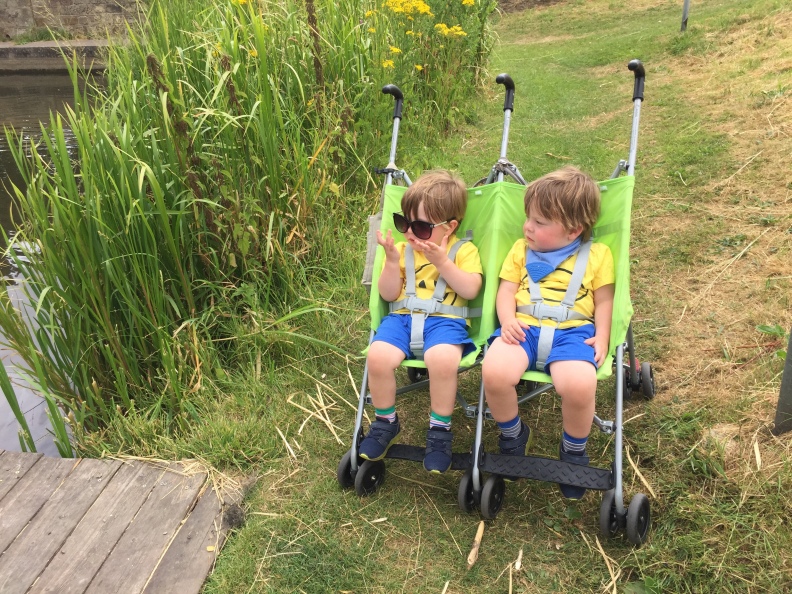 Nannie was at the ponds watering the plants and tidying the planters ready for our gala on Sunday. We went with her to look at the diggers, its really exciting, we can see them from our house too. Last year archeologists scanned the field and found lots of hidden history. They say we have more history and remains and points of interest than Beamish but it has never been exposed. We have been declared a Heritage Action Zone, 1 of 3 in the UK. Mummy and the other Mates of Milton have worked with the HAZ team to find out more though different events, Uncle Craigs house was listed as a point of interest and mummy and daddys old house where they used to live has too. There is so much history and they are now starting to uncover it. You can book to go and learn how to be an archeologist, children too, and look at artefacts that you find. We were happy just watching the big digger digging. 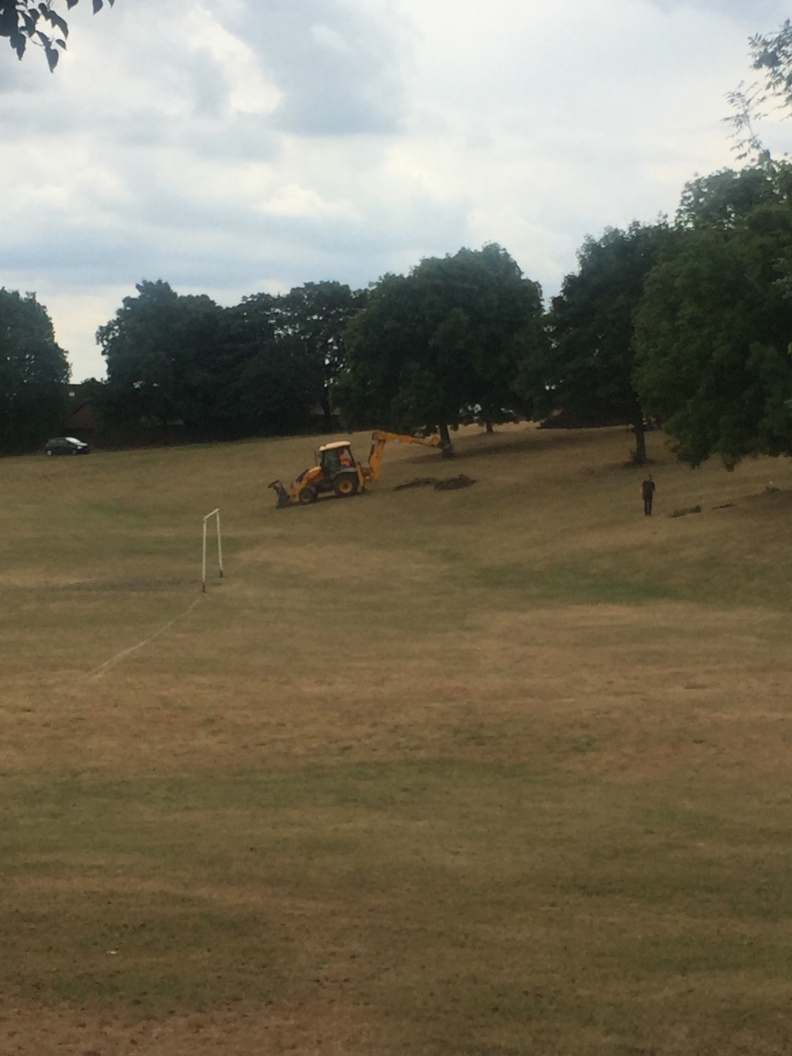 Mummy says she will take us every day to watch – we can’t wait. Nannie is going to take me tomorrow whilst mummy and daddy are at hospital with Rory for his operation. woohoo! Dig Dig picnics, all week!