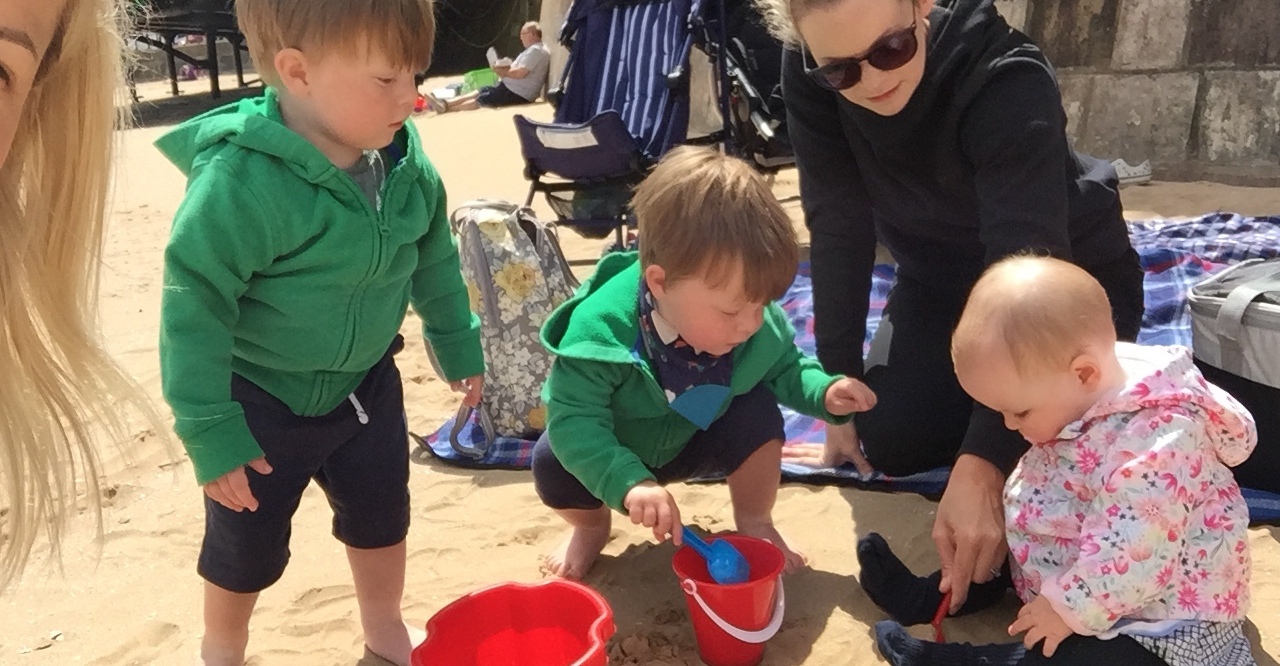 Lucy was Mummy’s first friend when she moved to Liverpool in 2006. She met her online on an online dating style friendship finder! Ironically she only lived in Huddersfield and so wasn’t too far away both in Liverpool and back home!

At uni mummy looked after Lucy and fed away her hangovers, Mummy was the sensible friend that all wild chicks need!

Mummy and Lucy have both had their fair share of serious real life dramas since adulthood crept up on them and they have remained the strongest of friends because of this!

Lucy has a little girl, Frankie and she is so cute! We love her lots! Mummy says she is like the daughter she will never have and Austin likes to kiss her. We like to watch her, she makes us laugh!

Mummy feels really lucky to have a friend like lucy. Lucy makes a huge effort almost weekly to drive over to us, sometimes just to hide from the bugs in our playroom! She is really good with us and helps mummy lots!

Because when mummy and Lucy are together, it is manageable, there’s nothing they can’t do and so they decided to brave a day trip with the 3 of us, to the seaside!

There were many considerations;

Off we went, all 3 of us napped in the car and mummy and Lucy had chance to have some uninterrupted adult conversation which did them both the world of good!

When we arrived, we set up our wheels and tootled off for a stroll up the seafront.

We went for a cheeky mcds! Frankie munched on her healthy stuff but we know she really wanted our chips – her mummy caved! I’m sure Frankie will one day soon!

We had a wander around the boating lake and then pitched up on the beach. There were a number of school trips happening and lots and lots of school children on the beach.

We set up right by the pier in a sheltered corner that we found. We had some snack and played in the sand.

Austin ran off and because of the risks to Rory, mummy had to stay with him and Frankie and Lucy follow him.

The wind blew the Peppa Pig ball in one direction and Austin ran in the other,it was like a comedy sketch watching as Lucy attempted to grab the ball and then go for Austin, except Austin ran to the sea and so we lost the ball and Lucy legged it and attempted to get Austin before he went in!

Obviously Lucy is not in tune with the toddler stage yet, Frankie sits still!

I had a wet bum! Mum had to take me in a nappy to Peacocks and buy me some new clothes because mine were soaking! 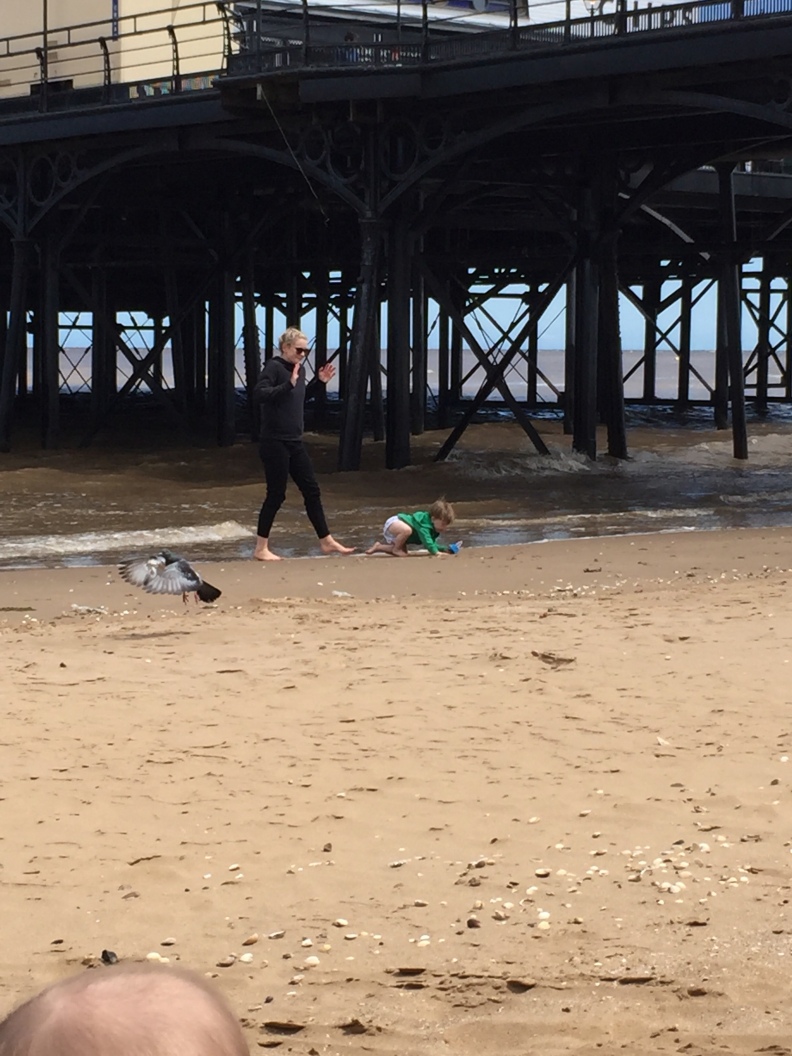 We left the beach and went to the arcade. Mummy got a whiff and figured Austin needed a nappy change. She put her 30p in the turnstile and got the buggy stuck. So she had to put another 30p in and carry him through, only to find there was nothing there. 60p for a love puff! She should have known better – Austin is renowned for his afternoon trumps!

Whilst we were in the arcade Frankie went on her first ride. It was so cute watching her smiling. We love that girl very much!

We had an awesome day at the seaside and can’t wait to do it again!