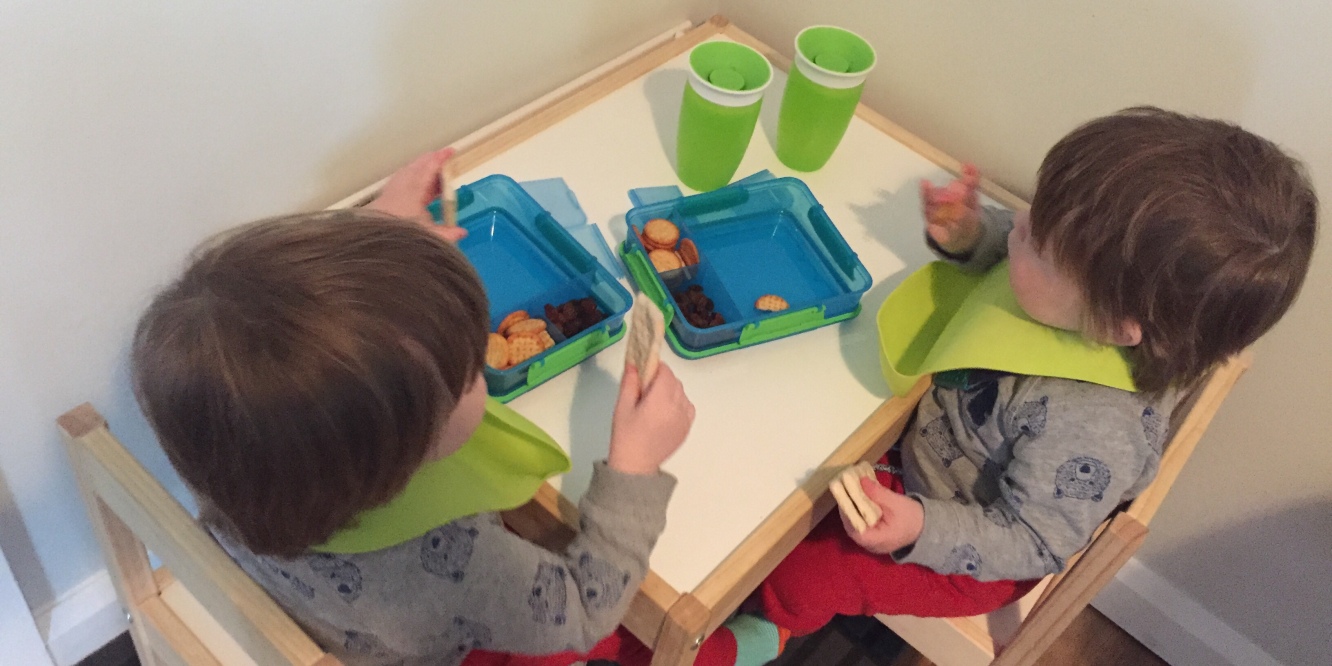 When I gave birth to you, two years and two days ago, someone else took care of you before me. I spent 99 days leaving you to be cared for by Doctors and Nurses and because I didn’t know any different, it was the norm! It wasn’t a choice but a necessity because of how poorly you were. Leaving you with someone I trust doesn’t bother me, as harsh as that sounds. I wouldn’t leave you if I didn’t know you would be ok!

However I am sat here in the car besides nursery whilst you, Austin have your 1 hour settling in session, numb, hoping I have done the right thing for you both, in what has been one of the most difficult decisions I have made in my parenting of you so far!

When you were almost ready to go home, one of you was slightly ahead of the other and the nurses asked if we would be prepared to take one home first and then the second when they are ready! The answer was categorically NO!! For a number of reasons. You were born together, hospitalised together, you were going home together!!

We have always tried to be fair and treat you equally. When you, Rory were in hospital with your Trachy and you, Austin at home – I would do bath and bed routine with one and then drive over to Sheffield to repeat with the other.

Towards the end of last year me and your Dad decided that we should start considering which nursery you would attend from September and after deciding what was important to us, doing our homework we chose one which stood out for us against the others. We visited this nursery whilst you were asleep in the car with Auntie Charlotte and we knew it was right for you both.

As Teachers and parents of you who are extremely precious to us, we had ridiculously high standards and we were happy to send you here, even though it wasn’t the closest, the most convenient or the one where all your friends are.

As the new year turned I began to wonder if September was too far away and if in fact you were ready now, and you were. Both of you. Except Rory, it wouldn’t have been right to send you, if we were to give you the best chance of getting your Trachy out this summer, and we also wouldn’t have been able to get the 1:1 nurse in setting in time. It broke my heart but together with Daddy we decided that it wouldn’t be fair to hold You, Austin back just because Rory couldn’t go.

It played on my mind, I sobbed like a baby. I couldn’t bare the thought of You, Austin, thinking I had left you behind and that Rory was the chosen one because he was staying with Mummy or that you, Rory, might think Austin has an opportunity that you don’t.

The truth is, your are amazing at problem solving, gross and fine motor skills but the things you need aren’t something I can give you. You need to have more chance to socialise, learn school routine, gain independence and even with Daddy’s new job, that isn’t something we can do because he won’t be home EVERY DAY to take you to a playgroup and I physically can’t take you both on my own.

I hope that by sending you, Austin you will learn new things and show them off for Rory to learn too. I hope that in nursery time, Rory, you and I can do playgroups together and have quality learning time, so you will benefit too. And then in September you will be able to go to your nursery together. I really hope you understand the decision and when you are older don’t feel sad about it.

Parent guilt is awful and I’m sure one day you will learn about it yourself. I’ll never understand why any parent doesn’t want to give their child the world and everything in it and love heaven and earth to achieve it!

This is all I’m doing here!

So, The nursery we chose for September is term time and that didn’t leave many weeks until the summer holidays and it is also a little walk from the car, which logistically I wouldn’t be able to do on my own with both of you which means I would still be relying on another person on nursery days. So we began to look around, the idea of you both going to a nursery for the first time in September meant it would still be special too, so we visited a nursery where a couple of your friends already go and mummy knows some of the staff. Mummy liked the idea that you, Austin would already have friends there. Upon visiting me and daddy decided that it wasn’t for us and especially because they couldn’t accommodate you on he same days as your friends anyway. So we got in touch with the nursery where you will go and they squeezed you in.

I bought you both a lunch box and I will have packed lunch with Rory on nursery days too. Here is you practicing using it at home…

I am sat here in the car, the other side of the school playground, counting down the minutes to collecting you and hoping that you are ok and haven’t wondered where Rory is. He is at home with Nannie probably enjoying himself lots! 16 minutes left and counting…

You were very quiet in the car on the way here, possibly wondering why you were without your other half. You toddled around the playground quite happily and wandered in when the lovely lady popped her head out and said hello. I took off your coat and you ran in, eager to explore.

Your new Key worker took you to the sand and you played happily. I snook off and watched you for a minute through the window. I saw you look around and hoped you weren’t looking for me and then I thought you might have seen me so ducked quickly and practically army crawled past the remaining windows. Can’t wait to hear how it went.

One Reply to “Hello nursery 😬”