Another mummy blog I’m afraid. I’m sure Austin and Rory will soon be feeling well enough to baby blog, but I just thought I’d catch you all up.

So. We have all been home since Tuesday when both boys were discharged within 20 minutes of each other.

Austins hernia repair went as planned, he has 3 tiny holes in his abdomen that are healing nicely. Hes had a really grizzly few days but who wouldn’t after surgery?! Other than that he is doing really well.

Rory on the other hand has quite a rocky time ahead. The Surgeon discharged him because he was breathing fine and it was a sunny day. However she explained that she wanted him back in 5 weeks to perform the same balloon operation again, unless his windpipe collapses before then, in which case he will have surgery when required. She explained how something as little as a tickly throat or a sniffle or a change in weather can cause another collapse and that his diagnosis was life threatening. We had some really serious conversations that morning. Some that were too much for daddy to be part of. She explained how important it was to keep him in and not to mix with germs and risk infections as to keep him a safe airway as long as possible. The surgeon told us that the long term solution is to build Rory a new windpipe from his ribs but that he had to be 10kg / 20lbs before she could do that as it is quite a major op and so really we just have to hang in there as safely as possible until then. As his subglottic stenosis and subsequent stridor are extremely severe, in fact the worst with only no means of life being the only next grade, the surgeon doesn’t expect the balloon op alone will provide him a safe airway until then. He will quite possibly end up with a tracheostomy. Ok…..not the end of the world. It’s only short term until the big op but the op for the balloons and the Trachy op are weeks and weeks in hospital and more trauma to go through. If he had a Trachy that in itself is life changing. He won’t have a voice, he won’t be able to make noise. Go swimming, cough, sneeze etc. As if he isn’t up against it already, he would have that to deal with too.

As always when one of us shows signs of crumbling the other grows a pair and on this occasion it was me. I rationalised the whole thing. Taking emotions out of it…I summarised.

Rory has a collapsed windpipe. Fact. It can be fixed. Fact. The only problem being it can’t be fixed until he is bigger. In the mean time he might need the balloon op again. He’s done it once….we survived. If not he needs a Trachy. If he has a Trachy at least we know he is 100% safe until he can have the big op. Either way…..we know that aslong as we can perform basic life support and get him to a hospital on time when it collapses then he will be ok. It could be worse. There are children dying of cancer, children with learning disabilities that are completely life changing, forever…..this is something that by the time he is 5 will just be a distant memory. We can do this!

Yes, it’s sad that he will miss out on the first year of life being cocooned inside away from the world or in the hospital, but he would have been anyway between oct and February and so what does it matter? He has a twin to help him communicate. They can socialise together. We can give him everything he needs. Nannie H, Aunty Chlo and Aunty Nat have agreed to bring baby massage, sensory play and messy play to us once a week and mummy will do lots of fun things with us at home. It’s sad mummy can’t socialise with her other mummy friends and lots of people won’t meet us until we are bigger but we are talking life or death with rorys windpipe and so in the grand scheme of things….mummy doesn’t mind and is sure our friends and family won’t either.

Both of our neutrophils are still low and so we are very vulnerable still to germs. It makes things harder because we can’t go anywhere so for example if mummy needs the shop she can’t take us with her.

So. That’s where we are at. Here is the past week.

Rory was allowed a short walk out in the fresh air and so he walked me and Austin across the road to the car park. 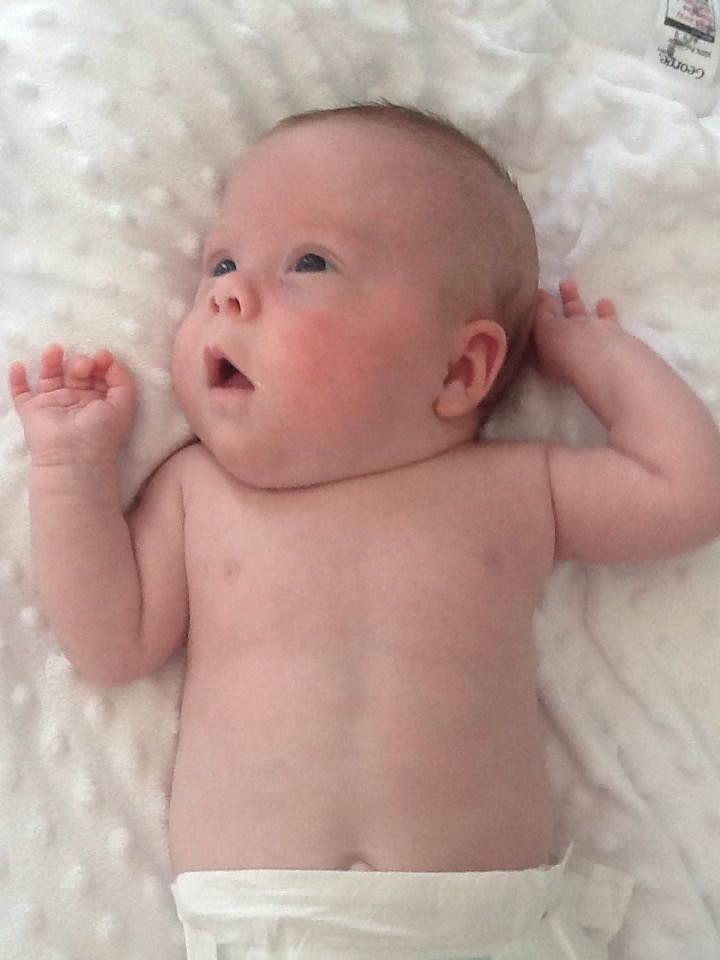 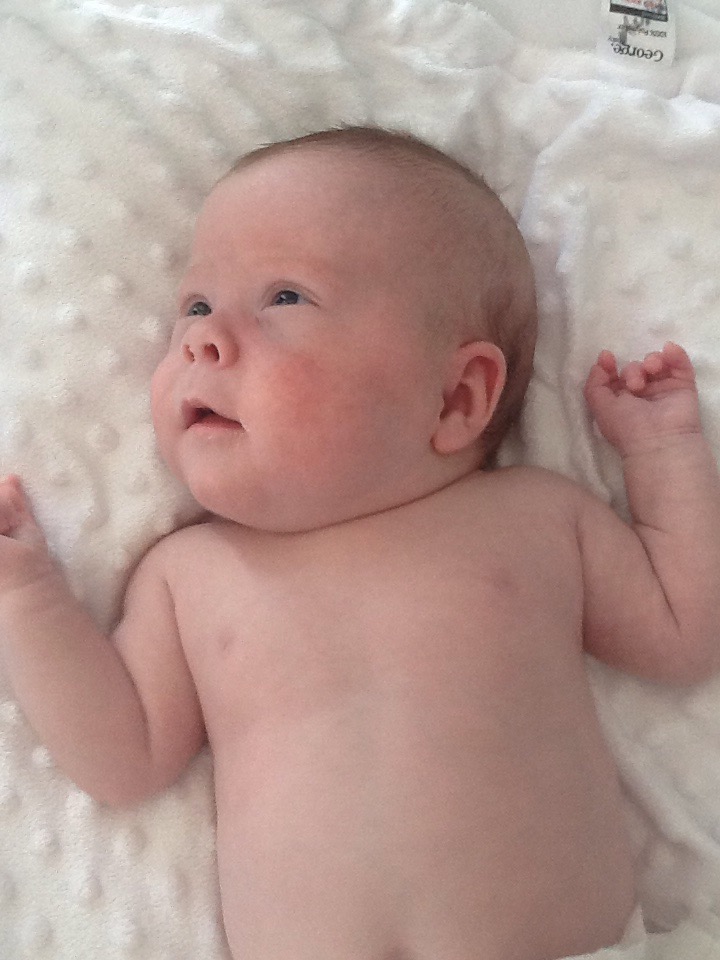 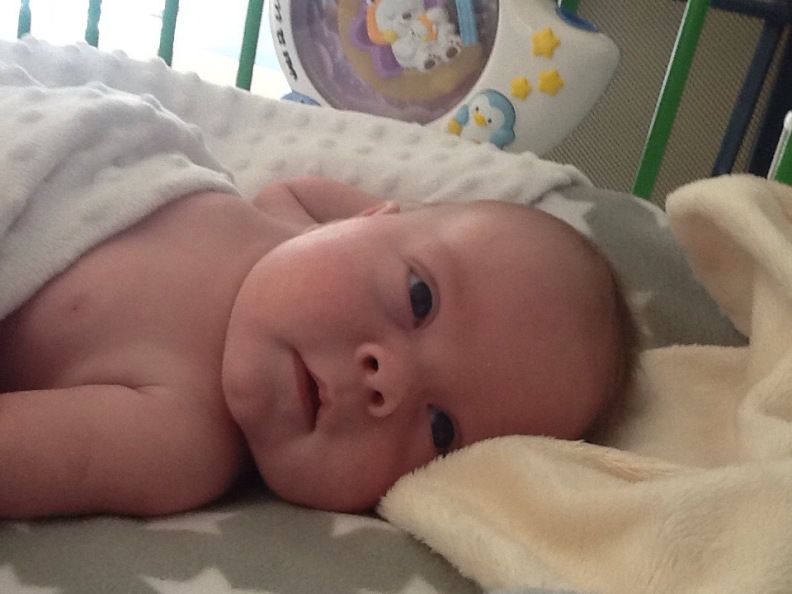 On Sunday daddy and Austin came to stay. We giggled our way through it with me and Austin in room 23 and daddy and Rory in 21. Both on camp beds with a chocolate stash behind the curtain. It was like my year 6 residential at scout dike. Uncle craig joked about the legend of peg leg. In the night daddy snook into my room and stood over my bed, trying to scare me with peg leg jokes. We laughed and laughed.

In the morning I got Austin ready for theatre, carried him down, held him down whilst they sedated him, kissed him and walked away. I surprisingly didn’t find it hard. I think we have become immune to everything. 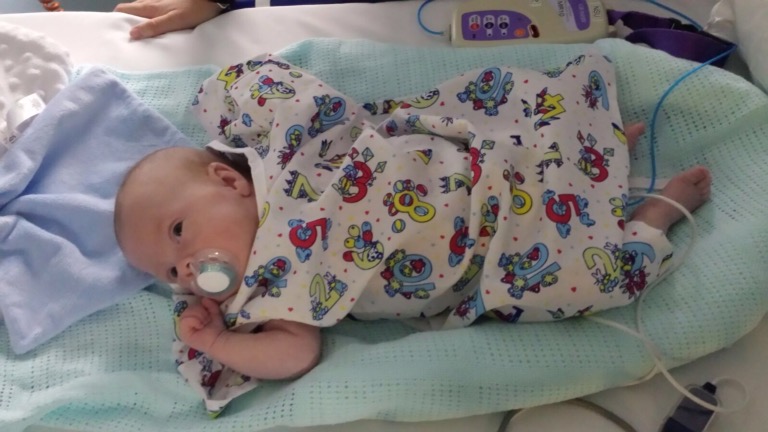 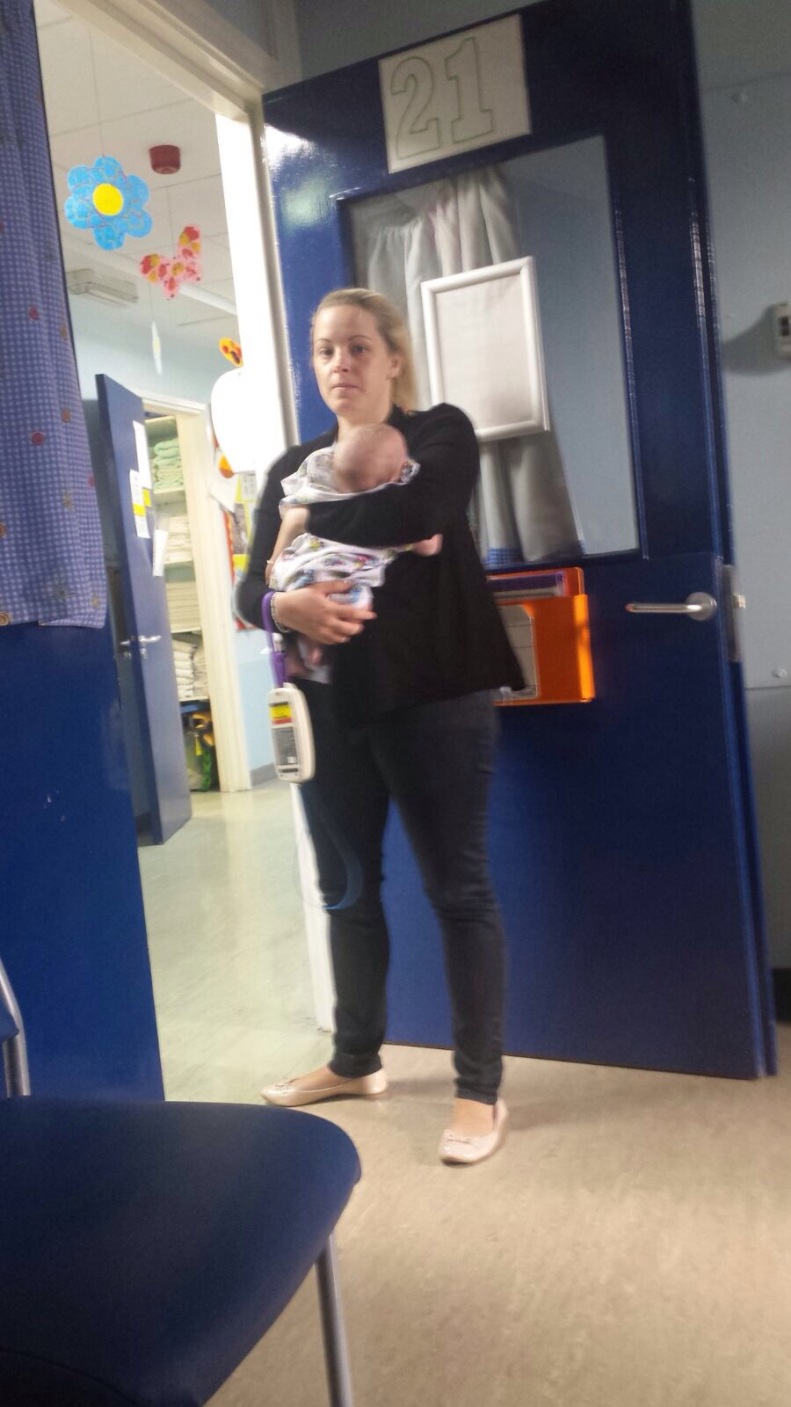 The theatre team gave us a bleeper. It went off when Austin was awake and ready to collect. We joked it was like being at frankie and bennys. We sat in the cafe and had a breakfast whilst Rory slept on the ward. Looking around there were other parents with buzzers and they looked upset, worried….with the weight of the world on their shoulders. We were joking around. Perhaps it’s time we took it more seriously, or perhaps nothing can ever be worse than giving birth to two babies at 26 weeks and not expecting them to survive. We have been in worse places.  This life is normal to us now. 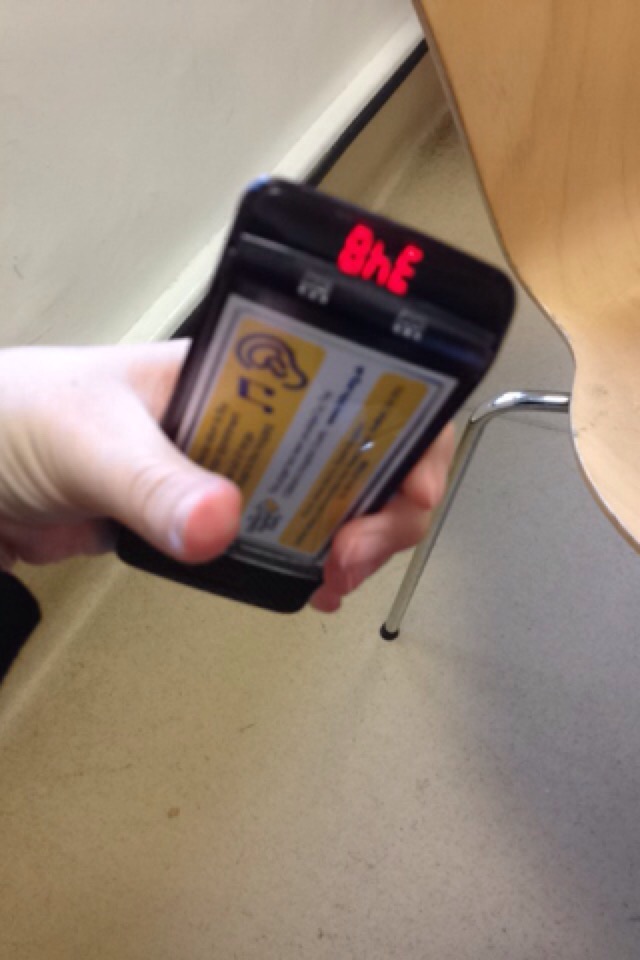 The boys cot hopped and enjoyed each others company… 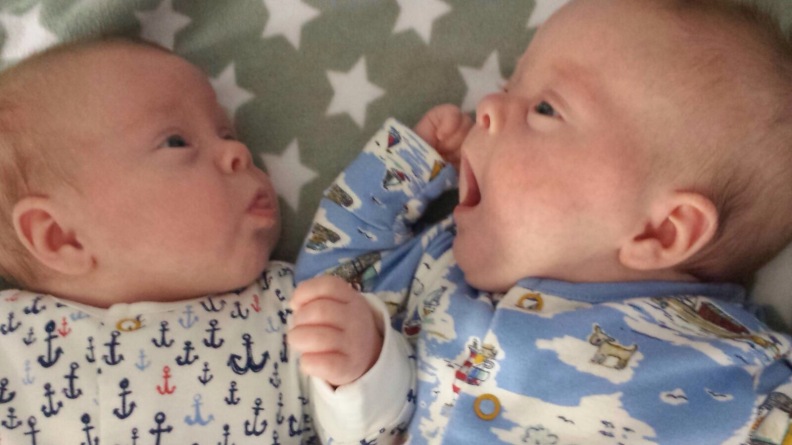 I still cherished every moment…even when the boys were screaming….(please excuse the roots, I’ve missed two hair appointments because other things have taken priority. Like my boy in intensive care – how inconveinient).

They were still being monkeys when we were waiting for home…punching each other and winding one another up…. 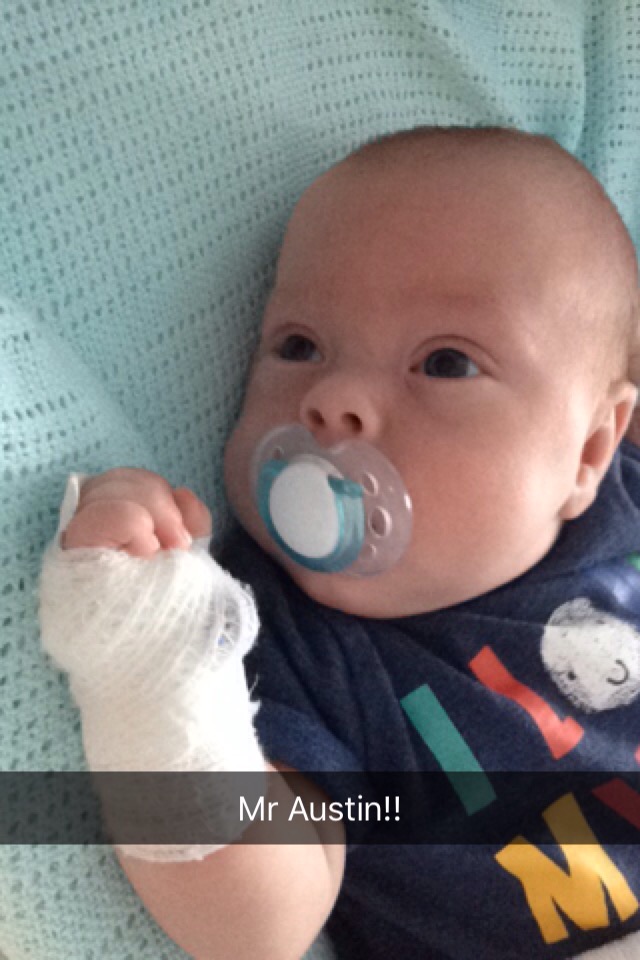 You would think they were happy to be home wouldn’t you? 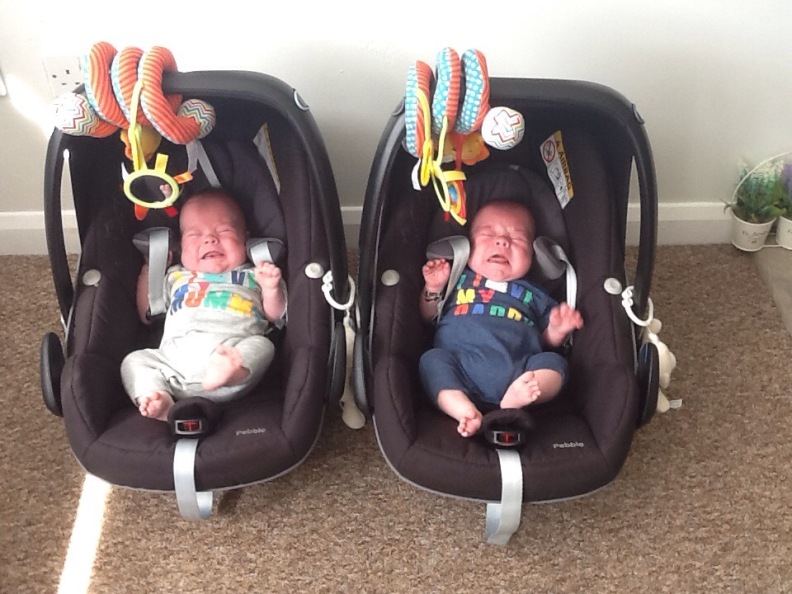 Except they don’t know this as home yet. They have spent less than 20% of their life here. We are right back at the beginning building familiarities and routine.

And we have spent two days getting to know our home, building routines again, enjoying sitting in the living room with the doors open, listening to the birds with the breeze in our face, cuddles on the soda, bath time fun with mummy, play time with beau, walks to the park, face timing the grand parents, roast beef dinner at nannies…….. 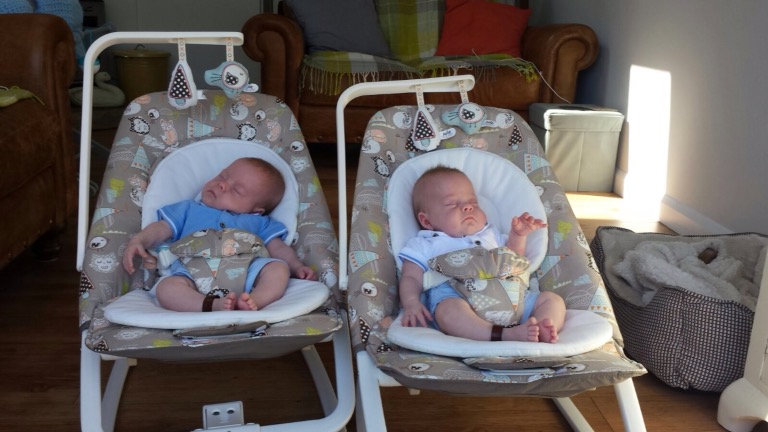 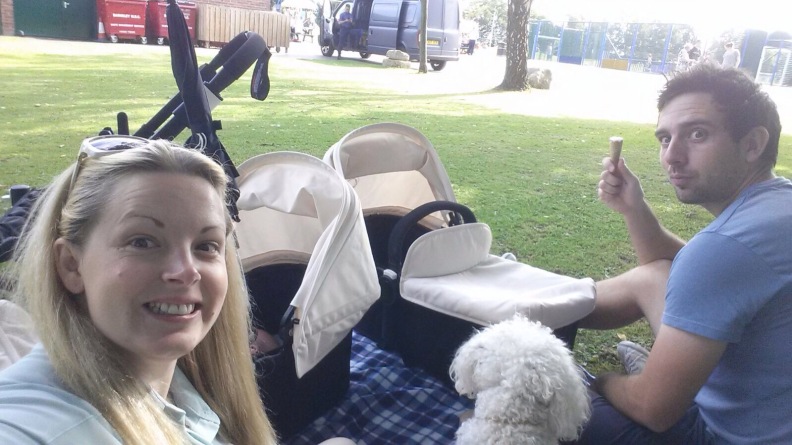 We are again grateful to everyone who helped us get through this challenge. We faced it head on as usual knowing that you lot had our back.

It’s obviously hard to not feel like a sitting duck waiting for rorys windpipe to collapse again, too frightened to go anywhere etc…. But instead we just think that there’s nothing to fear, it’s manageable when it happens as long as one of us is there (which brings its own challenge) and instead we need to make the most of every day because you never know when we will end up separated again, one half of us confined to sheffield childrens and ash and I swapping in the car park.

On a lighter note…..my devoted baby daddy survived all by himself with Austin for 6 nights and still managed to give me butterflies when I saw him for those 5 minutes to swap over in the car park. We are so different as people that we crumble for different reasons and so hold each other together, we keep laughing and we always make time for a cuddle. I couldn’t do this without him and the jury is out on how I will cope when he goes back to work next week.

Here’s to another week of making memories!