When I called this morning there were no changes. The plan was to do a blood gas and if it was acceptable, try the boys on high flow which would mean the hats and pipes and swelling would be gone.

When we arrived, we found Austin had been put into high flow 6, his head gear and pipes removed, yet he still looked so uncomfortable and swollen.

He was so unhappy.

Yesterday we took some dummy’s that Aunty Mandy & Aunty Chloe bought for them, so I slotted it in, gave him a firm hand on his body and he calmed…. 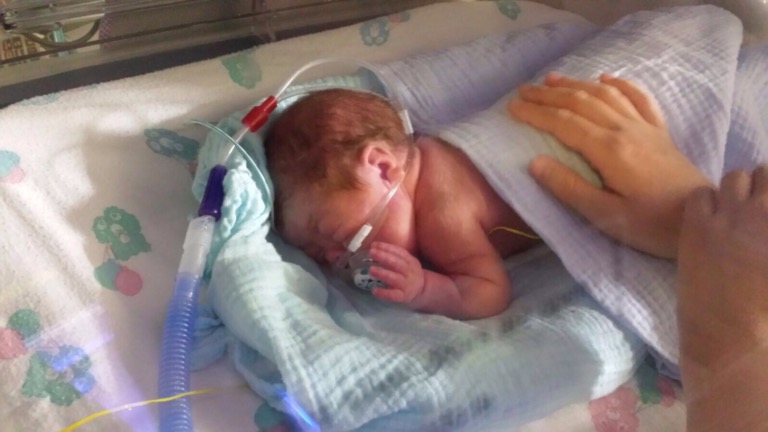 Until we let go, and this carried on for the majority of the day. He was given more antibiotics as the infection cultures were not yet back from the lab.

On the other hand, Rory was still on his Cpap. 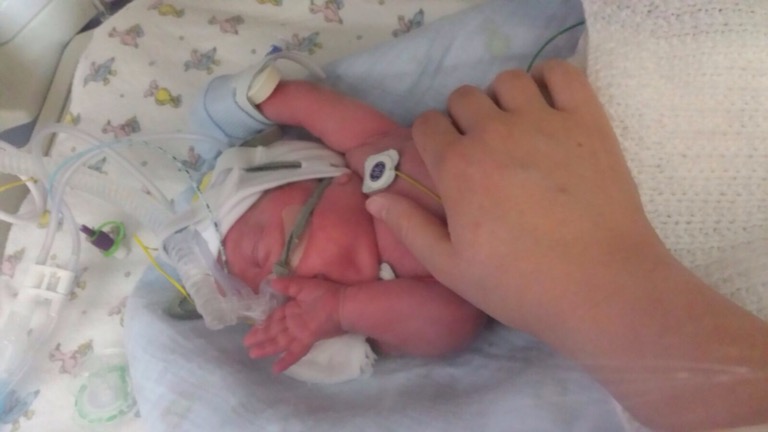 Unhappy, uncomfortable, uncontrollable and swollen. So uncontrollable that I had to pin him down for the full time it took his antibiotics to infuse through his cannula because he was thrashing around that much, he kept knocking the machine off.

We left as soon as we had managed to settle them so that they could rest and with full reassurance that Rory would soon be put on the high flow and free of his head gear too.

It was weigh day today.

We arrived home to a bag on the step. With an orchid in it, from Katy & Shaun, how thoughtful. Since my mini meltdown (playing it down slightly) I’ve had no end of messages and it really is overwhelming. Thank you huge amounts.

To top off the day, Big Sister Beau Jangles decided that she wanted in on the drama and had a fit. Poor little doggy. She eventually came round although is now lay staring at her treat as if she has forgotten that she is supposed to eat it.

Another day in paradise!