It was 1:30am and the phone rang. I sleep with it under my pillow so that it will wake me. I sat bolt upright and answered in a panic. I’d only rang to check the boys were ok at midnight before resting my head for the night….but as we already know, a lot can change in no time at all and so it wasn’t too surprising that we were back on that roller coaster already! The voice at the other side explained that Austin had been moved back into intensive care because his oxygen levels had increased and the Dr had decided to put him back on Bipap breathing support, do a chest X-ray and take blood cultures before giving antibiotics in case of infection. I thanked the nurse for letting me know, put the phone down, turned to ash and sobbed. I wanted to go to the hospital but knew there was nothing I could do and that’s what hurts the most, I couldn’t even go through and hold him. I’d be standing there watching him struggle through a porthole of the incubator. So…I swallowed my motherly instinct and tried to get back to sleep….failing miserably.

I faced today needing scaffolding poles to keep my eyes open and looked worse than when I’d just given birth. I carried a huge stress headache around too.

We arrived at the hospital and found Austin in the corner of room 3. Just as we peeked at his little face the Drs turned up for ward round – very happy mummy. The Drs explained that as soon as he had arrived in intensive care and was put back on Bipap, his oxygen levels came right down to 38% and so the Drs gave him benefit of the doubt and didn’t culture him or treat him for infection, especially as his chest X-ray wasnt too concerning. There were some hazy patches on his chest but they felt that was down to him being tired from breathing on Cpap. We were relieved that he hadn’t been put back on the ventilator. The Dr said they might move him back to high dependency with his brother later today.

We went to see Rory in room 2 and the nurse said he could come out for cuddles. The Dr had agreed on ward round for him to go back to high flow 4. Good news!

I tucked Rory in my dungarees and he was super snug until he got bored and wanted to see the world…. 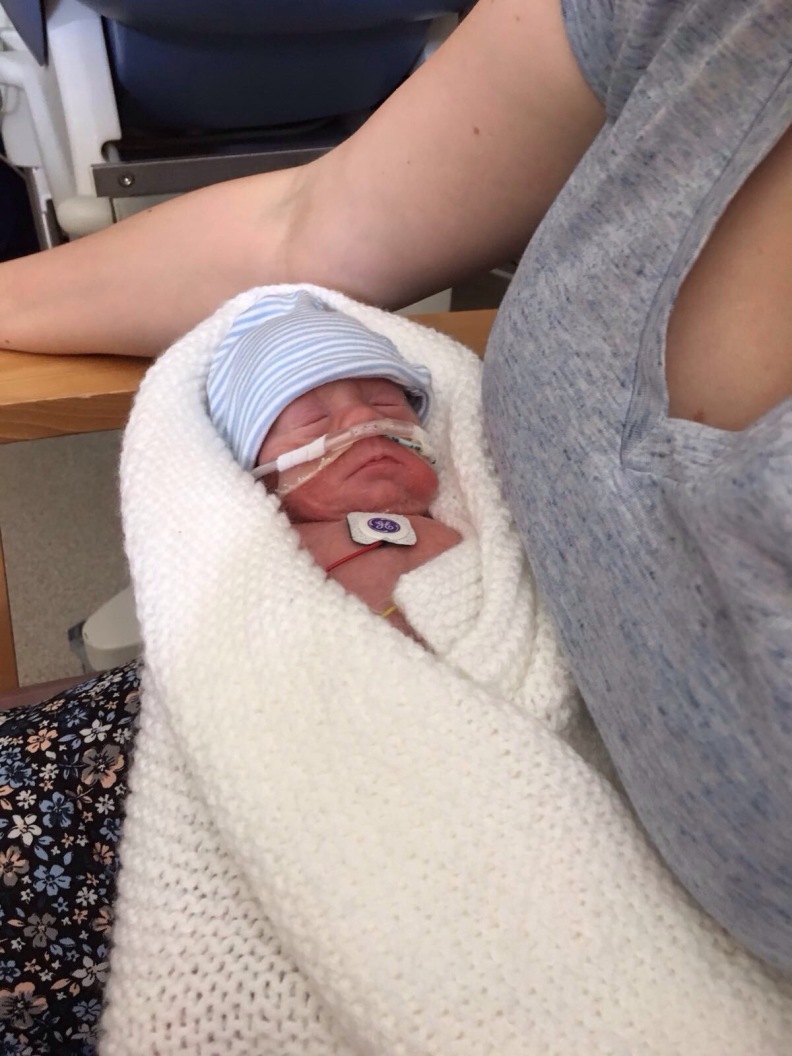 Nannie and Grandad Newborough came and then Austin was transferred back to high dependency unit….back together again… 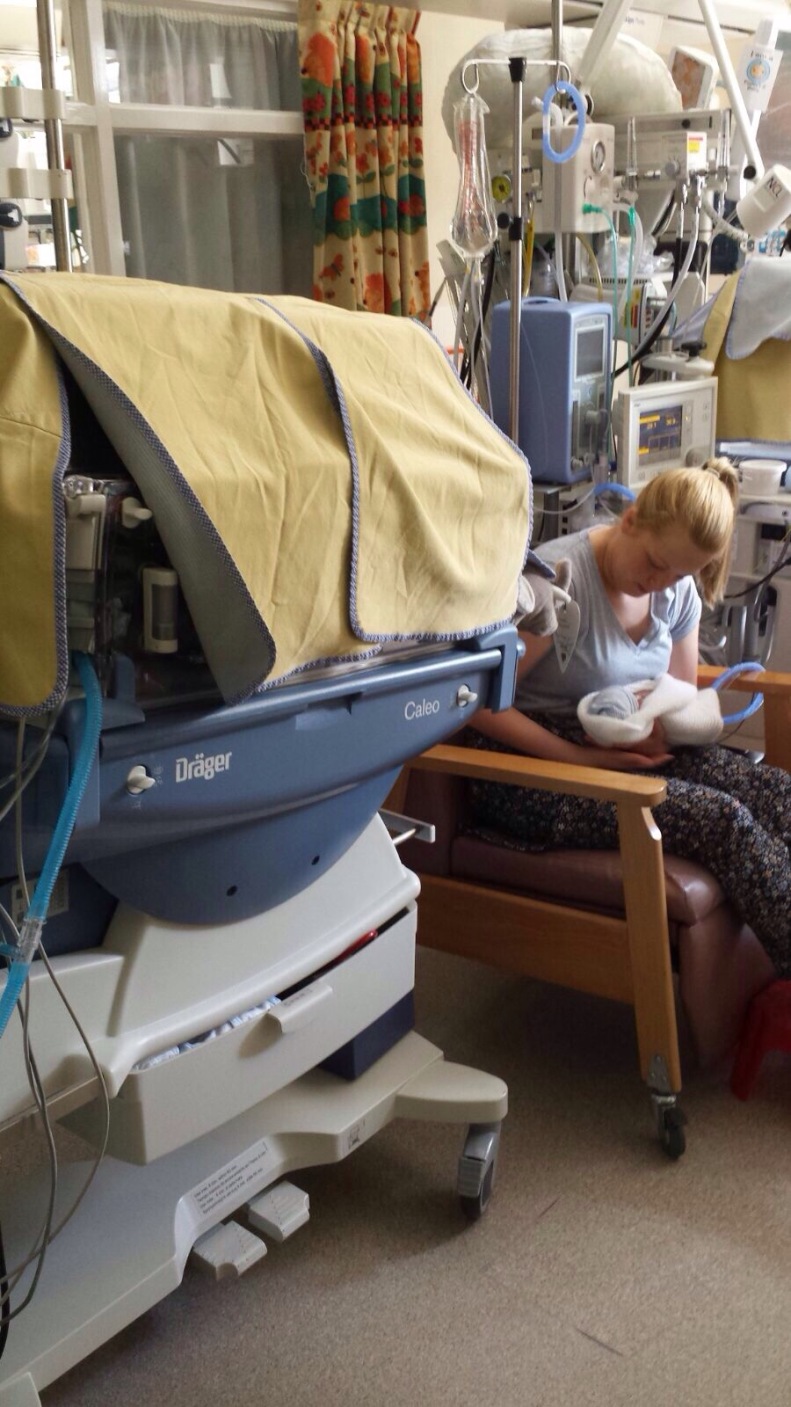 Since leaving them tonight, we have called and both are doing ok, Austin settled again and Rory is now on High Flow 3…..that boy is steaming ahead!
Almost forgot….weigh day…drum roll….

Can you believe my 2lb babies are growing so big. Well…big in comparison. They are still super tiny. I’m so proud of them!