I woke up  bright and early this morning and as I sat in the nursery, in the wooden rocking chair that my late grandad bought for mum almost 30 years ago, i watched the sun come up over elsecar and I thought…..we can do this!

My eyes scanned the room and all its contents and instead of the sad empty feeling I have felt so far, I felt hope that the boys will one day rest their heads in the cots that Grandad Hardy put together, play with the toys that daddy chose, wear the outfits that are waiting for them to grow into and most likely cause mayhem in the neatly organised room that i so carefully prepared.

I made the call that I always do when I wake up every day and the friendly voice of nurses Lucy and Nina updated us on the boys. When daddy heard them say. ‘Nina here, I’m looking after Rory’ and ‘Lucy here, I’m looking after Austin’ he fist pumped the air, trusting the pair of them completely with the most precious thing in the world. Both boys had been settled through the night and although they had ad some more blood pressure their tube it wasn’t a huge amount and all of their other monitors were fine. They had not had any negative reaction to the medicine and they had tolerated their feeds. Lucy did say that at one point Austin needed 100% oxygen and the only thing she could find wrong with him was a wet nappy. This made us laugh. He’s going to be a handful I reckon!

Having heard the boys were fine and they had had a settled night, I went back to bed for an hours kip. As I clicked on my phone I saw an update from Emma at iris beauty room that she had free appointments today so spontaneously I booked for a facial and a pedicure. At the beginning of the week I felt guilty for doing anything other than standing beside their incubator and we have spent full days and some of the night there with nurses completing shifts and begging us to go home and rest. As our trust has built and the boys are more stable, we feel able to spend a little bit of time for ourselves just to make sure we are resting, eating and sleeping and being strong enough for each other and the boys!

Before I left the house for my pampering i had a bath and then I sat in my pants in the nursery to express some milk for my boys and ash shouts up ‘window cleaners here’…..the sheer panic set in and the mad dash to close curtains and cover up! Once they had done I opened up the curtains again, looked out of the window and as cliche as it sounds I saw a world outside much clearer…

so off I went for some birthday pampering. When I returned home ash had done some washing for the boys so that they can have their own things now that they are allowed. we made some lunch and sat and ate it on the decking with Beau Jangles in the sunshine. I opened my birthday cards (thank you everyone for your birthday wishes) and shed tears at the beautiful words written by my husband who without a shadow of a doubt has fulfilled every expectation that I ever had of him (I have high and usually unattainable expectations)! 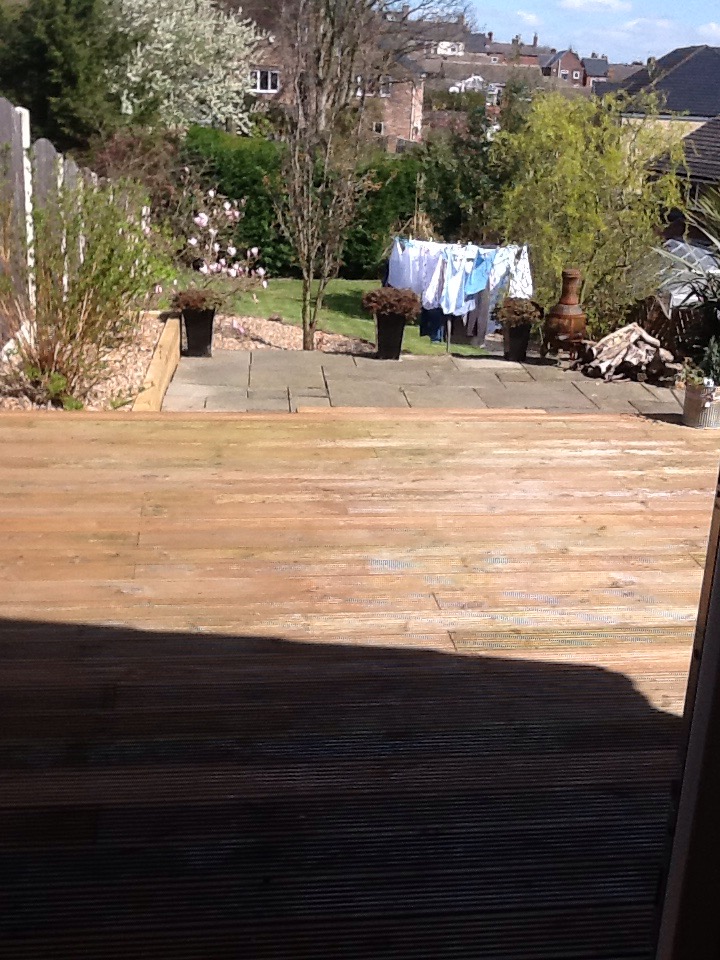 We set off to the hospital to see our beautiful boys and the main headlines from today are;

– both boys tolerating feeds and have gone from 0.8ml every two hours to 1.2ml every hour.

– Rory is coming off his ventilator tomorrow all being well – trying Bipap again.

– no negative reactions to their medicine as of yet 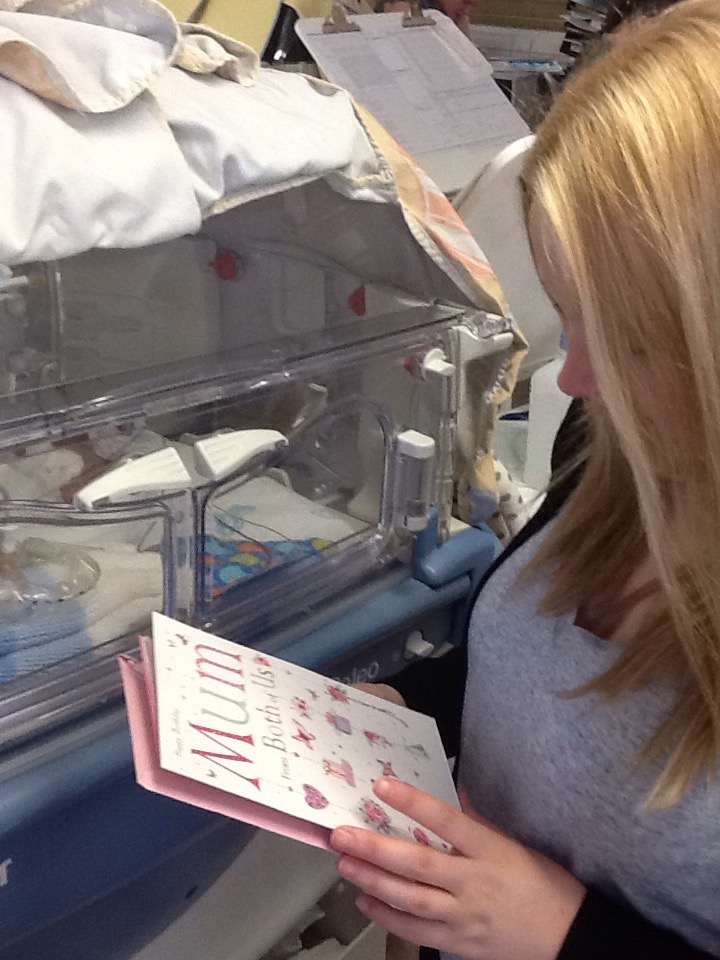 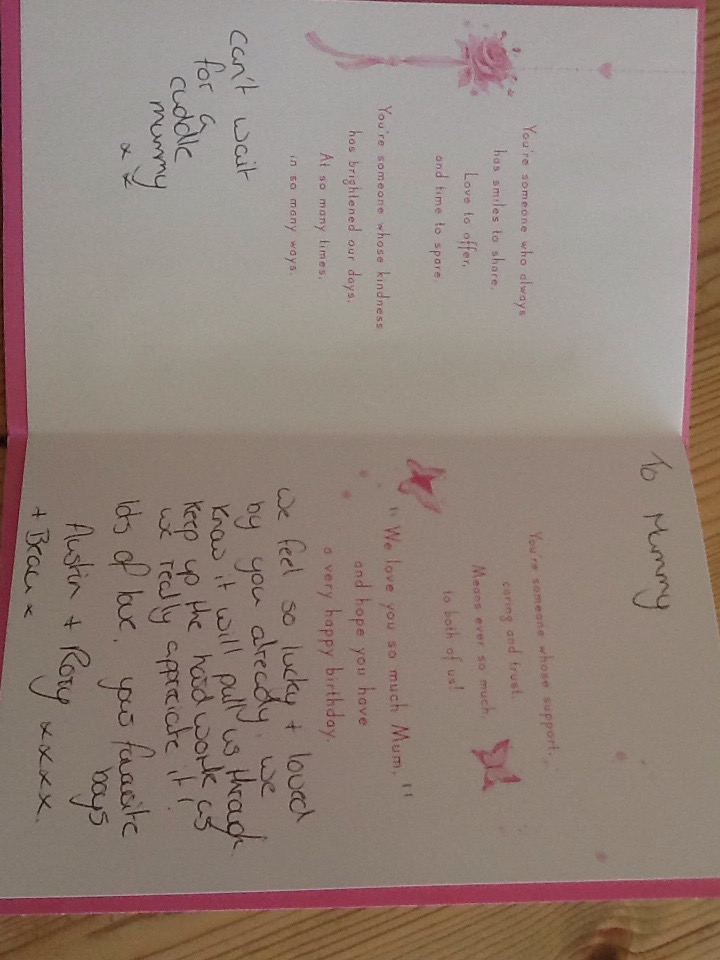 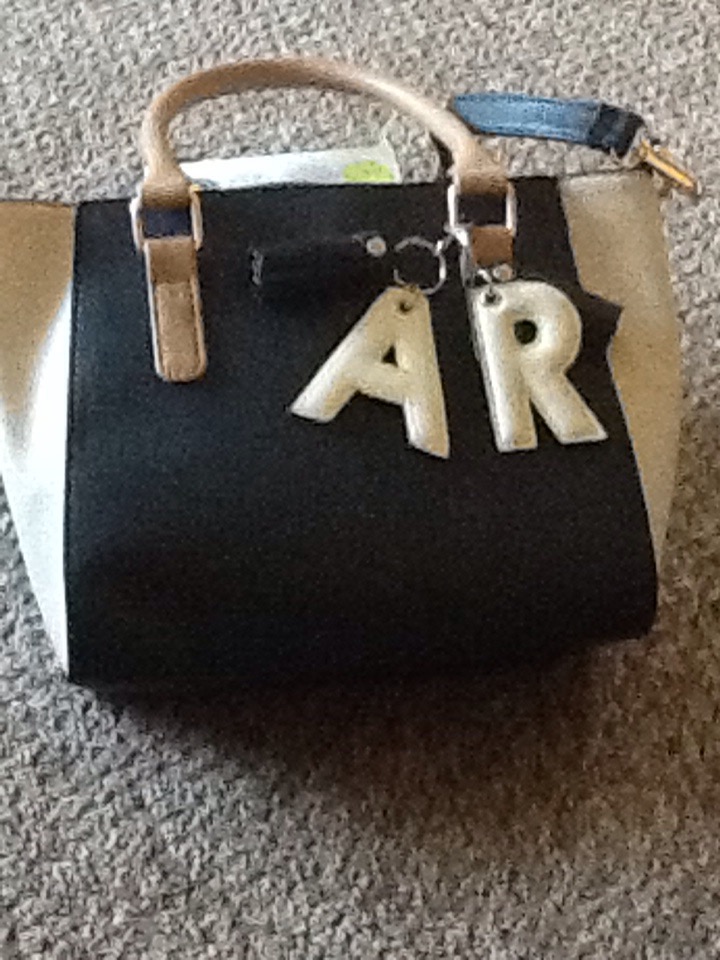 1) I fed Austin for the first time, this involved using a syringe and the tube from his tummy to suck out the contents of his tummy, test the acidity before putting the contents back down the pipe and then giving the milk the same way. 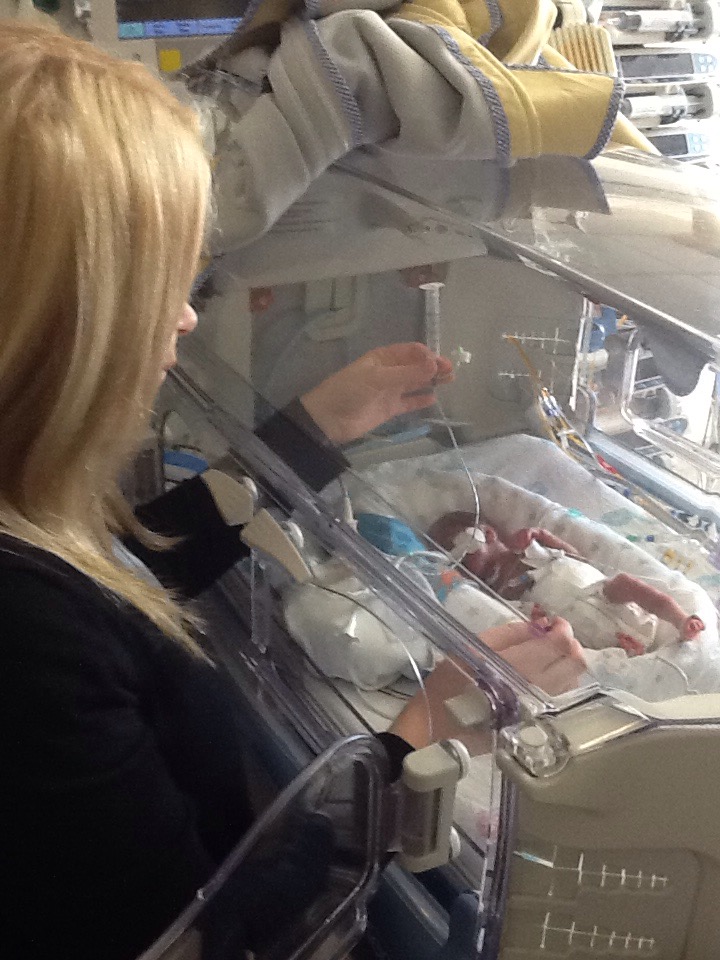 2) both boys were really settled, machines not flashing or beeping, no wriggles or cry faces (they can’t make noise yet but we recognise the cry face) and so we decided to leave. Just as we walked to the door both machines set off, looked at the boys and they both had their cry face. ash went in to do containment with Austin and I went in with Rory, as soon as they recognised our touch and our voice their oxygen requirement reduced and ash and I looked at each other in amazement of that very moment. After a while we then dare to move our hands and come out of the incubator and we snook off like pink panther to the city of Sheffield at rush hour. 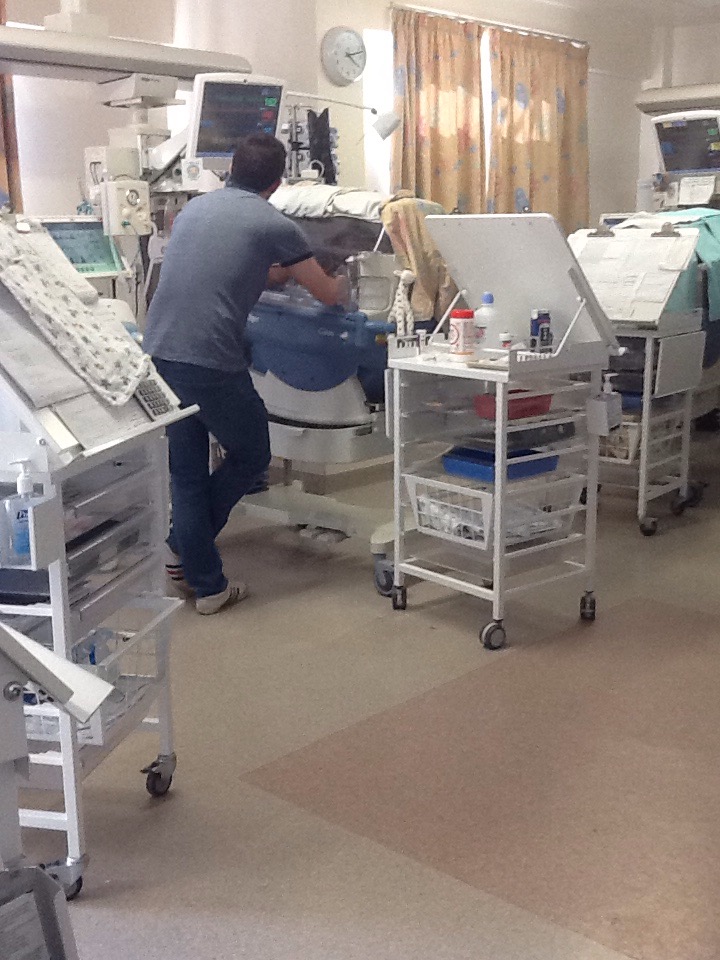 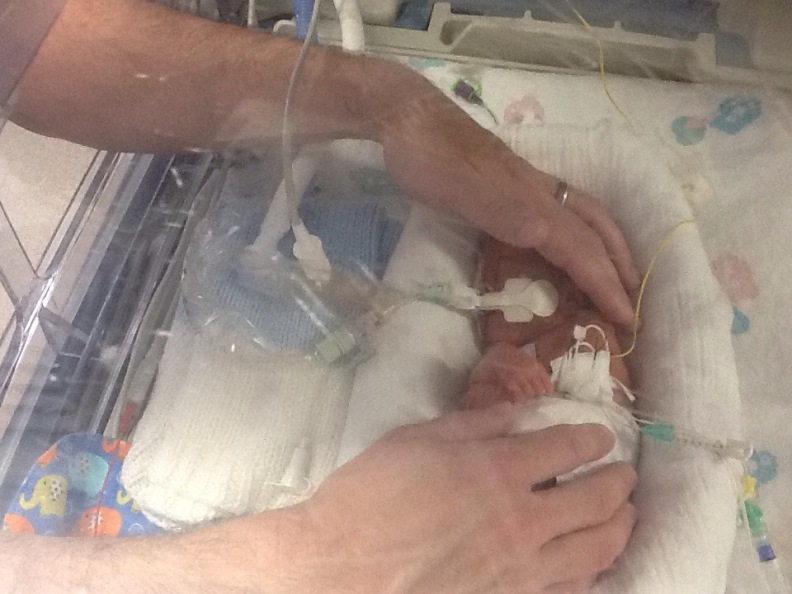 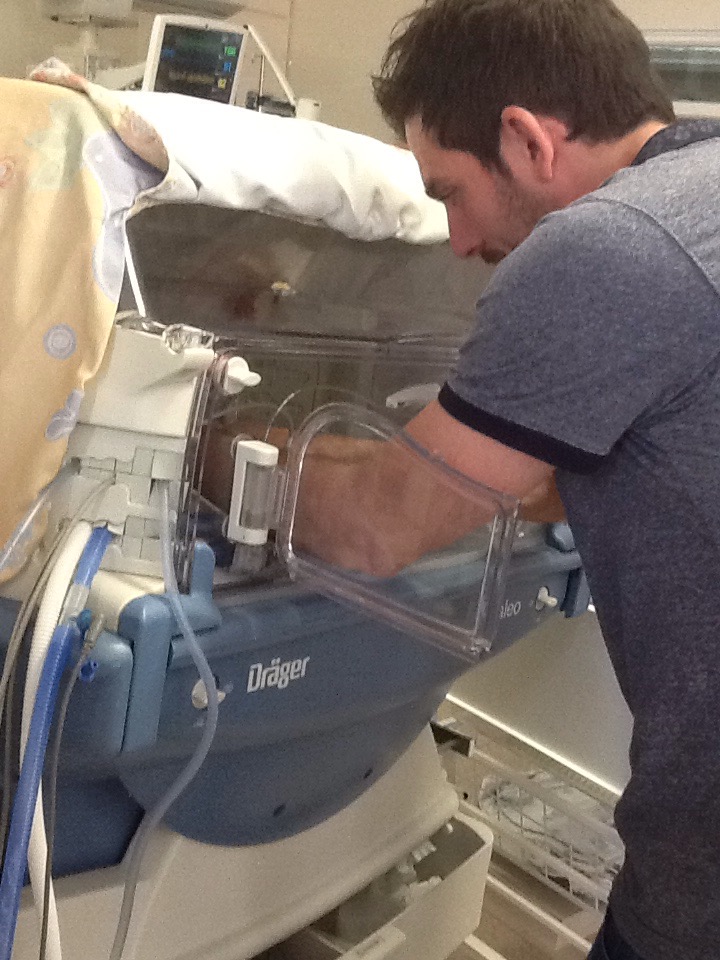 Driving home in rush hour has its perks….almost an hour cocooned inside a metal bubble with my soul mate – a time for reflection!

Over the past week we have felt proud, scared, overwhelmed, shock, love, horror and everything in between. We have had thoughts cross our mind that no parent should ever have to think…..but we finally allowed ourselves today, to think about the day we bring our boys home. The reality is though…..there is still no guarantee that this will ever happen…..however……we have allowed ourselves to believe that it can!

I thanked Ash for being so amazing and he said ‘I’m just following you duck and doing what your doing’. It’s true what they say…you are stronger than you think because I feel that I’m leaning on ash……truth is without each other we’d be useless!

Ash is not a man of many words, nor is he one to share his emotions but he tried to express how he feels towards me and the boys earlier and he reduced me to tears! He said that his highlight of the week was when the boys held his hand and when Austin responds better to him than anyone else. He was also very clear that these boys will be able to catch because kids who can’t catch do his head in!

Aunty Charlotte helped Austin & Rory to make me feel very special too, with a red rose from each of my beautiful boys…. 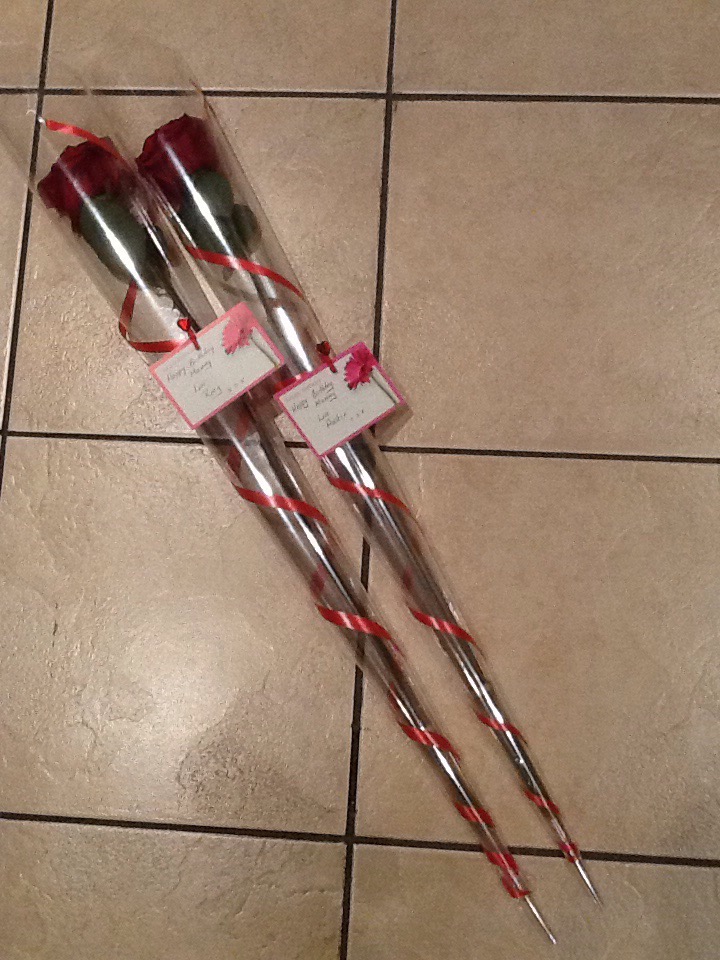 Let’s hope tomorrow is as positive as today…..🙏

3 Replies to “The window cleaner came….”